Recovering sergeant just ‘one of the guys’ 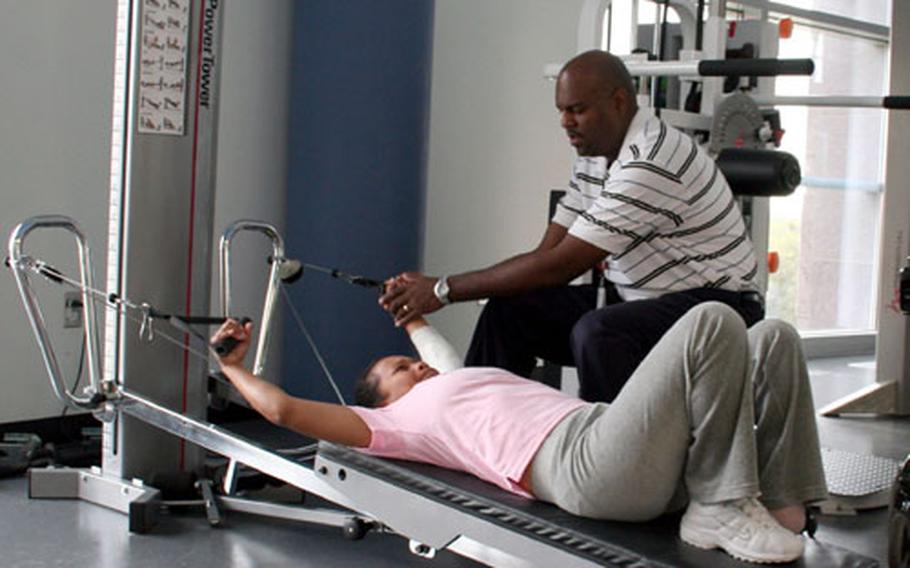 Army Sgt. Lilina Benning works with trainer Troy Hopkins on arm strengthening exercises at the Center for the Intrepid. Benning lost her left foot and suffered shrapnel damage to her arm in a rocket attack in Iraq on Sept. 11. (Leo Shane III / S&S)

When Army Sgt. Lilina Benning was being transferred to the center to continue her rehab, officials warned her she would be the only woman amputee in the ward.

Benning, a 36-year-old who lost her left foot in a September rocket attack, spends about two hours a day exercising in the center&#8217;s gym and another few hours in occupational and physical therapy sessions a floor above.

Her left arm was torn and fractured by shrapnel from the rocket, and she still has limited use of the limb.

Benning, who is originally from Micronesia, hopes to stay in the Army despite her injuries. She is still awaiting her prosthetic and is months from a medical review board, but she remains optimistic.

Just a few weeks after her injury staff at the center already had her working towards that goal, running her daily through a combination stretches, weight lifting and sit-ups.

But she grunts through them, in part because she keeps hearing that she can&#8217;t. Since she arrived in October, two other women have begun rehabilitation work at the center, but Benning remains a favorite target of &#8220;the guys.&#8221;