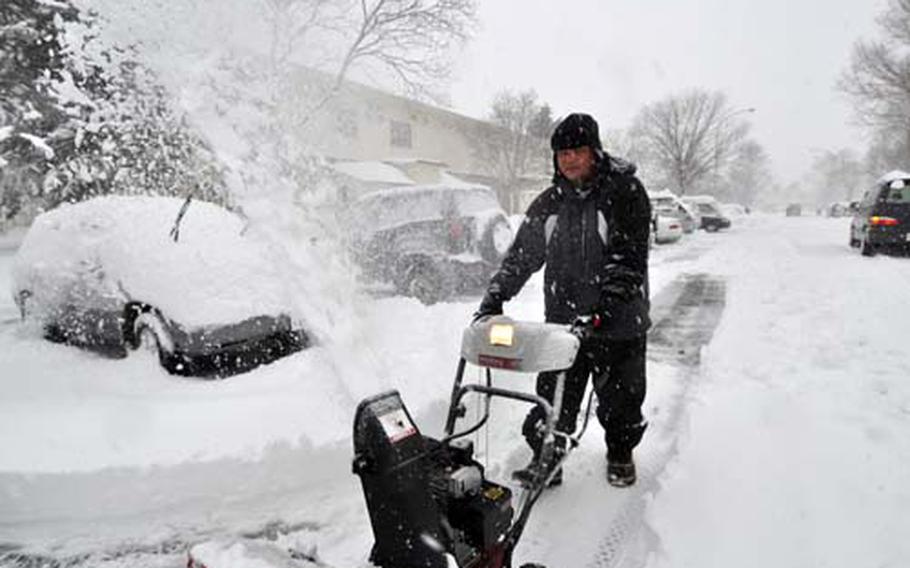 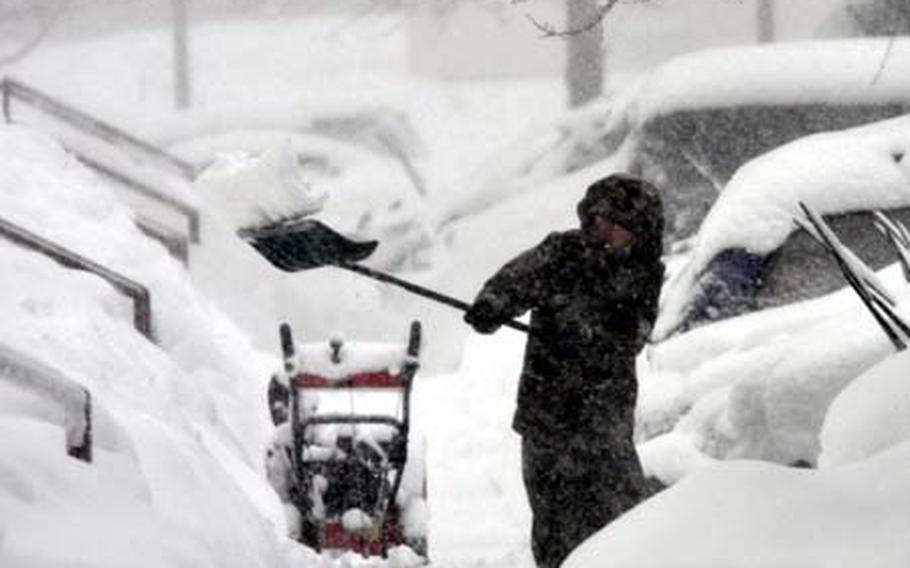 A housing area resident digs out his sidewalk Wednesday during a blizzard that hit Misawa Air Base, Japan. (T.D. Flack / S&S)

MISAWA AIR BASE, Japan &#8212; U.S. military officials closed Misawa Air Base on Wednesday as a blizzard swept across northern Japan, dumping a record-setting 20 inches of snow on the base by mid-afternoon.

Misawa base weather officials said they expected about 25 inches by midnight Wednesday, 24 hours after the storm struck. The snows were expected to continue through Thursday.

Even as snow continued to fall, Aomori Meteorological Observatory officials said the 20 inches of snow was the most recorded in a single day during March since 1953.

Early Wednesday morning, base officials announced that Department of Defense Dependent&#8217;s Schools would be closed and there would be a two-hour delay for those reporting to work. The base later announced that nonessential personnel could be released, giving priority to those living off base.

The clubs, commissary, post exchange, banks and other activities were closed throughout the day.

Base residents were warned of blizzard whiteout conditions and were urged to stay off the roads.

Many residents took to the sidewalks and parking areas with shovels and snow blowers, trying to clear huge drifts that nearly buried some cars.

Shortly after 4 p.m., the base downgraded the warning from blizzard conditions to heavy snows.