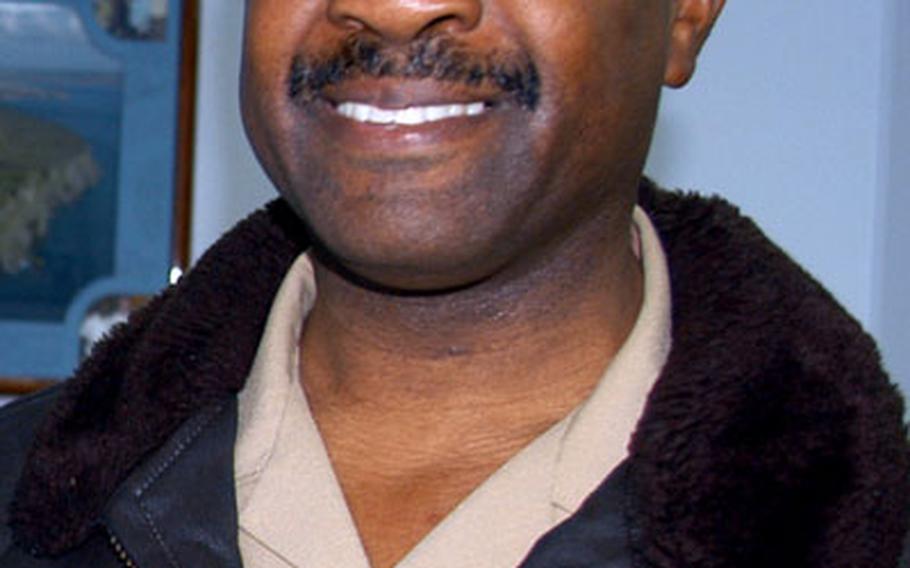 As co-pilot on a mission with an air crew he&#8217;d not worked with before, he was instrumental in getting the P-3 safely over Alaska&#8217;s Aleutian Islands.

Crewmembers afterward congratulated him on getting the plane to a remote base the Navy once maintained on Adak Island.

They told him they were glad he was there.

&#8220;That was a point of recognition for me,&#8221; Johnson said Saturday in a phone interview from the Philippines.

After 28 years in the Navy, Johnson continues to focus on getting the job done.

At 49, he&#8217;s pinned on his second star at Misawa Naval Air Facility, from where he directs the Navy&#8217;s 5th and 7th fleet maritime patrol and reconnaissance operations.

He said he&#8217;d still like to see more minorities in the Navy&#8217;s senior leadership but that takes time: A company like IBM or Apple can buy into the best talent on the market but in the military, &#8220;we have to grow that from ground zero.&#8221;

To young minority sailors just beginning their career, his advice: Don&#8217;t automatically assume prejudice is to blame when something doesn&#8217;t go their way. &#8220;Keep trying and develop your competency and skills so you can prove your value to everyone around you,&#8221; Johnson said.

An Air Force brat, he spent his childhood mostly in Texas and Germany. His role models started with his parents, Arthur and Delores Johnson, who grew up in Mississippi and came of age during the racially divisive 1950s.

&#8220;They taught me to have high standards and persevere regardless of the challenges facing you,&#8221; the admiral said.

” Johnson said, “and I know that full well.”

His parents, church leaders from his youth and godparents are “still cheering me on, encouraging me to keep doing what I’m doing.”

Wanting to be a dutiful son, Johnson almost followed in his father’s footsteps after earning a nomination to the Air Force Academy.

But his dad, a retired technical sergeant, told him to follow his heart “

‘because you have to live with that decision, not me,’ ” Johnson recalled.

Landing at the Naval Academy took years of hard work, determination and grit.

Johnson’s early schooling was memorable — because of fights, not friends. In 1963, he, his sister and two neighbor kids were the first blacks to enroll in a San Antonio elementary school.

The first two weeks of first grade “was nonstop fighting,” Johnson said, “and I do mean physical altercations. It was pretty dramatic for a first-grader.”

But he stayed in school and eventually became friends with some of the same kids who initially fought integration, he said.

He said it gave him perspective: “Don’t get bogged down in the here-and-now … always try to shoot for that better future.”