Rear admiral gets 1 job with 2 commands 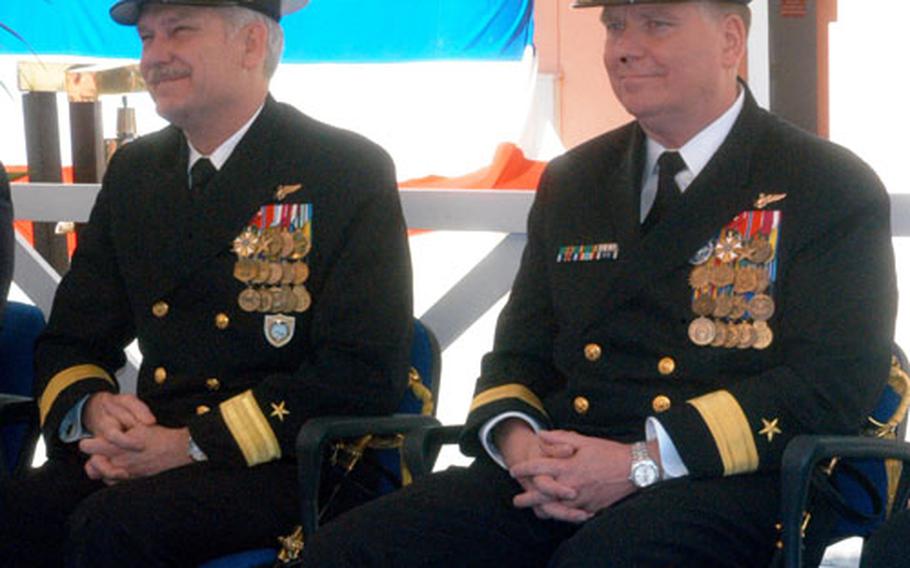 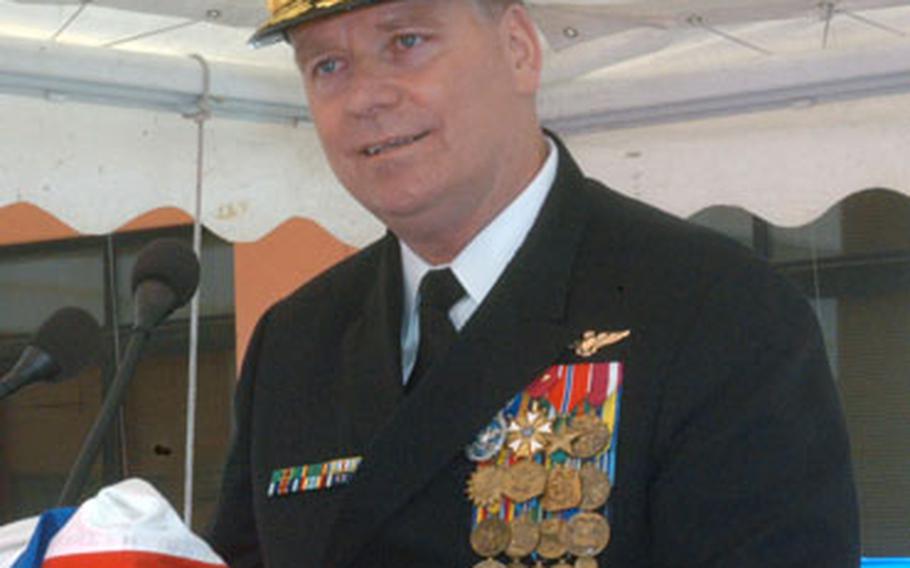 In a ceremony Monday morning at the Navy base on Capodichino in Naples, Italy, Rear Adm. Michael R. Groothousen turned over command to Rear Adm. David J. Mercer, who arrived in Naples on Easter Sunday. The position Mercer now holds is twofold: He serves as commander, Navy Region Europe and commander, Maritime Air, Naples.

Mercer came from Washington, where he served as director for the chief of naval operations&#8217; think tank known as Deep Blue.

In his remarks, Groothousen spoke of global changes that have taken place over the past few decades that had a direct impact on the size of the military in Europe.

&#8220;(The world) has changed enough that we must adjust our force levels, both U.S. and NATO, to accommodate the resources that are available to us, as we compete with other national demands,&#8221; Groothousen said.

Some of those changes included the closing of the command headquarters in London, the departure of the submarine tender USS Emory S. Land, and the closing of Naval Support Activity La Maddalena in Sardinia.

In his other role, Mercer also is responsible for Maritime Air Naples, a NATO component that controls maritime air operations in the Mediterranean. He said he is looking forward to both jobs.

&#8220;They&#8217;re incredibly different. NATO is one of the only alliances in the world that has such cooperation with the militaries,&#8221; he said. &#8220;And the prototype for that cooperation has always been the navies. We have always had close ties with all the NATO nations.&#8221;

Mercer said that during his tenure he will work toward the continuing transformation to a leaner force.

&#8220;We have an infrastructure that supports a Cold War Navy. We have to get that aligned. I think most of that has happened already, and now we&#8217;re in a position of making efficiencies where we can. It&#8217;s not just the Navy. We have to keep our eye on what the entire military needs.&#8221;