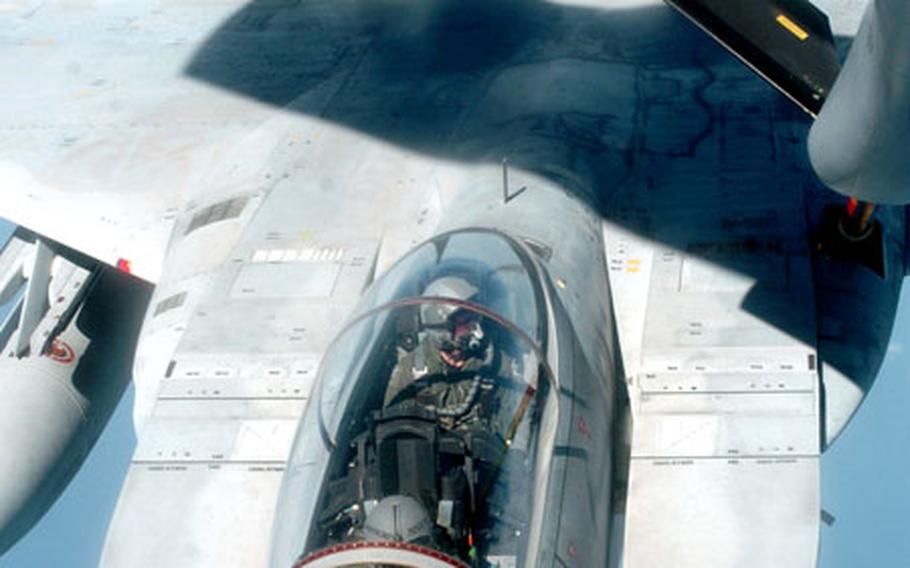 CAMP FOSTER, Okinawa &#8212; High on the list of things being considered during bilateral talks on realigning U.S. forces in Japan is improving the ability of Japan&#8217;s Self-Defense Forces to work with their American counterparts, according to U.S. Forces Japan.

&#8220;Lately we have been discussing how we might improve the level of interoperability between our respective military services on both sides of the alliance, and how we might operate more effectively as a joint and combined force through shared command and control structures,&#8221; said Col. Victor Warzinski, USFJ&#8217;s director of public affairs.

Warzinski made the statement in response to Japanese press reports that the two sides were discussing relocating the headquarters component of the III Marine Expeditionary Force from Okinawa to Guam.

According to anonymous Japanese sources quoted in a Sankei Shimbun report on Wednesday, the move of the Marine unit would be in exchange for accepting the headquarters component of the U.S. Army&#8217;s I Corps from Fort Lewis, Wash., to Camp Zama, near Tokyo.

Warzinski declined to comment on the specifics of the Sankei report.

&#8220;We continue to meet with the government of Japan on a wide range of issues concerning the Global Posture Review and Defense Policy Review Initiative,&#8221; he said in an e-mail response to a Stars and Stripes query, adding that Japanese press reports on the talks are &#8220;generally inaccurate.&#8221;

Naoki Kumagai, deputy director of the Status of Forces Agreement Office of the North American Bureau of the Japanese Ministry of Foreign Affairs, said the possibility of moving some Marine operations outside Okinawa is being reviewed.

U.S. and Japanese officials are engaged in ongoing discussions on how to realign and possibly reduce the number of U.S. forces in Japan while maintaining the Asia region&#8217;s stability. The United States stations about 44,000 troops in Japan &#8212; more than half of them on Okinawa, where local officials are pressing for downsizing the 19,000 Marines based on the island and closing some bases.

While acknowledging Okinawan calls for reducing the number of Marines on the island, Warzinski stressed the servicemembers&#8217; importance to the U.S.-Japan Security Treaty.

&#8220;While we are sensitive to the concerns of the people of Okinawa, we also believe that the benefits of having Marines in Japan significantly outweigh the so-called burden of our presence,&#8221; he said.