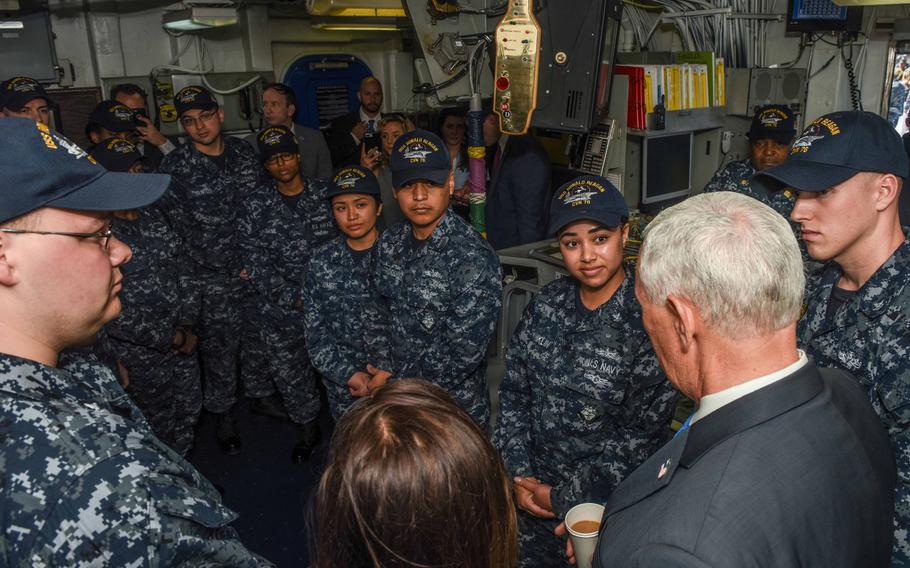 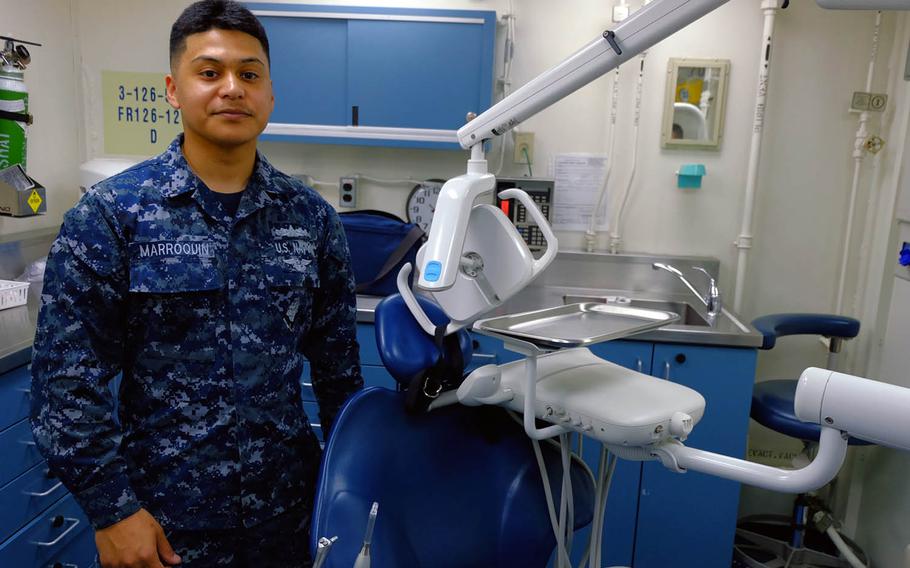 YOKOSUKA NAVAL BASE, Japan — A sailor was awarded the Navy and Marine Corps Achievement Medal and got to meet the vice president after using his medical skills to help save an elderly woman’s life on a flight to Japan.

Hospital Corpsman Christopher Marroquin, a dental technician on the Yokosuka-based USS Ronald Reagan, responded to a call for medical personnel during the April 11 flight to Narita International Airport.

Marroquin helped a doctor perform CPR and used an automated external defibrillator to revive the 80-year-old woman, who had stopped breathing and lacked a pulse.

Japanese emergency workers took charge of the woman after the plane landed, and her exact medical condition was not released.

Marroquin, who received the medal on Friday, said his medical training gave him the confidence to render aid.

“It’s a weird feeling when you actually know what to do when something is wrong,” he said. “I wouldn’t have even [left the seat] if it wasn’t for my training.”

“I feel other people make a bigger deal out of it than I do … I honestly though it was going to be just a good story to tell people and that would be the end of it,” he said. “Next thing you know I’m going up for an award and meeting the vice president.”