Ready to earn their khakis 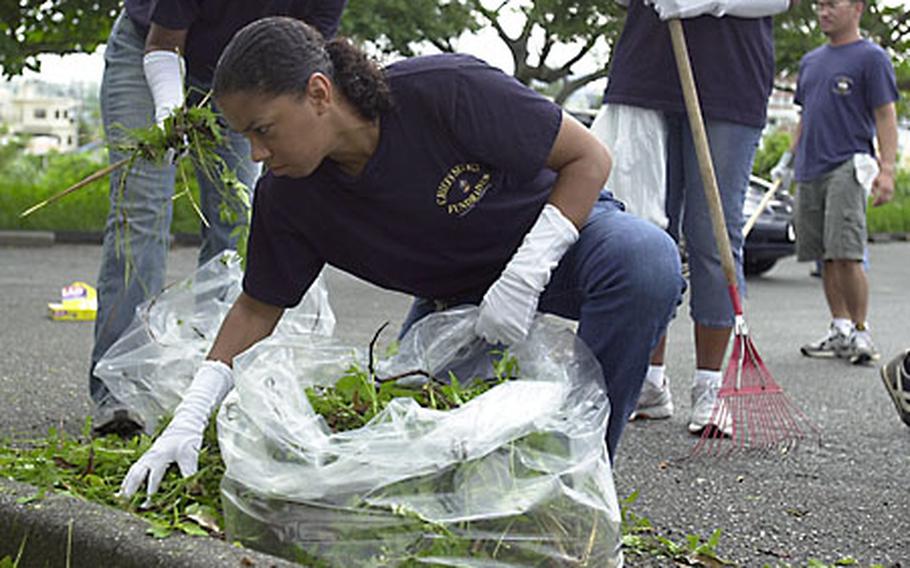 Chief Petty Officer (sel.) Edith LaFrazier, 36, from San Pablo, Calif., with Marine Wing Headquarters Squadron 1, bags leaves and grass at the Okinawa Children&#39;s Zoo in Okinawa City on Sunday. About 36 chief petty officer selectees were at the zoo cleaning up as part of a community-service project. (Cindy Fisher / S&S)

Chief Petty Officer (sel.) Edith LaFrazier, 36, from San Pablo, Calif., with Marine Wing Headquarters Squadron 1, bags leaves and grass at the Okinawa Children&#39;s Zoo in Okinawa City on Sunday. About 36 chief petty officer selectees were at the zoo cleaning up as part of a community-service project. (Cindy Fisher / S&S) 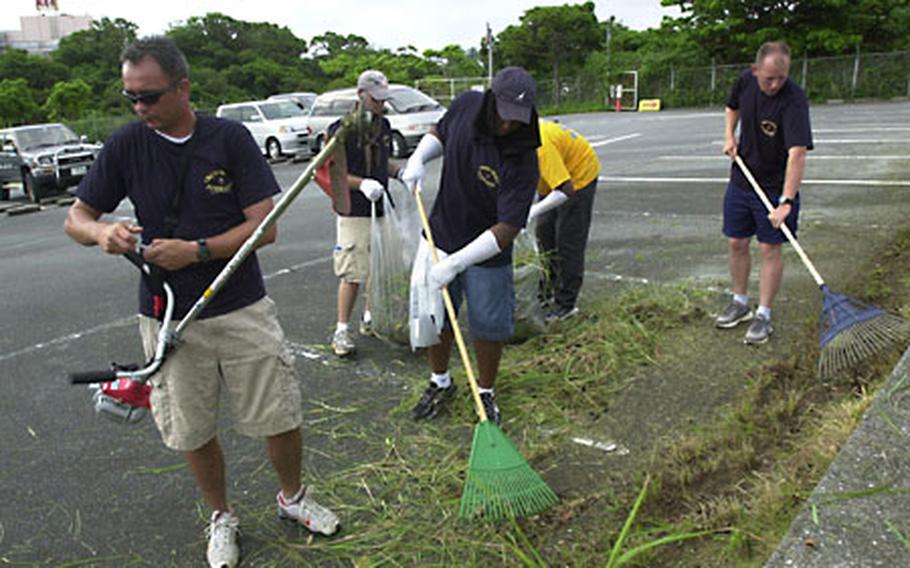 Some 4,170 sailors are preparing for a career milestone this year &#8212; pinning on the rank of chief petty officer.

But those already wearing the uniform say it takes more than putting on khakis and a set of fouled anchors to make a chief.

So, chief selects first go through a training period to ensure they are prepared to be the Navy&#8217;s technical experts and enlisted leaders when they don their khakis Sept. 21.

&#8220;Only in the Navy do you have a rank with a transition time of eight weeks because there is so much responsibility associated with it,&#8221; he said.

At Yokosuka Naval Base in Japan, induction training is done in addition to prospective chief petty officers&#8217; normal jobs. The selectees and chiefs coordinate training PT together three times a week and then find time for classroom training.

Chief Petty Officer (sel.) Benigno Adones said that although time management was a challenge, one of the more difficult hurdles was learning to forge the 38 selected chiefs at Yokosuka into a team.

&#8220;We have so much we have to do,&#8221; said Adones, with Afloat Training Group Western Pacific. &#8220;We approached the problem by forming multiple committees under a single class leader.&#8221;

Selectee Rafael Benton, also with the Afloat Training Group, agreed that teamwork was the focus of this year&#8217;s induction.

On Okinawa, this process of &#8220;building the team&#8221; started Aug. 12 when the 36 prospective chiefs based at units around the island met for the first time.

&#8220;We started out as a bunch of individuals,&#8221; said chief-to-be Dennis Douglas, with Commander Fleet Activities Okinawa.

But Douglas said countless hours of physical and classroom training, working at fund-raisers and volunteering within the local communities made a difference.

Once the academy concludes, they meet three times a week for PT and complete additional training on the two Fridays left before Sept. 21.

Stars and Stripes reporter Travis Tritten contributed to this report.