Reading-tape program keeps kids in touch with parents at sea 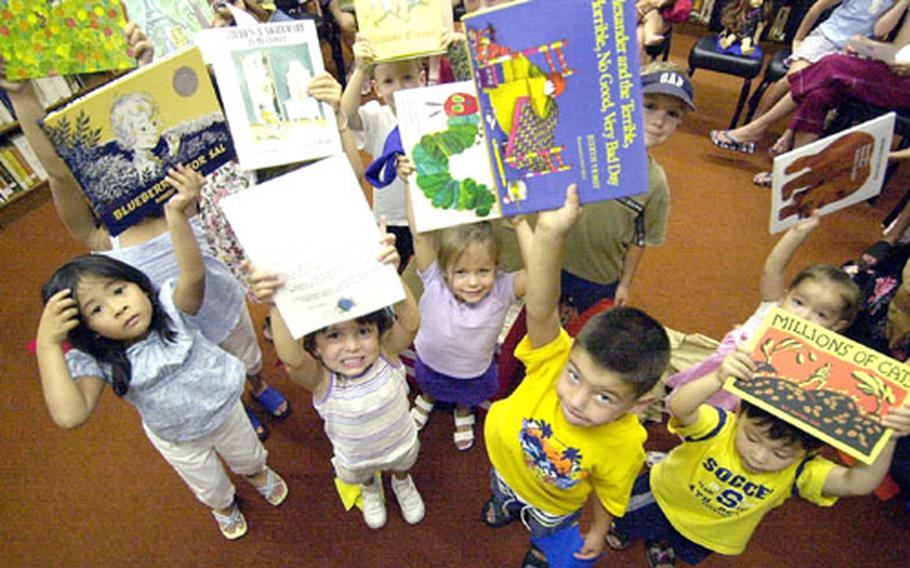 Yokosuka Naval Base kids hold up newly-donated books at the base library. The books were donated by the Alpha Delta Kappa sorority. (Jim Schulz / S&S)

Yokosuka Naval Base kids hold up newly-donated books at the base library. The books were donated by the Alpha Delta Kappa sorority. (Jim Schulz / S&S) 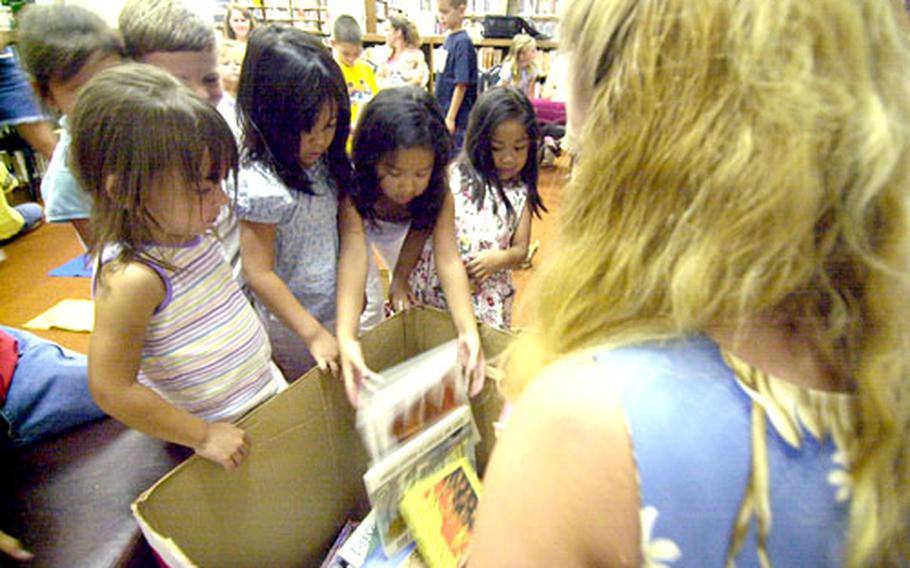 YOKOSUKA NAVAL BASE, Japan &#8212; Many years ago, when the current USS Kitty Hawk commander, Capt. Tom Parker, was a pilot aboard a ship cruising the Mediterranean, he sat on his bunk, opened a book and created a memory his family has cherished ever since.

The book was &#8220;Lemon Drop,&#8221; concerning a candy-loving zoo elephant. And Parker read it while being videotaped, and mailed the video to his son, Jake, then about 4.

A Yokosuka woman is working to provide that bonding experience for more base children and their deployed parents. Kara Dallman, a former Navy lieutenant commander who left the service to be a full-time wife and mother, is promoting a long-standing but not fully exploited military program designed to connect deployed parents with their offspring, called United Through Reading.

Dallman received a $2,500 donation for books from the Yokosuka Officers&#8217; Spouses&#8217; Club. On Tuesday, she had children, at the base library for a weekly story time, open a box of books donated by the Virginia-based Alpha Delta Kappa sorority of women educators. She also sent letters home with the kids describing the program, sponsored by the Family Literacy Foundation. Part of the idea, she said, is to &#8220;get them reading, and good literature, too. There are beautiful books some children have never seen before.&#8221;

Dallman and a group of coordinators ensure children&#8217;s books and mailers are brought aboard ships before they deploy; on-board coordinators then schedule taping times and make sure the tapes get mailed. Dallman also is working to get the same books for children to follow along with at home, while the tape plays.

Lt. Cmdr. Jim Jones, who&#8217;s on the Seventh Fleet staff, participated in the program years ago when he was based in San Diego, aboard the USS Princeton. He then helped get it going locally on the USS Cowpens.