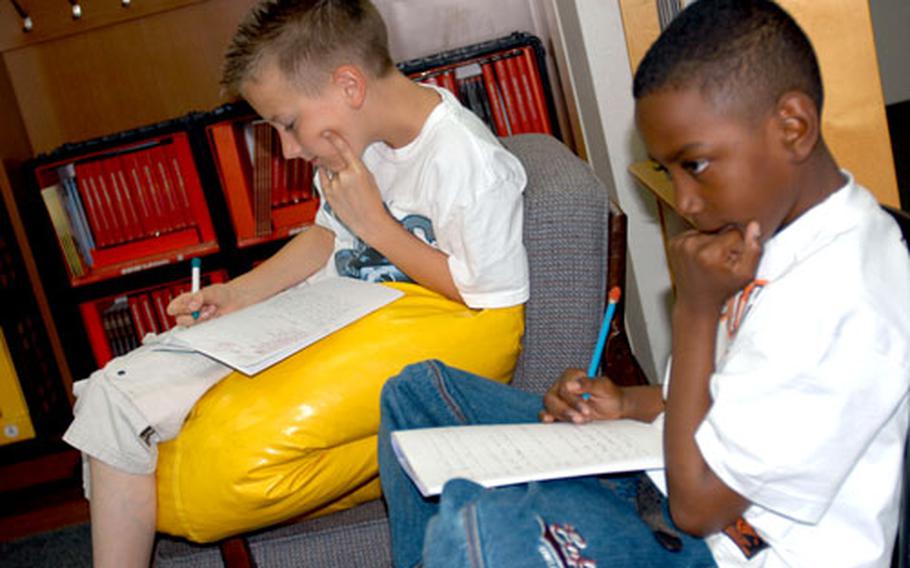 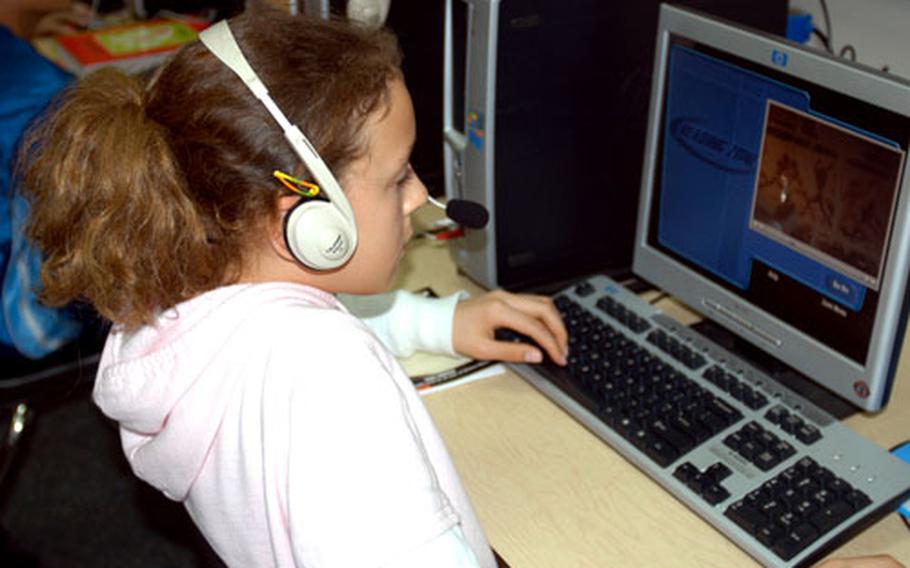 Fifth-grader Madison Hanlon watches a video in Read 180 class. Students first see a video about a topic and then read about it and answer questions. (Jennifer H. Svan / S&S) 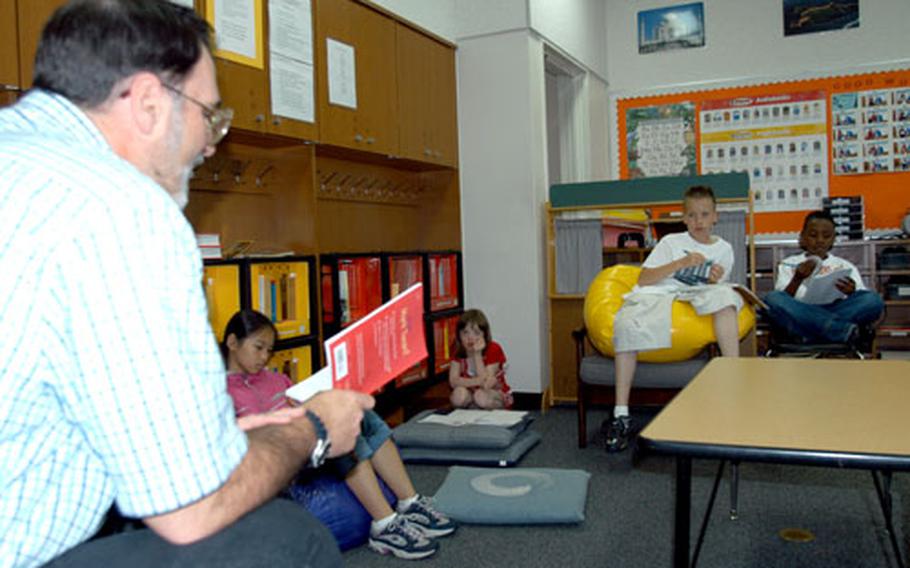 Cummings Elementary School Read 180 teacher John McNeal leads students in a book discussion about Mark Twain on May 31. The Read 180 program for struggling readers was introduced this year to all elementary schools in Department of Defense Dependents Schools Pacific. (Jennifer H. Svan / S&S)

MISAWA AIR BASE, Japan &#8212; Since the start of the school year, Madison Hanlon&#8217;s reading ability has shot up three grade levels.

Hanlon is one of about 17 Cummings students in Read 180, a program offered to struggling readers in grades three to six at all 28 Pacific Department of Defense Dependents Schools this year; the class was introduced to the high schools and middle schools several years ago.

&#8220;The research on the program itself is that it&#8217;s been extremely successful in addressing the needs of struggling readers, especially for middle and high school kids &#8230;&#8221; said Rosanna Currier, literacy coordinator for DODDS Pacific and Department of Defense Domestic Dependent Elementary and Secondary Schools (DDESS) Guam. &#8220;Without reading, everything is a challenge.&#8221;

Read 180 immerses students in every facet of reading for 90 minutes daily through computer labs, audio tapes, individual and group instruction, independent reading and loads of literature, from science fiction to autobiographies and classics. About $23,000 in reading materials &#8212; not including state-of-the art computers &#8212; is invested into each Read 180 program at DODDS Pacific schools, Currier said. Students work at their own pace and level.

Elementary school program data is still being collected, Currier said, but feedback has been positive. Pupils who weren&#8217;t interested in reading say they are now excited about books, Currier said, and Read 180 instructors and classroom teachers are reporting a change in students&#8217; self-confidence and behavior.

At Cummings, two students have already exited the program, and three more are candidates, after demonstrating that they can effectively read at grade level or above &#8212; Read 180&#8217;s ultimate goal, said John McNeal, the school&#8217;s Read 180 instructor.

More than half of Cummings&#8217; Read 180 students are in special education, a few are learning English as a second language, while the rest struggled with reading for various reasons, said Brenda Fine, a special-education teacher who helps McNeal with Read 180. Students are identified for the program through test scores &#8212; 25th percentile or lower on TerraNova, for example &#8212; and teacher recommendations.

McNeal and Fine think one reason the program works is that students &#8220;double dip&#8221; into language arts. At Cummings, they participate in reading and English lessons in their classroom in the morning, and attend Read 180 every afternoon.

The trade-off: They miss social studies and science, which some parents have voiced concern about, McNeal said.

McNeal believes, however, that for many Read 180 students, their reading level is too low to keep up in those classes.

Currier said that&#8217;s also been an issue at other DODDS Pacific schools, since the program is set up similarly everywhere. But much of the computer software that&#8217;s part of the reading lab tailors instruction around science and social studies, she said.

McNeal said some of his students before Read 180 were &#8220;disinterested, disengaged. My gut feeling is reading was something hard to do, there was never a reward. By being in here, all of that academic pressure is taken away &#8230; they just come in here and learn to read.&#8221;