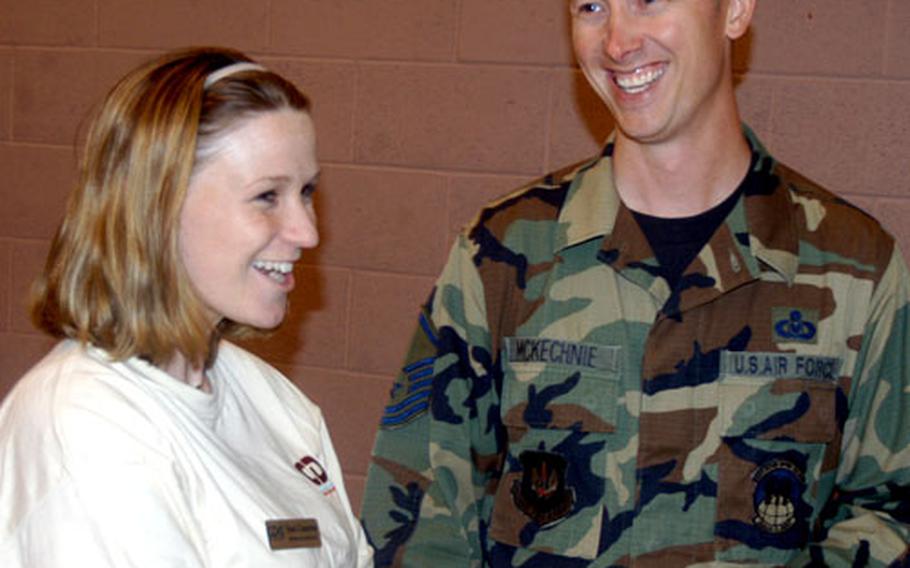 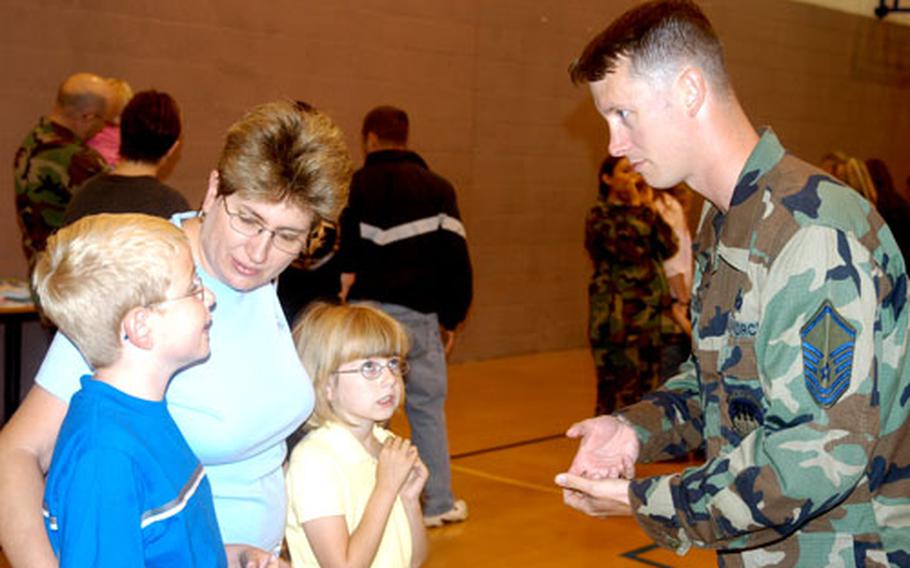 McKechnie took the job 15 months ago at RAF Mildenhall, choosing it over possible duty as a first sergeant.

The readiness noncommissioned officer works within the base Family Support Center, helping military members and their families with everything from child-care issues to separation from the service.

But deployments are a critical and ongoing issue for the readiness NCO.

&#8220;If we can take care of the families, the [deployed] military members don&#8217;t have to worry about them,&#8221; McKechnie said during a recent free dinner for spouses of deployed troops,

The readiness NCO position didn&#8217;t exist until about 1998, said Master Sgt. David Kelch, who is course director for family matters at the Air University on Maxwell Air Force Base, Ala.

He said it grew out of Operations Desert Shield and Storm when thousands of airmen were deployed. It was thought Family Support Centers should have a military person, &#8220;one that&#8217;s been there, done that,&#8221; he said in a telephone interview.

Fewer than 90 airmen in the active-duty force have the title of readiness NCO, although the number increases to about 300 when the reserve and Guard components are included.

A weeklong course is offered twice a year. Kelch, who was readiness NCO at Eilson Air Force Base, Alaska, after serving in the security forces, said the students are told of the services provided by family support centers and how to deal with the emotional issues that arise in a military family&#8217;s life.

The process can be an eye-opener for the airmen selected for the position.

McKechnie, who is married with two children, said, &#8220;For 20 years, I never went into a family support center. It would have saved me a lot of stress and anguish with my family.&#8221;

Kelch said the position is designed to be high-profile.

McKechnie vouches for that. The base has had as many as 700 people deployed at one time &#8212; the current number is about 300 &#8212; and he said he can&#8217;t shop in the commissary, for example, without being stopped many times and asked questions.

He said his main contacts in the community are the key spouses, people in each unit designated as a central point for information. He called them an &#8220;awesome bunch&#8221; and they, in turn, had good things to say about him.

McKechnie spent most of his career on the flight line, putting his hands on airplanes. He has deployed many times, including several trips to the Middle East.