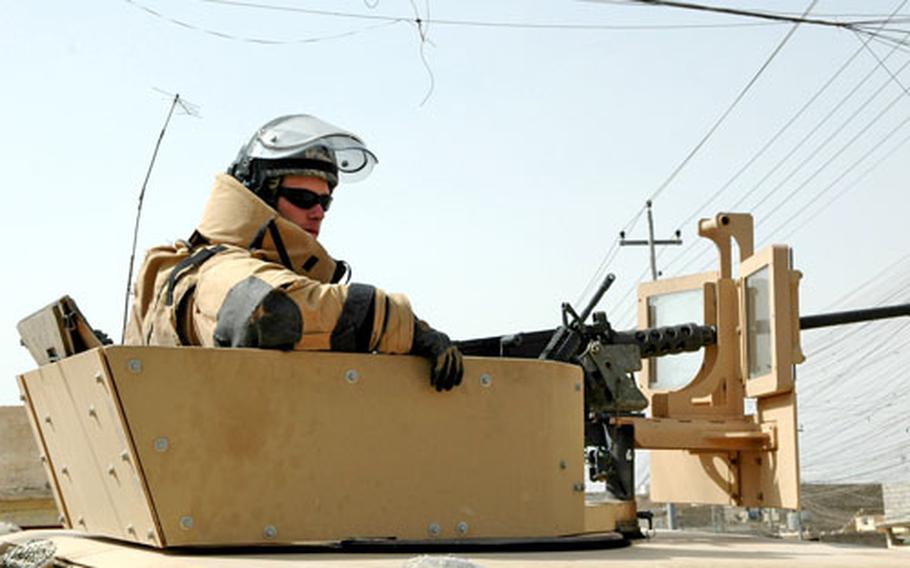 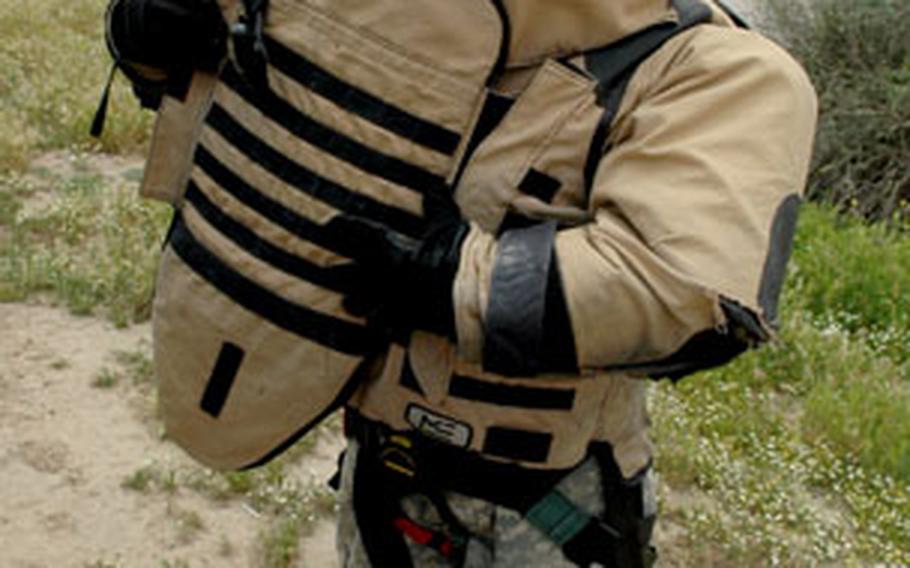 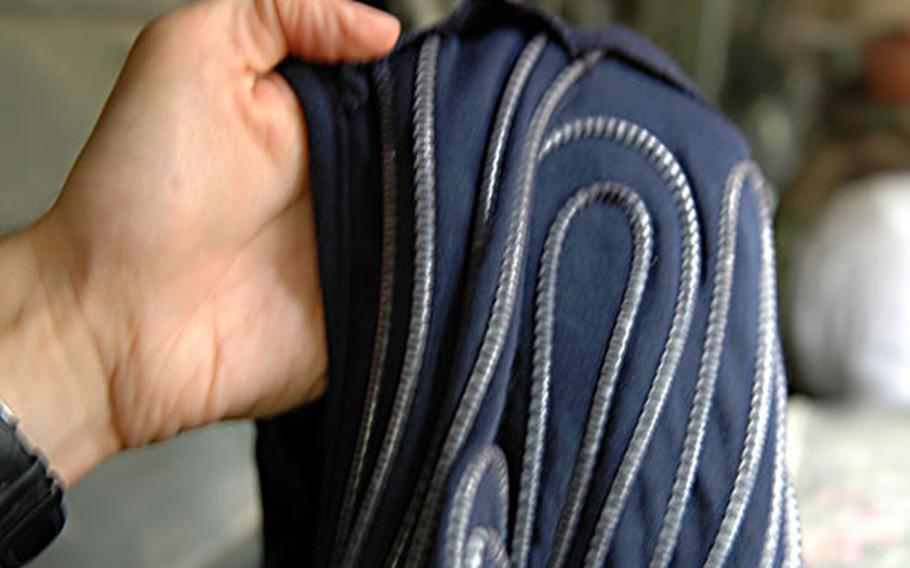 A vest soldiers wear beneath their bomb blast suits is lined with plastic tubing filled with chilled water. The vest is designed to lower the soldier’s body temperature while wearing the protective gear. (Monte Morin / S&S)

MOSUL, Iraq &#8212; Sure, he may look like an alien astronaut in that bulky blast suit, but turret gunner Bryce Harrison said he feels a little safer from roadside bombs.

The 21-year-old specialist from Satellite Beach, Fla., is one of a number of military police Humvee turret gunners who are testing the U.S. Army&#8217;s new Cupola Protective Ensemble, or CPE &#8212; a heavily armored, liquid-cooled bomb disposal suit adapted for patrols in Iraq.

The CPE features a heavy face shield and protective neck collar. It fits over a soldier&#8217;s flak vest and is one of a number of methods the Army is experimenting with to reduce the threat of roadside bombs &#8212; the biggest killer of U.S. soldiers in Iraq. Turret gunners with the Hanau, Germany-based 709th Military Police Battalion and the Fort Stewart, Ga.-based 549th Military Police Company began testing the suits in January and commanders say that they&#8217;ve already proven their mettle.

Capt. Larry Bergeron, commander of the 549th, said the suits have probably saved the lives of three soldiers who were sprayed by shrapnel from exploding roadside bombs.

Despite their protective qualities, the suits have earned mixed reviews from soldiers, who complain that the cooling systems frequently break down and that they &#8220;look goofy,&#8221; wearing the equipment. They say, too, that the extra layer of protection limits their mobility.

Soldiers wearing the CPE look and move something like small children wearing heavy winter snowsuits. Heavy ballistic plates line the sleeves and chest. Before shrugging into their armor, soldiers put on a special cooling vest that fits over their T-shirt. The vest is lined with plastic tubing. The tubing is connected to a large &#8220;chiller&#8221; unit in the rear of the vehicle, which pumps cool water through the vest and reduces the soldier&#8217;s body temperature &#8212; or at least that&#8217;s what&#8217;s supposed to happen.

Harrison and other gunners said that even with the added protection from roadside bombs, there were times they wished they didn&#8217;t have to wear the gear.

&#8220;I think it should be our personal preference whether we wear these things,&#8221; Harrison said.

The bomb disposal suits come with a pair of leggings and a large &#8220;diaper&#8221; that provides additional protection to the midsection. Since a gunner&#8217;s waist and legs aren&#8217;t exposed, those parts of the suit are not required.

As the U.S. military has sought to beef up vehicle armor on Humvees in the battle against roadside bombs, turret gunners have remained the most vulnerable since they stand partially out of their vehicles. Some military police and convoy security units have also adopted the use of the M1117 Guardian Armored Security Vehicle, or ASV &#8212; a four-wheeled armored vehicle with an enclosed, rotating turret that protects the gunner.

Several turret gunners who were interviewed recently said that while they had mixed feelings about the suit, they did say they were very happy to have the face shields that were fitted onto their helmets. The shields flip up and down like a welder&#8217;s mask.