Reaction of deployed troops to Maynulet verdict varies by perspective 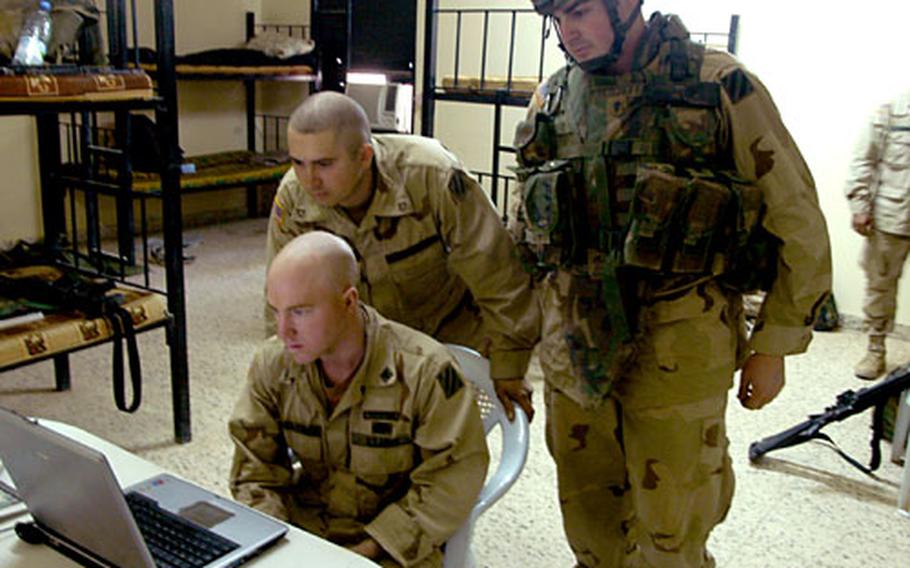 AD-DALUIYAH, Iraq &#8212; Soldiers serving in Iraq had differing opinions on the sentence of Capt. Roger Maynulet.

&#8220;He was just doing his job. That&#8217;s something where you have to make a split-second decision. The military jury should have been people who have been [in Iraq] and have done all that stuff.&#8221;

Kirkpatrick said that Maynulet&#8217;s soldiers who destroyed evidence in the case were just showing support and trust for their leader.

Spc. Aaron Berghoff of West Los Angeles, Calif., and the 1-15th said the sentence was appropriate.

Sgt. Donny Dunbar of Hendersonville, Tenn., and 3rd Squadron, 278th Regiment Combat Team, Tennessee Army National Guard, said the sentence depended on what was going on in Maynulet&#8217;s head when he pulled the trigger.

Sgt. Andy Rivera of Puerto Rico, who works for the 3rd Infantry Division&#8217;s Headquarters and Headquarters Support Company, Special Troops Battalion at Camp Liberty, did not know all the details, but wondered how many attempts were made to deliver first aid to the injured Iraqi man.

Pfc. Angel Gonzalez, also of Puerto Rico, a tanker with Headquarters and Headquarters Operations Company, Special Troops Battalion, faces danger all the time outside the wire. Even then, he had a much different outlook.

Former soldier and current Army spouse Tammy Chance from Maynulet&#8217;s base at Wiesbaden, Germany, said she didn&#8217;t see how a jury could convict Maynulet of wrongdoing without having been on the battlefield with him at the time.

An Army captain and friend of Maynulet&#8217;s said he disagreed with the verdict, and said he thought the case should never have come to court-martial.

Col. Michael Ryan, an official at the U.S. Joint Forces Command in Alexandria, Va., who flew in to testify on Maynulet&#8217;s behalf, said he thought the five-day court-martial was a testament to the credibility of the U.S. military justice system.