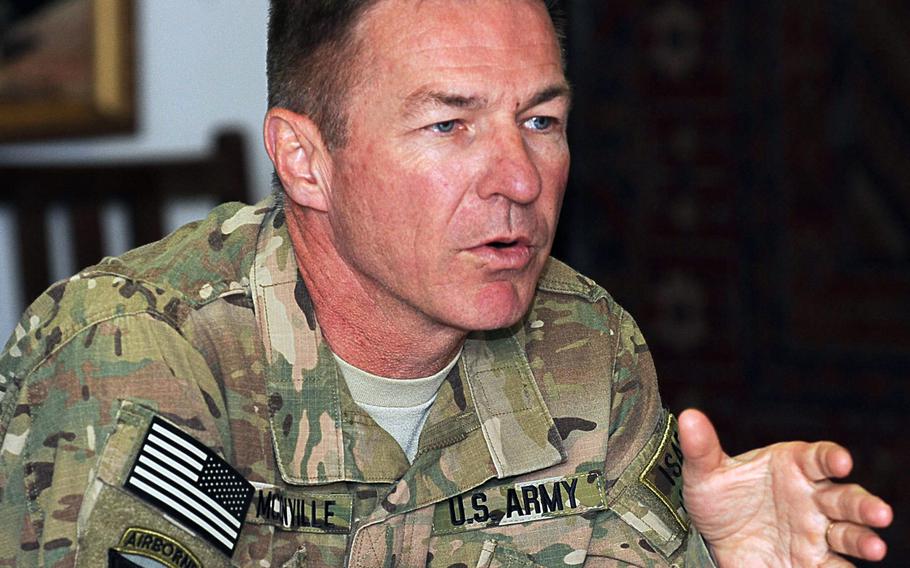 The commander of NATO coalition troops in eastern Afghanistan said Wednesday that he anticipates more insurgent attacks now that Ramadan has ended.

“We’re expecting a spike in violence. With about 60 days left in the fighting season, we expect the enemies of the Afghan people to come out and try to achieve those objectives they have been trying to achieve” throughout the fighting season, Maj. Gen. James McConville said in a news conference piped in to the Pentagon and live-streamed over the Internet. “They’d like to maybe blow up some things, maybe hurt some people.”

In particular, he predicted the Taliban would probably strike at Kabul and may try assassinations.

McConville stressed that he believes Afghan National Security Forces, which have taken the lead in fighting insurgents in most of the country, feel like they’re winning, but he acknowledged they still have not gained enough of an edge on the insurgents to make them give up.

“What we’re seeing right now is [ANSF’s] ability to run the score up,” he added.

McConville predicted that the Afghan air force, still very much in its infancy, will eventually help them do that.

He pointed to an operation in the Hesarak district of Nangarhar province, where the Afghan air force is currently conducting its largest air assault to date. McConville said the mission is using six Mi-17s and two Mi-35s — all of which are Russian-built helicopters. He did not elaborate on what that mission was.

The Afghan air force currently has 47 Mi-17s, according to International Security Assistance Force spokesman John Manley. The Pentagon planned to buy 30 more from the Russian export company Rosoboronexport, but Congress is trying to block funds for the purchase because of Russia’s support for the Syrian government in that country’s civil war.

Instead of flying out the wounded and using helicopter-based guns, ANSF has relied mainly on ground ambulances and trucks and is learning to shoot howitzers.

“They are never going to have the helicopters or the capability that we have in our military,” McConville said.