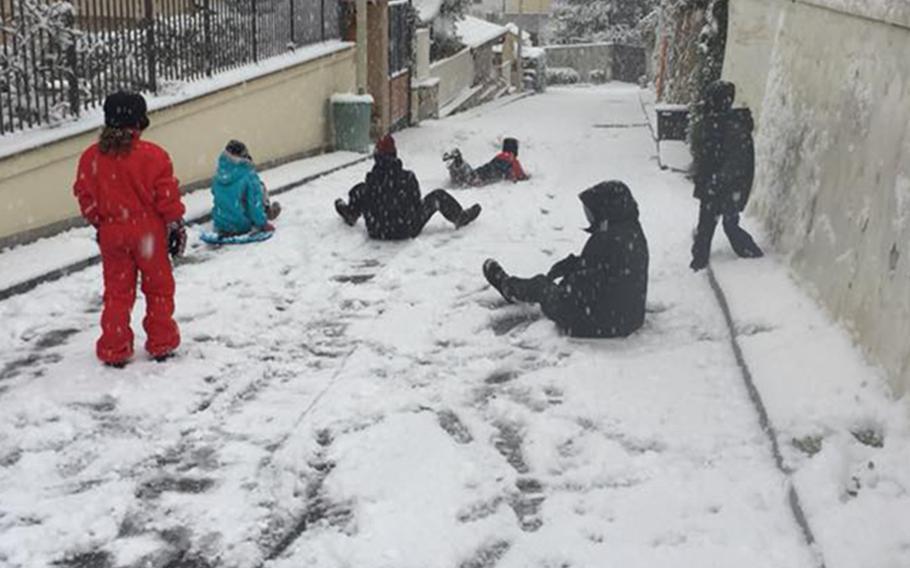 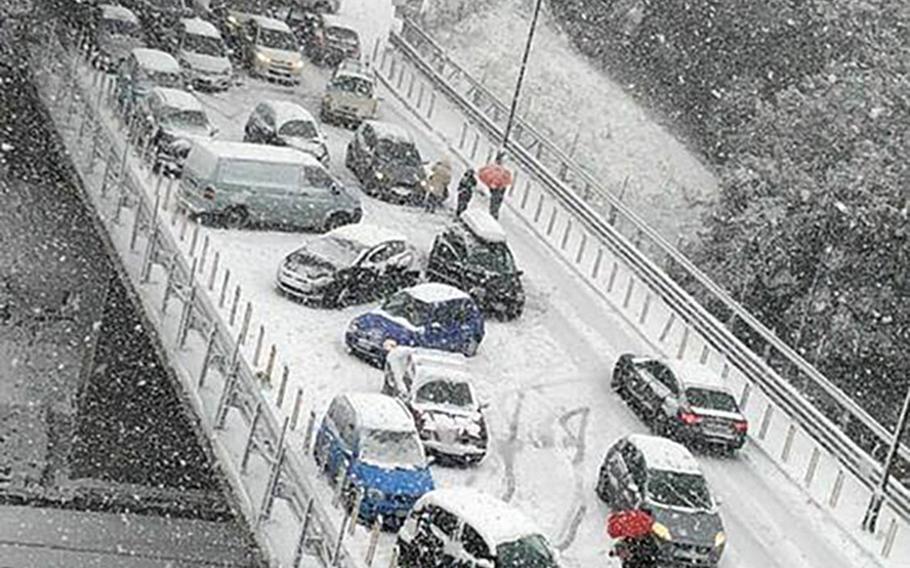 A rare, unexpected snowstorm wreaks havoc with commuters Tuesday Feb. 27, 2018 on an overpass above the Tangenziale toll road a few miles from the U.S. Navy base in Naples, Italy. (Photo courtesy Antonio Ferrara)

Icy Siberian winds blew into Italy last week, kicking up snow flurries in Naples and Rome on Monday for the first time since 2012. Then a heavy snowstorm early Tuesday made many of Italy’s winding roads treacherous to drive.

The snow did not cause problems for any ships in port, Navy officials said Tuesday.

Base officials planned to start the work day two hours later to allow ice on the roads to melt, but gave most personnel the day off when snowfall turned out heavier than expected, said Lt. Pete Pagano, Naples base command spokesman.

The Navy exchanges closed, though the main commissary and a mini-mart on base remained open.

Some residents on social media said they appreciated getting a snow day off, but wished officials had informed them sooner. Many people didn’t find out until they were driving to work in the storm and traffic, said Kehaulani Volhein, who’s married to a civilian Navy firefighter.

“My only complaint is, once again, lack of timely and consistent communication,” Volhein said. “The day off was a good call, but in my opinion, made far too late.”

Snow wreaked havoc with Neapolitan motorists ill-equipped and unaccustomed to driving in it, according to local news reports. By afternoon, the snow was melting, but weather forecasts warned that the runoff could freeze later and create icy roads.

Lome Galliano, 38, a tour guide and Naples native, said she has never seen so much snow here. Naples’ last big snowstorm was 1956, she said.