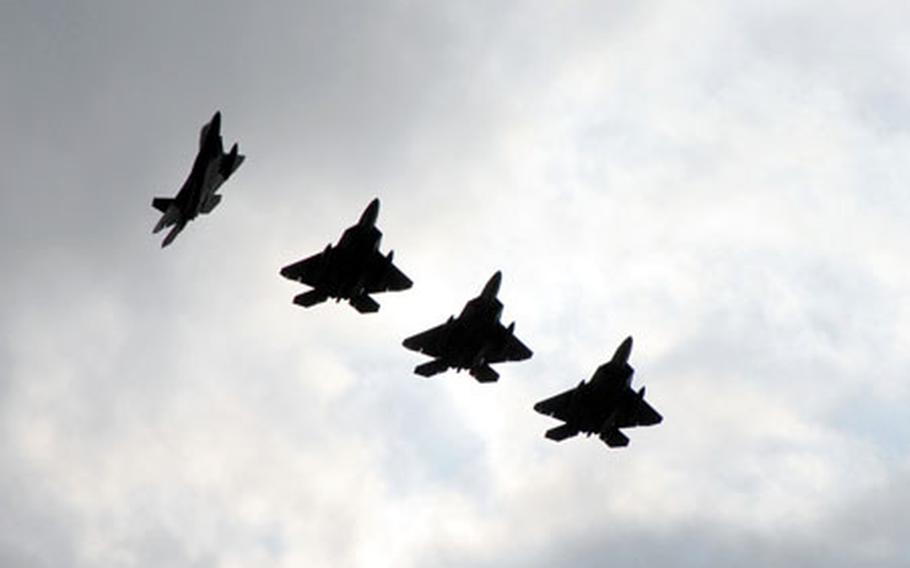 F-22 Raptors fly into Kadena Air Force Base on Saturday afternoon. The 27th Fighter Squadron is at the base from Langley Air Force Base, Va. for several months of training in the Pacific. (Megan McCloskey / S&S)

F-22 Raptors fly into Kadena Air Force Base on Saturday afternoon. The 27th Fighter Squadron is at the base from Langley Air Force Base, Va. for several months of training in the Pacific. (Megan McCloskey / S&S) 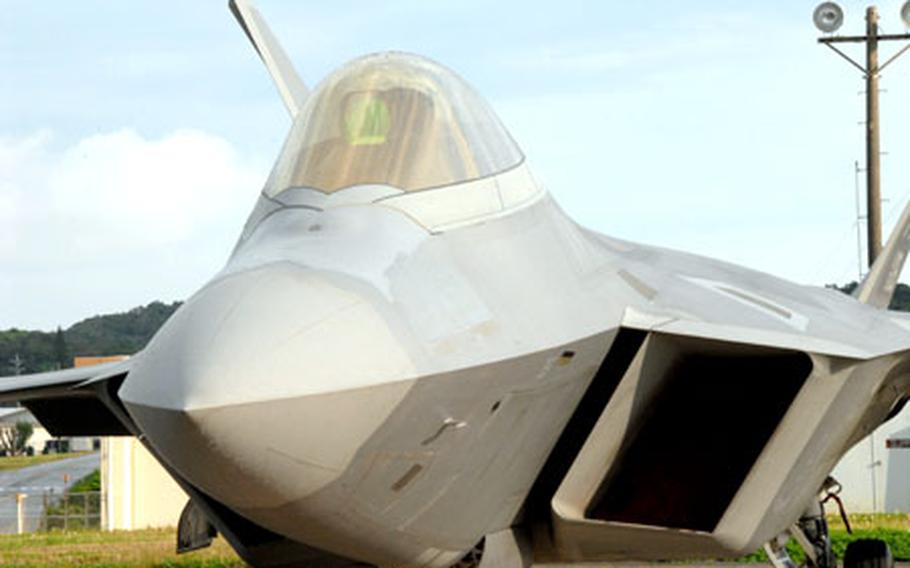 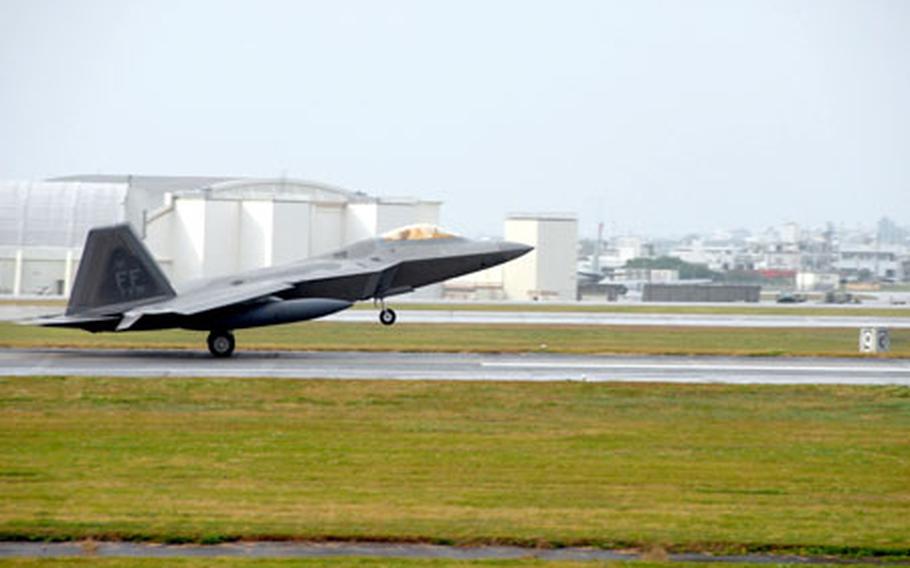 KADENA AIR FORCE BASE, Okinawa &#8212; With the U.S. military&#8217;s most advanced fighter jet at Kadena for the next few months, the Air Force will start learning how best to incorporate its newest aircraft with other assets in the Pacific.

All but two of the 12 F-22A Raptors arrived over the weekend to train over the next 90 to 120 days with Kadena&#8217;s F-15s, naval assets based around the Pacific and possibly the F-16s at Misawa Air Base and the Japanese Self-Defense Force.

The training is an opportunity to delve into the complex process of integrating the advanced stealth jet with the Air Force&#8217;s proven fighters, said Lt. Col. Kevin Fesler, the squad&#8217;s director of operations.

Two of the Raptors arrived for the aircraft&#8217;s first overseas deployment on Saturday, and although 10 took off Sunday from Hickam Air Force Base, Hawaii &#8212; where the squadron had stopped on its way to Okinawa from Langley Air Force Base, Va. &#8212; only eight arrived at Kadena.

The last two jets stopped at Wake Island because one experienced minor trouble with one of the its six generators, but they are expected to arrive at Kadena in a few days, Tolliver said.