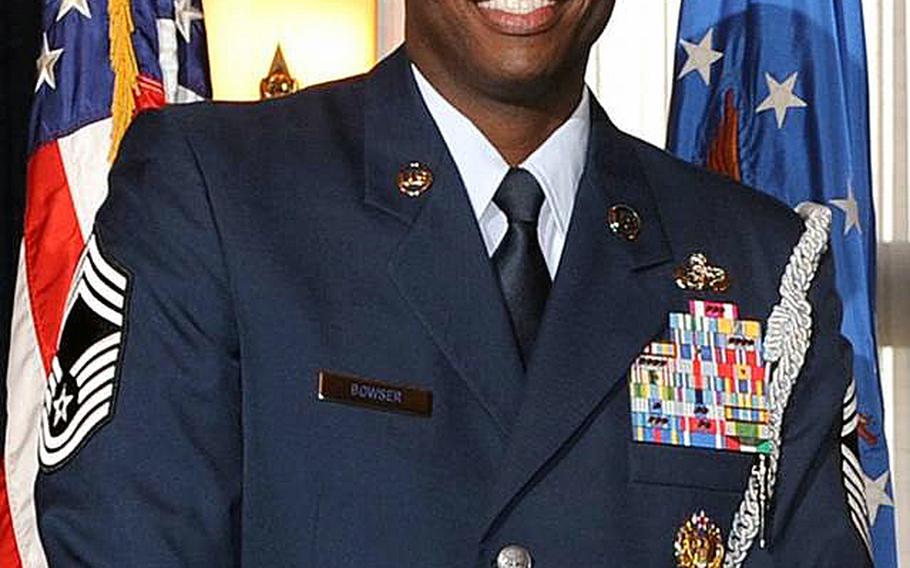 RAF LAKENHEATH, England — A military judge on Wednesday dismissed charges of rape and sodomy against an Air Force top enlisted leader, citing a loss of confidence in the prosecution.

In addition to the rape and sodomy charges, Chief Master Sgt. Roy A. Bowser Jr. also faced charges of obtaining sex by threat of force or death and shoving an alleged victim.

The judge, Lt. Col. Christopher Leavey, dismissed the case after it was determined that prosecution had known about two witnesses who could challenge the credibility of the victim, but had not released the information to the defense until this week. This new evidence was turned over only after the prosecution had been ordered to review their records for failing to provide other materials to the defense.

After the most recent omission was revealed, Leavey sought to review the prosecution’s evidence to make certain they did not have any other evidence that should be turned over to the defense. The prosecution objected and sought a delay to appeal, but the defense argued another delay of the trial could harm Bowser’s career and would hurt him financially since he hired a civilian attorney.

Rather than delay a court-martial that has been in the making since last year, Leavey dismissed the case.

“The government is now inhibiting the court from ensuring a fair trial,” he said.

The prosecution now has a 72-hour window to appeal the dismissal. If their appeal is not successful, the government cannot prosecute the Lakenheath-based airman again for these charges.

Andrew Cherkasky, the lead defense counsel, said after the court-martial that this was a complex case and questioned whether the military was able to effectively prosecute these kinds of sexual assault cases.

“We wish that we’d had the opportunity to clear his name and acquit him under the facts, but under the circumstances … this was the only just outcome and we’re looking forward to him continuing his Air Force career and doing great things,” Cherkasky said.