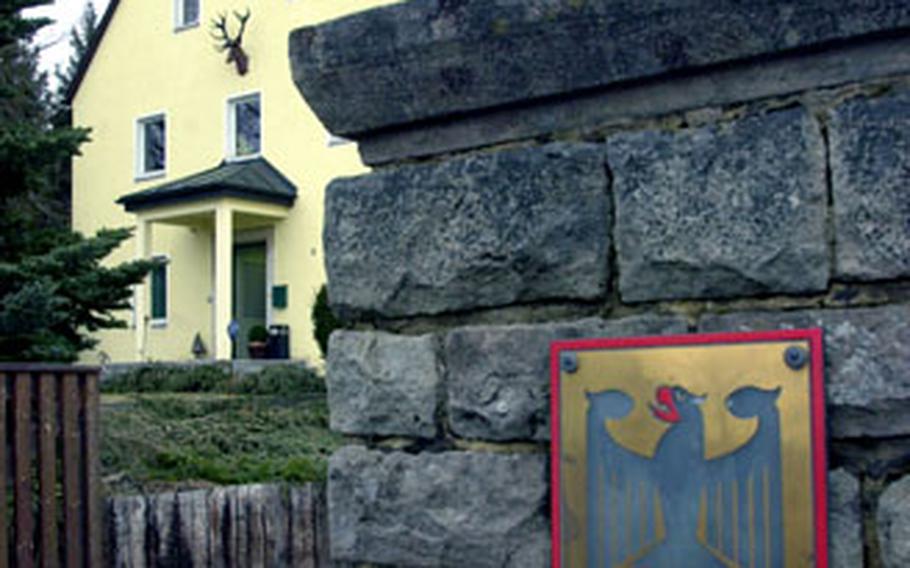 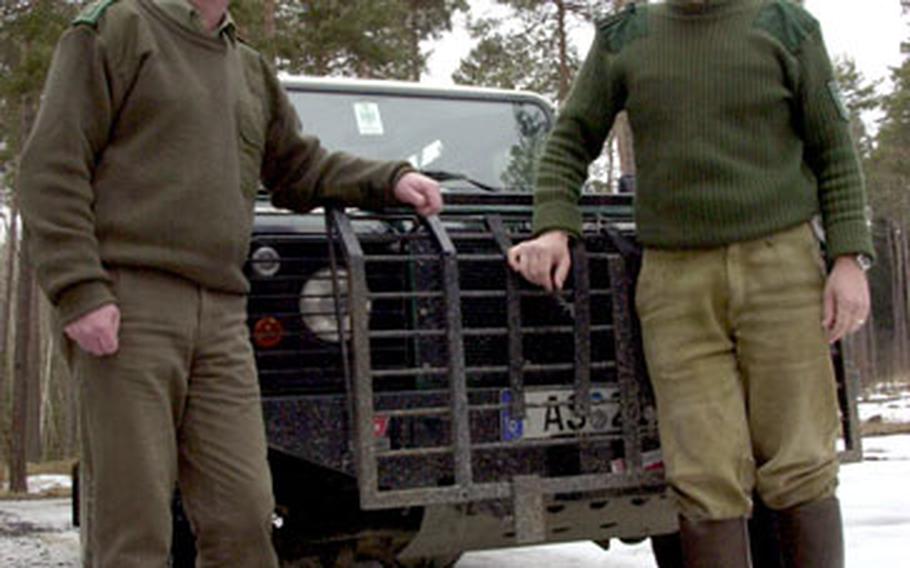 GRAFENW&#214;HR, Germany &#8212; Large populations of endangered plants and animals flourish inside this training area where bullets and bombs keep them safe from humans, and the forest meisters are their guardians.

The U.S. training area in the heart of Europe encompasses more than 140 square miles of land, forests, a large stretch of the Frankenh&#246;he River and numerous wetlands, lakes and streams. More than 50 villages and hundreds of farms were displaced when the training area was created in 1906; in the century that has passed, nature has reclaimed parts of the land, allowing rare species to thrive.

German Forestry Director for Grafenw&#246;hr Ulrich Mausake, 48, is the green-lederhosen-wearing woodsman who has cared for the wildlife here since 1995. He oversees 13 forest meisters (forestry officers), seven administration staff and 34 loggers who work in the training area, which is off-limits to most nonmilitary personnel.

&#8220;Grafenw&#246;hr is one of the best-kept nature areas in Germany. There are hundreds of species that are on the red list of animals and plants for Germany and Europe,&#8221; Mausake said.

Wetland forests, which have vanished from most of Germany, grow at Grafenw&#246;hr. To protect those areas, they have been placed off-limits to soldiers and vehicles, Mausake said. And certain species flourish in a war-zone. For example, there are rare plants that only grow in bomb craters on the range.

&#8220;The forest is not run like a commercial forest. With commercial forests you try to make money. Here our forest has the purpose to mitigate noise and dust and provide an environment for training. Forest management costs 3 million euros a year and income from sales of timber and hunting licenses brings in only about 2 million euros,&#8221; Mausake said.

He said the most dangerous animal in the training area is the wild boar, which can grow to more than 440 pounds. Boars are usually frightened by humans but they will attack to protect their young and there have been problems with soldiers feeding pigs who then forage in people&#8217;s trash cans in housing areas, Mausake said.

The other dangerous animal in the training area is the European adder &#8212; a 28-inch gray snake with a black zig-zag on its back. They live in boggy areas and their bite is potentially fatal, he said.

Grafenw&#246;hr is divided into nine districts, each watched over by a forest meister who lives off-post, just outside his area. The forest meisters start work at each day at 5:30 a.m. and supervise logging gangs, develop cutting plans for their sectors, mark trees to be cut, meet range control staff to plan for exercises, care for wounded game, escort hunting guests and help fight range fires.

Christian Luecke, deputy forestry director for Grafenw&#246;hr, 46, said he got a shock when he moved to Grafenw&#246;hr 14 years ago and fought his first range fire.

&#8220;I came around a corner and saw a grenade sticking out of the ground. I went back and said I&#8217;m not fighting the fire here. I saw the difference between here and the state forest,&#8221; he said.

Luecke specializes in conservation work at Grafenw&#246;hr and in liaising with American soldiers.

Mausake said forest meisters try to keep a balance between the training and the environment.

&#8220;Our responsibility is to develop an environment to make training possible at Grafenw&#246;hr on a long-term basis. That is our main reason. But on the other side we are also a representative of the German government &#8212; the owner of the training area,&#8221; he said.