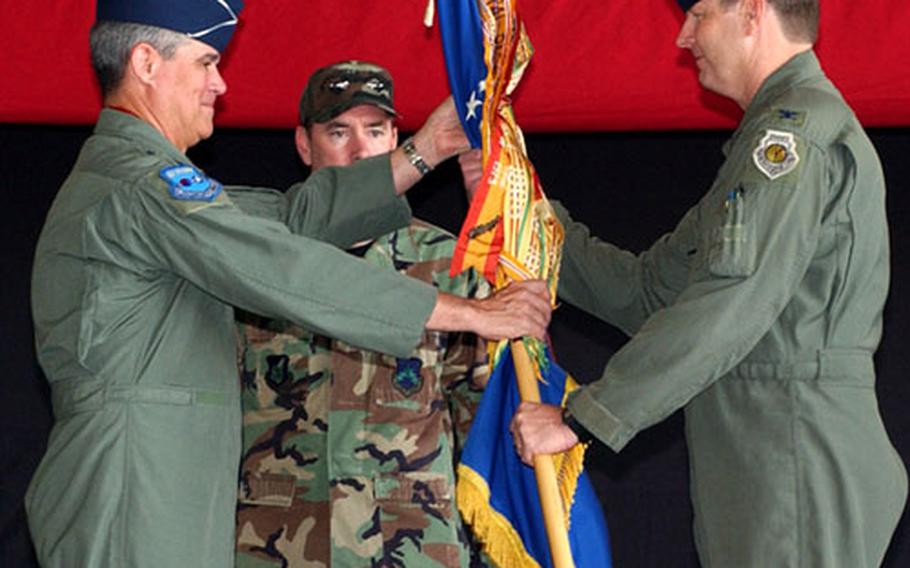 TAEGU, South Korea &#8212; The new commander of a U.S. Air Force fighter wing in South Korea said he will keep his unit sharply focused on readiness for war.

&#8220;We will know our mission cold, exercise it continuously and will continue to ensure the war-fighting legacy of the Wolf Pack remains unmatched,&#8221; said Air Force Col. Robin Rand, new commander of the 8th Fighter Wing at Kunsan Air Base, according to an Air Force news release.

Rand recently replaced Col. Guy Dahlbeck as commander of the wing, which is nicknamed the Wolf Pack. It consists of two F-16 fighter squadrons and about 2,600 personnel.

Dahlbeck, who was selected last month for promotion to brigadier general, has been assigned as deputy chief of staff for North American Aerospace Defense Command/Northern Command at Peterson Air Force Base, Colo.

Rand was commandant of the Air Force Weapons School at Nellis Air Force Base, Nev.

A command pilot with more than 4,100 flying hours, Rand is a 1979 graduate of the Air Force Academy.

Much of his career has centered on the F-16 &#8212; as an instructor pilot and flight examiner, weapons officer, operations officer and squadron commander. He&#8217;s also served on the Pentagon&#8217;s joint staff, as an operations group deputy commander, and as an air liaison officer with the U.S. Army, among other assignments.

The Kunsan command is Rand&#8217;s second South Korea assignment; he was operations officer and commander of the 36th Fighter Squadron at Osan Air Base.