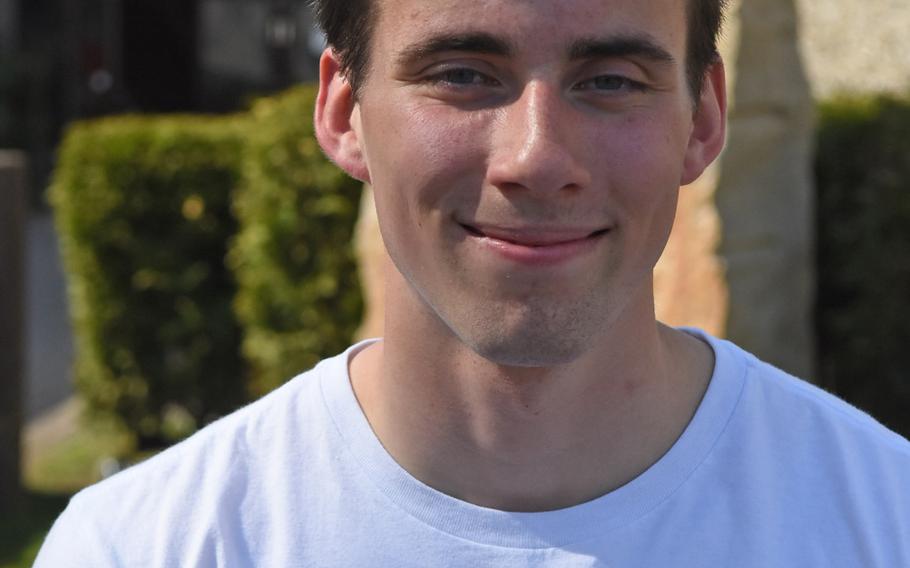 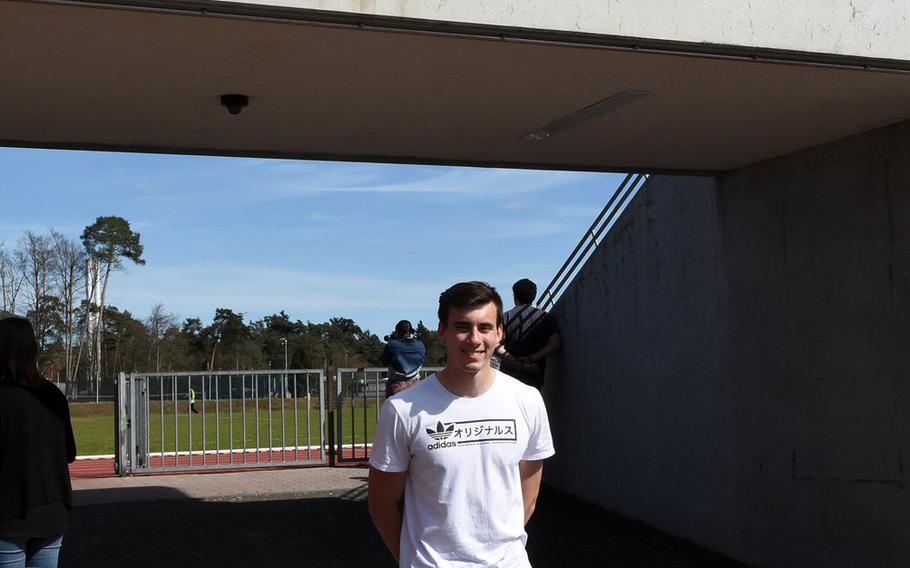 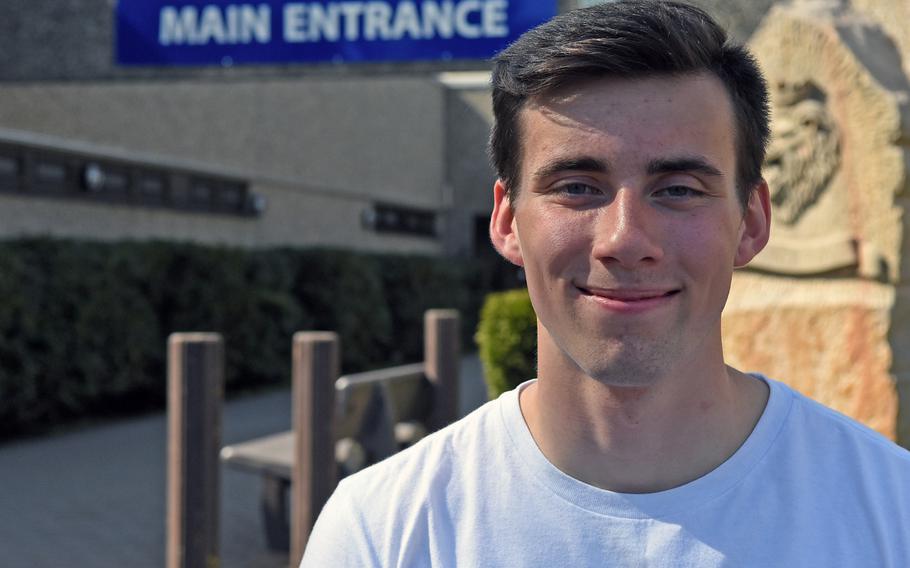 RAMSTEIN AIR BASE, Germany — Some students ride a prodigious talent all the way to the Ivy Leagues.

Membership in a prominent family can help throw open the gates to the nation’s elite college campuses, as is the case with former first daughter, Malia Obama, who will attend Harvard University in the fall.

Ramstein High School senior Randle Steinbeck doesn’t rival Yo-Yo Ma on the cello, nor has he lived in the White House. His mother is a fifth-grade teacher at Baumholder and his dad is an Air Force master sergeant logistician.

But Steinbeck is headed to Cambridge, Mass., one of 2,056 students worldwide to be accepted into Harvard’s Class of 2021 out of an applicant pool of 39,506.

Steinbeck isn’t the only RHS student bound for an Ivy League school — and not the only military kid in Europe headed to Harvard. Naples basketball phenom Terrell Staten will be joining Steinbeck in Cambridge.

But it’s not where he’s going so much as where he’s not going that makes Steinbeck unique. In choosing Harvard — a decision that’s official on National College Decision Day on May 1 — Steinbeck will de-cline acceptances from Yale University, MIT, Georgetown University and three service academies: West Point, the U.S. Air Force Academy and the U.S. Naval Academy. He also was accepted at the University of Washington and Clark Honors College at the University of Oregon.

The only rejection was from Princeton, another Ivy League school; Columbia wait-listed him.

To have been accepted to so many elite schools, “this is very rare,” said Patty Carden, a guidance counselor who’s helped RHS students navigate college admissions since 2003. About 85 percent of the school’s senior class will attend a two- or four-year college next year, she said. Few get into one of the military service academies, and even fewer receive Ivy League offers.

In weighing his decision, cost wasn’t a factor. Steinbeck received a highly competitive, national ROTC scholarship. It will cover most of his expenses at Harvard, where tuition, room and board cost an estimated $65,000 for the 2017-18 school year. The financial award comes with an obligation of up to eight years of military service upon graduation.

Steinbeck chose Harvard over the service academies because he feels Harvard will give him “a little bit more freedom to study what I want and then go into the service, rather than being in a college military environment,” he said.

Many colleges notify students of their decision in early April. Steinbeck has known since mid-March that he had a place at Harvard, the news delivered via a phone call from the school’s senior admissions officer in Germany.

“Some applicants are such a good fit for Harvard that we’d like to let them know as soon as possible,” Steinbeck recalls the officer telling him.

The acceptance floored him. “I started crying and everything,” he said. “I kind of applied to Harvard (thinking) it would be a wonderful place to go, but I don’t think anyone expects to actually get in there.”

On paper, Steinbeck has all the requisite boxes checked off: top grades and test scores rounded out by extracurriculars such as sports, Eagle Scout and Spanish Club, to name some.

He earned a 1530 on the SAT out of a possible 1600, in the 99th percentile, but about average for students at Harvard.

“Once you reach a certain threshold, it doesn’t really matter very much because it shows that you can do the work,” Steinbeck said. “I think it’s the same thing for grades. As long as they see that you have the determination and you have the ability to do college-level work, then I think grades kind of fall away a little bit. They want to see you as a person more.”

Steinbeck had an interview with a Harvard alumnus who works in Heidelberg. In the interview and on one of his essays on the application, he spoke of the diverse world view he’s acquired living most of his life overseas while his dad served the Air Force.

In the Netherlands, Steinbeck’s family lived among few Americans. He was home-schooled for a time. “The paradox of my life came as a quick realization: the curse of being a stranger everywhere, and the blessing of being a stranger nowhere,” Steinbeck wrote in his Harvard essay. “I could engage anyone in a conversation regardless of nationality, language, or creed; I could accept their ideas and varying viewpoints. But, I also have no home, no place on a map to point to and say, ‘That’s where I’m from’”.

Steinbeck wants to study quantitative economics, a discipline that combines his love of math and interest in economics. He hopes to use it help shape public policy someday.

Sheryl Marks, who taught Steinbeck in AP language and composition last year, said she’d remember him not only for his intellect and big vocabulary but for his focus and determination.

“He’s got it all figured out,” Marks said. “He’s very focused and he sets goals for himself and he will do what it takes to achieve those goals.”