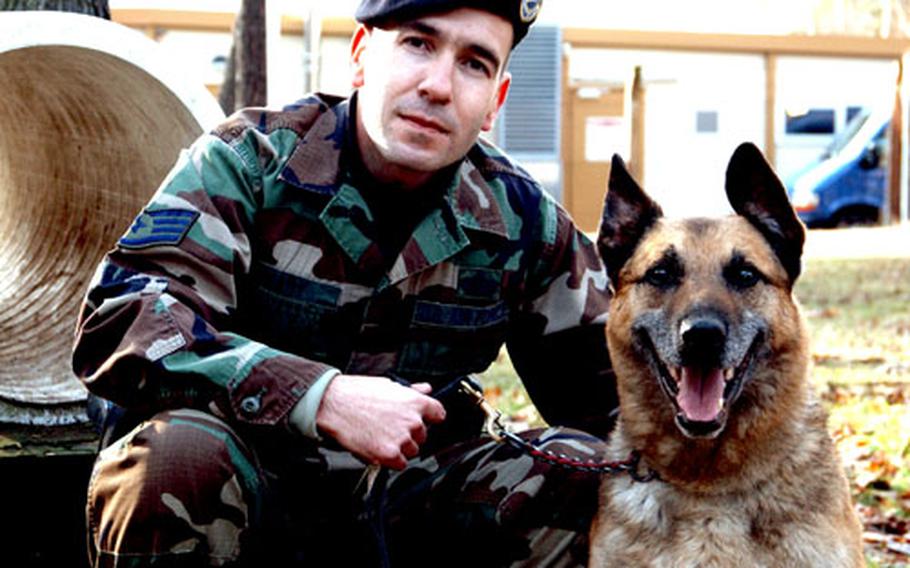 The old kennel had no side walls and there was often not enough space for the number of dogs housed there.

The building currently has 19 working dogs and 34 kennels. The kennel floor is water and urine-acid resistant. A trench between the aisles of kennels drains waste out and away from the dogs.

A ventilation system was also installed to bring fresh air continuously into the kennel area.

Also included in the overhaul was the addition of offices, a storage area, meeting room and a bunk room for the dogs&#8217; handlers, made up of airmen from the 568th Security Forces Squadron and the 569th U.S. Forces Police Squadron.

Small improvements, which include the installation of a perimeter fence around the entire compound, will be added in the future, Howard said.