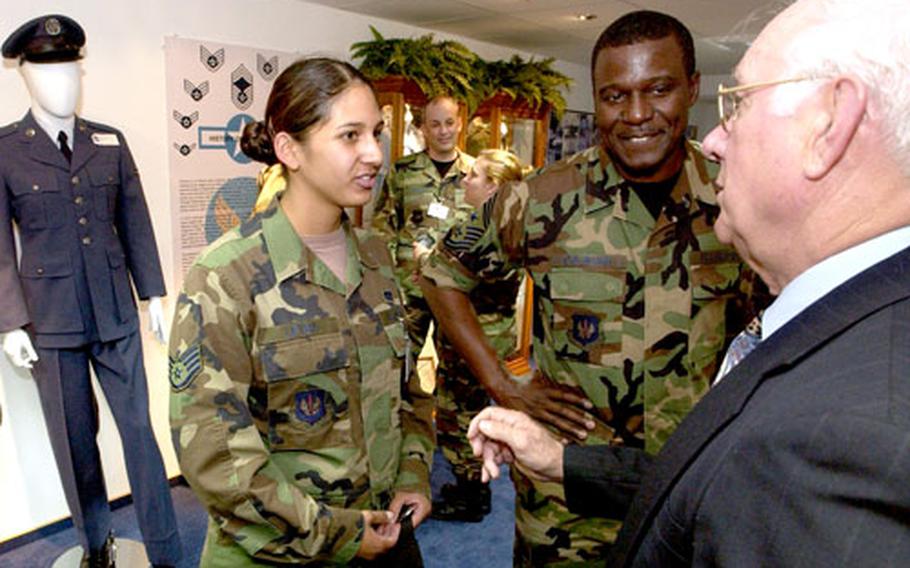 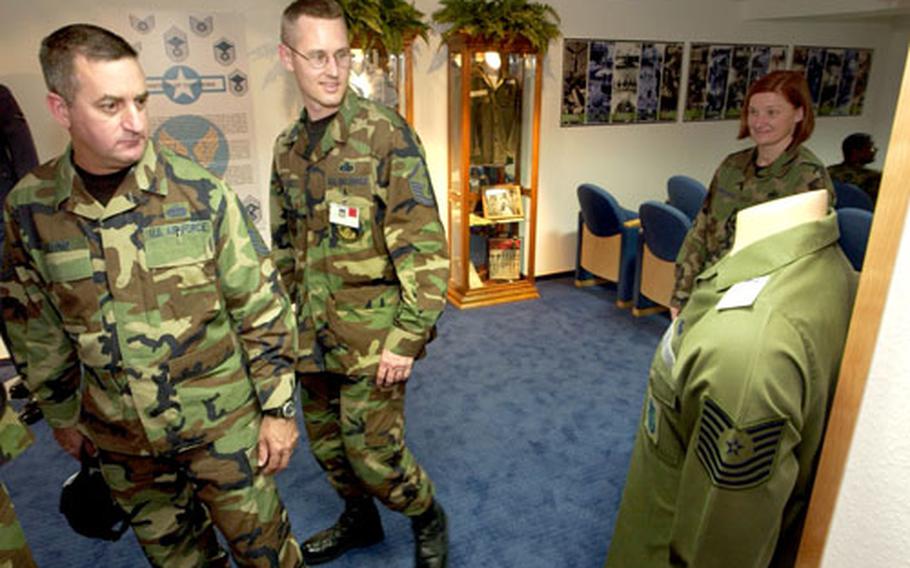 RAMSTEIN AIR BASE, Germany &#8212; Past enlisted airmen once stationed in Europe now have a place dedicated to the telling of their story.

The Air Force on Friday opened the Parish Enlisted Heritage Room during a ceremony at the entry of the U.S. Air Forces in Europe headquarters.

The former conference room has been converted into a mini-museum with historical uniforms and documents.

The room is the first of its kind for the command and is named after retired Chief Master Sgt. Sam Parish, a former senior enlisted adviser for USAFE and chief master sergeant of the Air Force from 1983 to 1986. He has been a strong advocate of documenting the history of the enlisted airmen.

USAFE Command Chief Master Sgt. Gary Coleman said he hopes present airmen who stroll through the room come out with a better appreciation of their history and the progress made by the service.

The command came up with the idea for displaying the history of enlisted men and women last year after airmen raised money for a new wing of the Air Force Enlisted Heritage Hall at Maxwell Air Force Base in Alabama.

&#8220;It spurred the idea and the need for some place that we could recognize the contributions of the enlisted men and women in this community,&#8221; Coleman said.

The headquarters had previously displayed historical artifacts at the entrance, but a redesign of the building&#8217;s lobby prompted a plan to build an entire room dedicated to the history of enlisted airmen.

The room includes uniforms worn by airmen from World War II to the infamous blue fatigues tested but never adopted by the Air Force. Military retirees and the Kisling Noncommissioned Officer Academy at nearby Kapaun Air Station donated some items for the room, while other artifacts were purchased for display.

One glass cabinet holds an old pay and allowances table from July 1958, when junior enlisted airmen made around $200 a month. A small poster sponsored by Camel cigarettes shows a table of the various Air Force medals, ribbons and awards and is topped by a drawing of servicemembers smoking.

Dozens of airmen toured the room in groups after the ceremony.

Gen. Tom Hobbins, USAFE commander, called the new room a &#8220;masterpiece&#8221; that will grow and change as more artifacts are obtained.