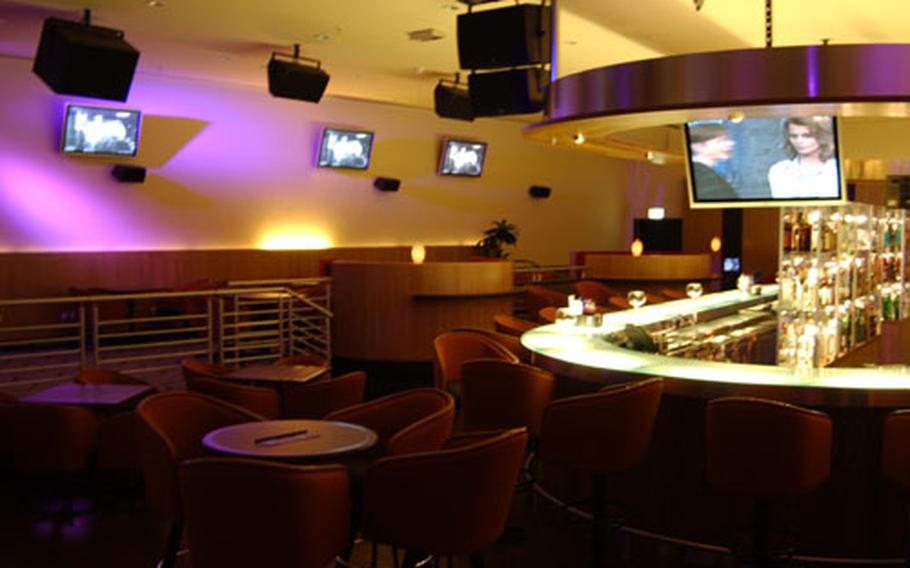 Martini&#39;s, a club with a piano bar atmosphere, is one of several attractions at the Ramstein Air Base Enlisted Club which officially opened Thursday. (Lisa Horn / S&S)

Martini&#39;s, a club with a piano bar atmosphere, is one of several attractions at the Ramstein Air Base Enlisted Club which officially opened Thursday. (Lisa Horn / S&S) 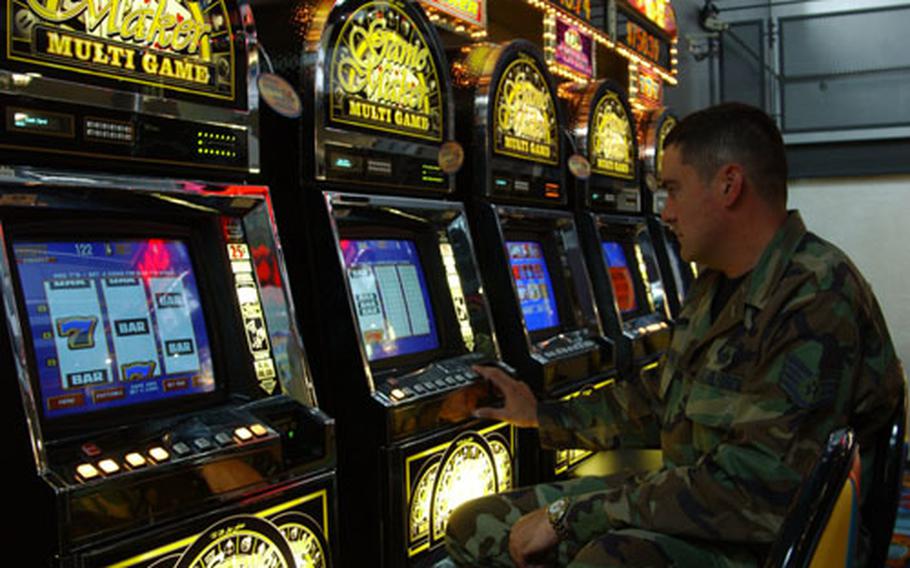 RAMSTEIN AIR BASE, Germany &#8212; Airmen at Ramstein Air Base have waited nearly 48 years for a new enlisted club. On Thursday, they got their wish.

Plans to construct a new enlisted club go as far back as 15 years, said Cheryl Pierce, project manager. The facility includes a Chili&#8217;s Restaurant, open to all ranks. It is expected to open in October.

The building is actually several clubs in one. Club E is a pulsating discotheque that New York City clubgoers would feel right at home in. A space tunnel leads guests inside the disco, where amoebalike designs float on the walls and TV screens are suspended above the lighted dance floor.

Next door, Martini&#8217;s offers a mellower, piano bar atmosphere with soft lighting and music to set the mood.

J.R. Rockers Sports Caf&#233; has been open since Monday and the sports-bar environment has already become a favorite with Master Sgt. Norma Click, assigned to Spangdahlem&#8217;s 52nd Operations Support Squadron.

In between Martini&#8217;s and the sports cafe, gamblers can strike it rich at the slot machines where Staff Sgt. John McCullough had won $550 on Thursday afternoon. It is the only section of the club that permits smoking.