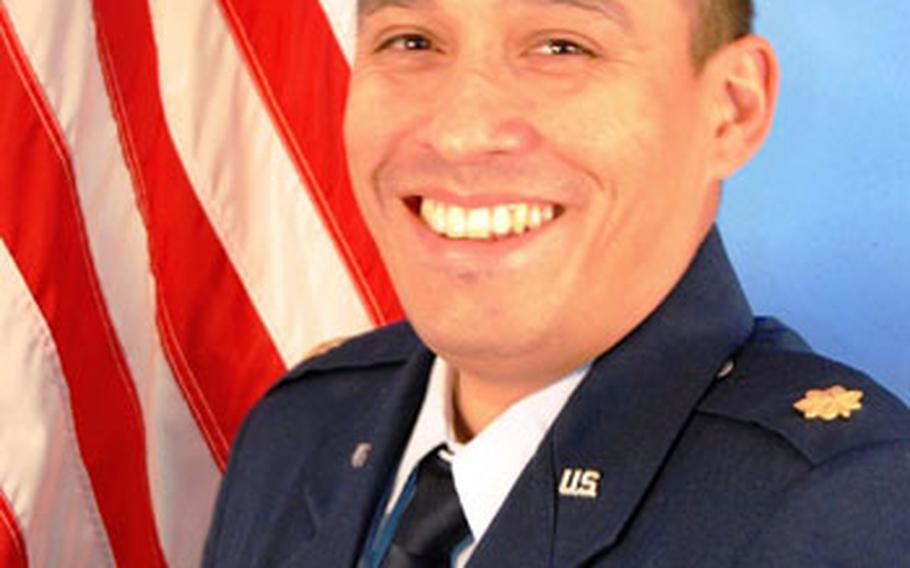 The Ramstein Air Base officer who died in the truck bombing Saturday of a luxury hotel in Islamabad, Pakistan, was in the country training local forces.

Air Force Maj. Rodolfo Rodriguez, 34, of the 86th Construction and Training Squadron, was deployed to the area "in support of Operation Enduring Freedom," officials said.

Rodriguez, of El Paso, Texas, has served as the 86 CTS Contingency Training Flight chief since May, according to a Ramstein press release.

"My understanding is that he was assisting with the training of some Pakistani forces," said Aaron Schoenfeld, a Ramstein spokesman.

Rodriguez is the first Ramstein airman to die in hostilities in recent memory.

A memorial ceremony for Rodriguez has been scheduled for 4 p.m. Thursday at Ramstein&#8217;s Northside Chapel.

"We will keep Major Rodriguez and his family in our thoughts as we continue to accomplish the mission he dedicated himself to."

A close friend described Rodriguez as a quiet professional who was completely dedicated to the Air Force, his family, friends and anyone he ran into.

"I don&#8217;t think I know a single person who has a bad word to say about Rod Rodriguez," said Air Force Maj. Andrew Sheehan, with Headquarters, U.S. Air Forces in Europe.

Rodriguez and his wife, Caryn, were avid travelers.

"If he wasn&#8217;t working like a sled dog at the office, he was traveling, seeing Europe and living life to the fullest," Sheehan said.

Another American affiliated with the Defense Department died as a result of Saturday&#8217;s Marriott Hotel blast that claimed 53 lives and wounded more than 270 people, according to The Associated Press.

Officials and experts said the scale of the blast and its high-profile target were hallmarks of al-Qaida and its Taliban allies, the AP reported.

More than 1,300 pounds of explosives were used in the hotel attack, blasting a crater about 60 feet wide and 25 feet deep, a Pakistani government official told a news conference.

A videotape of the attack shows a six-wheel dump truck stopped by security guards at a barrier in front of the hotel&#8217;s main entrance.

Al-Arabiya television said the group that claimed responsibility for the attack demanded an end to Pakistani-American cooperation against the militants and a halt to U.S. military operations in Pakistani tribal regions, according to the AP.