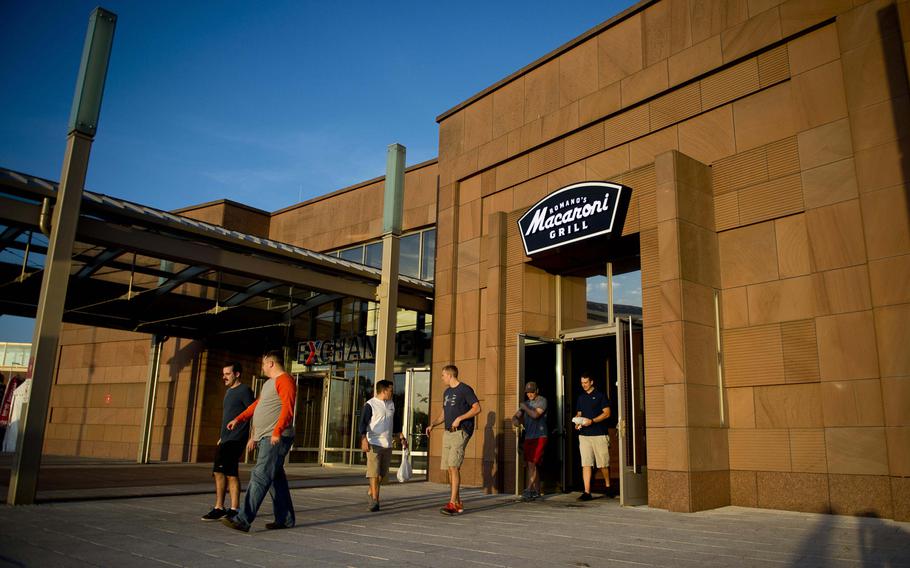 The Macaroni Grill at the Kaiserslautern Military Community Center plans to remain open for the “foreseeable future” despite the bankruptcy of the restaurant chain’s parent company.

Romano’s Macaroni Grill filed for Chapter 11 bankruptcy Wednesday in the United States, sparking concerns that the chain would be closing some of its locations, including the one at the KMCC.

Macaroni Grill at Ramstein Air Base is a franchise held by the Air Force Services Activity and administered by the 86th Airlift Wing.

The KMC outlet, which has been at the base since the center was opened in 2009, currently employs about 85 people, said Kelly Sanders, a spokeswoman with the 86th Airlift Wing.

Macaroni Grill says the bankruptcy filings will not affect franchises such as those at military bases.

“There are no plans for additional restaurant closures,” said Erin Christian, a spokeswoman for the chain.

The franchise agreement between the 86th Airlift Wing and the restaurant chain is standard, said Aaron Cox, a spokesman for the wing. The chain receives an annual royalty fee from AFSA.