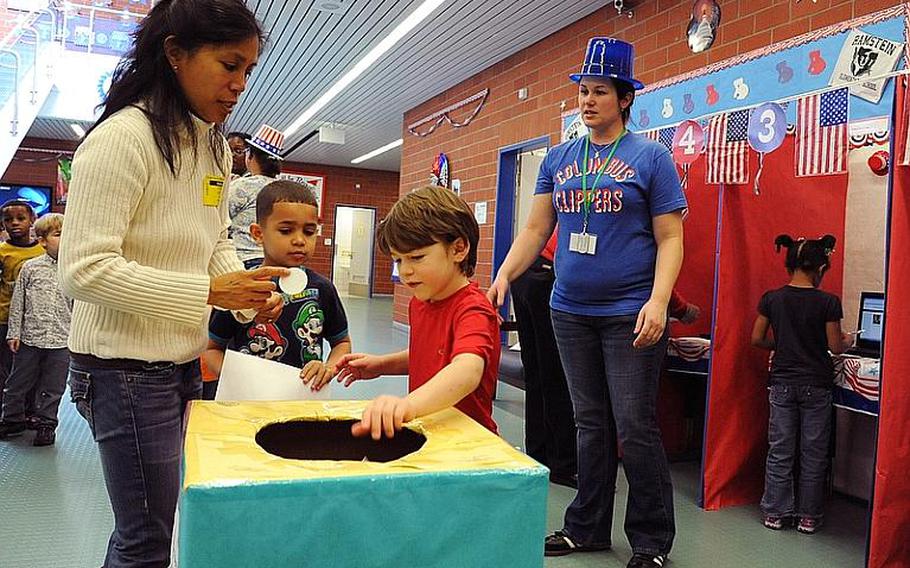 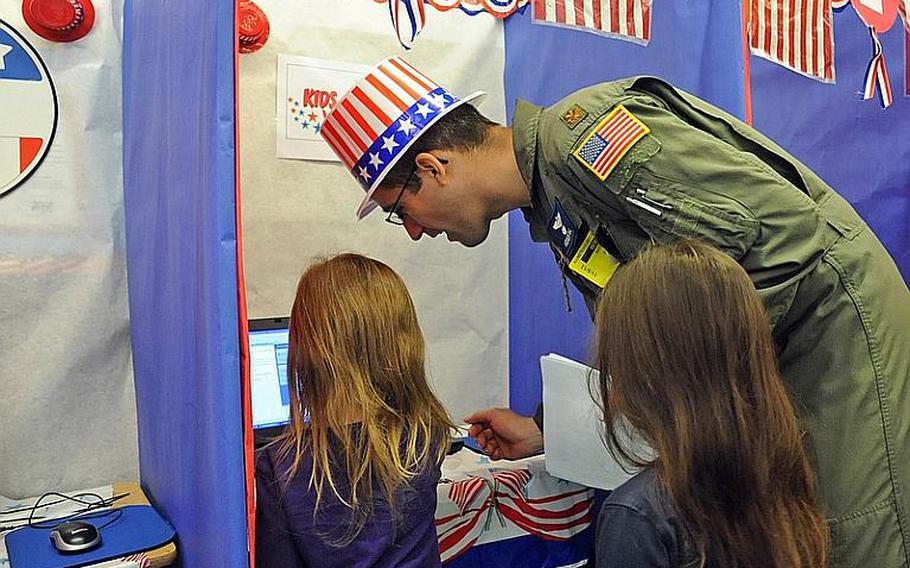 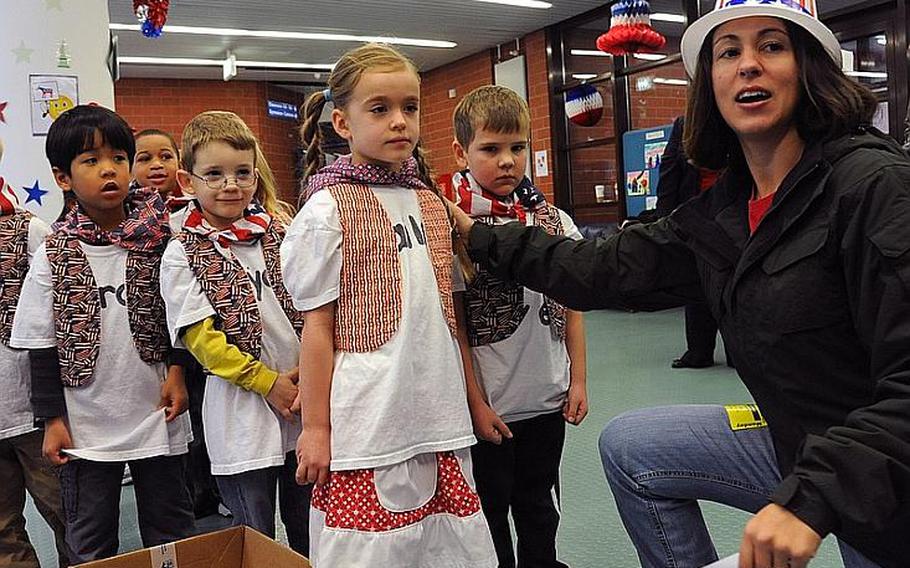 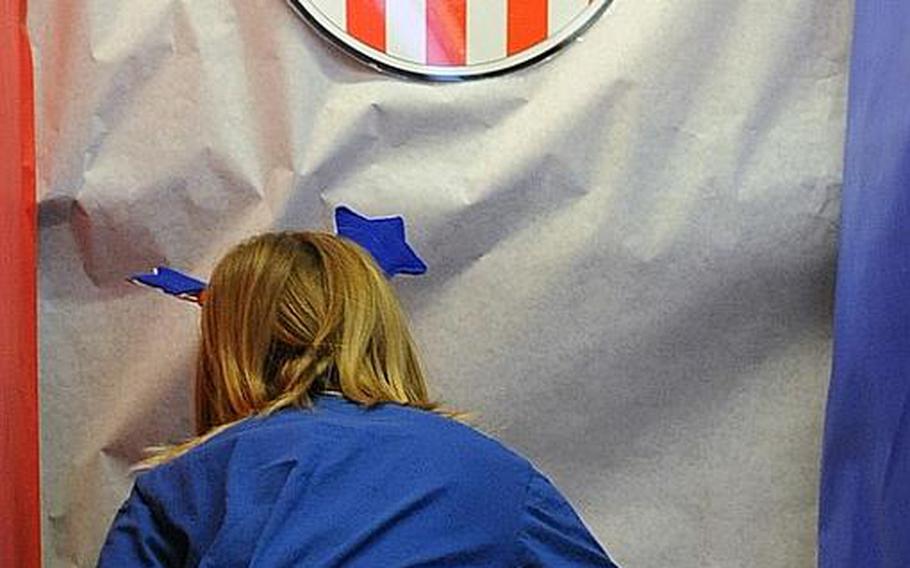 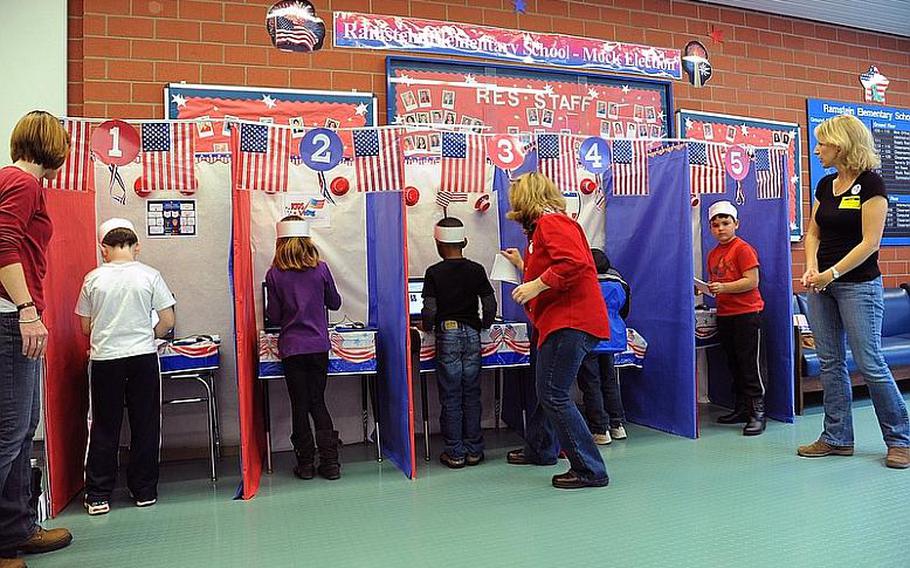 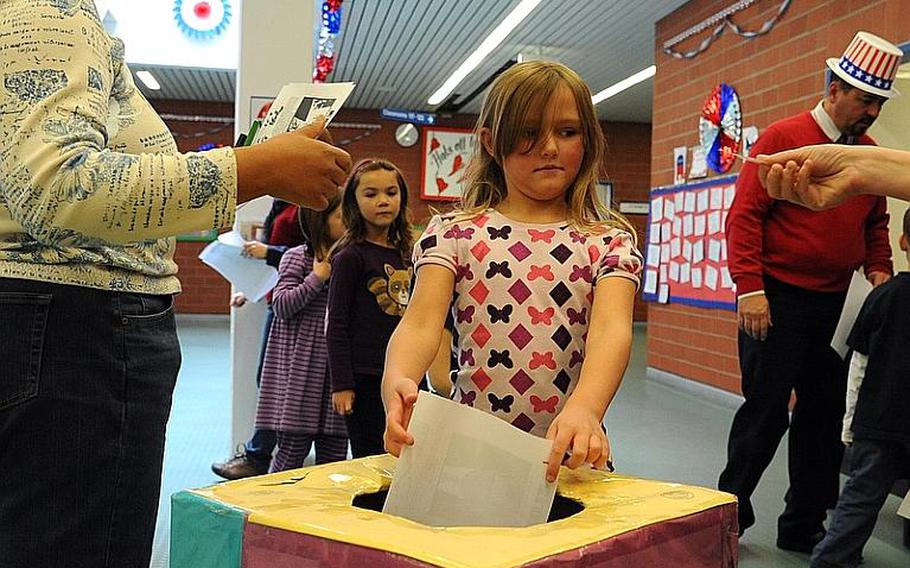 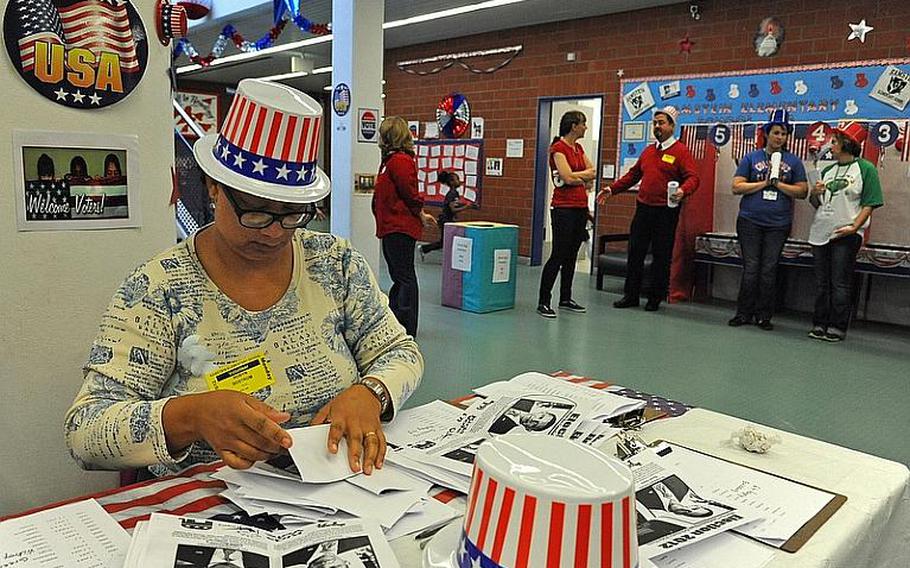 Buy Photo
Volunteer Robyn Bostrom counts ballots at the Ramstein Elementary School&#39;s mock election on Monday. When some of the voting computers were not working, the students voted the old-fashioned way, marking their choice with a marker on paper. (Michael Abrams/Stars and Stripes)

RAMSTEIN AIR BASE, Germany &mdash; Gov. Mitt Romney didn&rsquo;t have to work hard to win the favor of some students at Ramstein Elementary School.

Some said they voted for Romney in the school&rsquo;s mock election Monday because he has &ldquo;good eyelashes&rdquo; and nice hair &ldquo;that looks like it had gel in it.&rdquo;

Though the Republican challenger may look presidential in the eyes of some Ramstein students, Romney still lost handily to President Barack Obama, when all the pretend ballots were counted. The final vote tally: Obama 487, Romney 297.

Ramstein Elementary was among a number of Department of Defense Dependents Schools in Europe to host a mock election in the days leading up to Tuesday&rsquo;s vote. Organizers say such events give students a hands-on lesson in civics and teach them the importance of exercising their right to vote, even before they&rsquo;re of legal voting age.

&ldquo;They realize voting is a relatively quick, interesting and a fun way to fulfill their roles as citizens,&rdquo; said Shawn McCarthy, a teacher at Sigonella Middle High School, which has held a mock election for every presidential race since at least 2000. &ldquo;Students years later often come back to let us know they remember casting a ballot in their youth,&rdquo; McCarthy said in an email to Stars and Stripes.

The outcomes of presidential mock elections at Ramstein Elementary in recent years have predicted the eventual winner, said Deborah Lowder, a teacher of special needs&rsquo; students and the coordinator for the school&rsquo;s mock election committee.

&ldquo;I think kids listen to their mom and dad; probably not always, but I think there&rsquo;s a strong correlation to what their parents believe,&rdquo; said principal Joe Lovett.

Ramstein second-grade teacher Bonnie Grimes said parental influence can be strong, but she tells her students that their vote is their choice.

Diane Jones, who brought her two home-schooled sons to Ramstein Elementary on Monday to participate in the mock election, said she was trying to let her children form their own opinion, after researching the candidates and listening to the debates. &ldquo;I&rsquo;m teetering in the middle myself,&rdquo; she said.

Nine-year-old Avian Jones was clear on his choice: &ldquo;Once he became president, he took all the money,&rdquo; he said of Obama. He hopes Romney gets elected and &ldquo;does good stuff.&rdquo;

Students at Ramstein Elementary voted on laptops set up in makeshift booths. With the click of a mouse, they checked a box next to the candidate&rsquo;s picture and name. The computers went down several times, but voting continued, in traditional fashion: Volunteers handed out paper ballots with the candidates&rsquo; faces and names, telling students to mark their choice with &ldquo;a circle, &lsquo;X&rsquo; or big smiley face.&rdquo;

&ldquo;Shhh,&rdquo; said one teacher to her students after they voted and proudly stuck an &ldquo;I Voted&rdquo; sticker on their shirts, or in some cases, foreheads. &ldquo;Don&rsquo;t tell anybody, it&rsquo;s a secret.&rdquo;

But most students eagerly disclosed who they voted for and why.

&ldquo;Barack Obama,&rdquo; said Zophia Bur&ntilde;ey, 7. &ldquo;He&rsquo;s the best guy I can think of besides Mitt Romney.&rdquo; A good president needs to be able to lead, write and work hard, she said, shortly before casting her ballot.

Elena Wall, 8, was giddy about Romney.

&ldquo;Mitt Romney, his eye color was pretty good,&rdquo; she said. &ldquo;People say he has brown eyes, but he actually has hazel eyes.&rdquo;