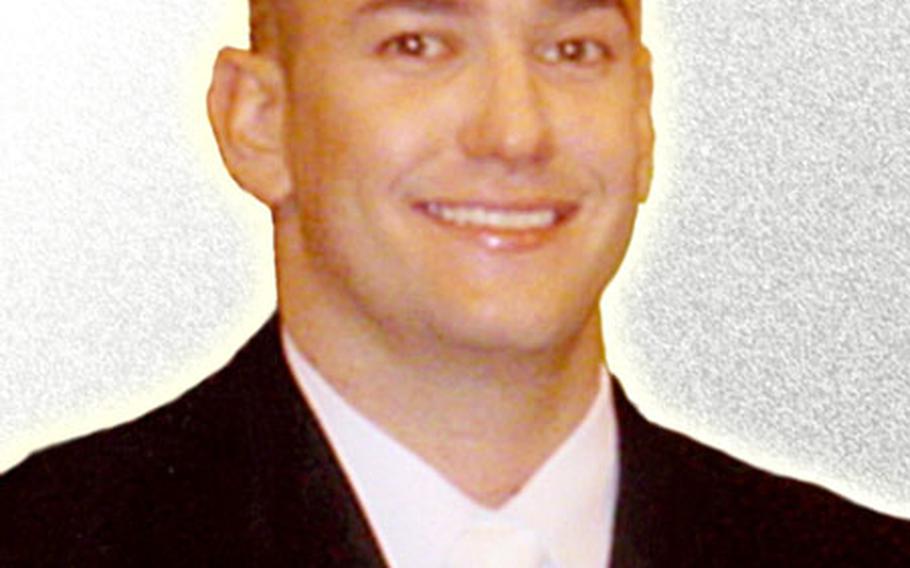 Airman 1st Class David Intihar, 23, was found dead in his apartment in Landstuhl by his wife. An investigation into cause of death is ongoing. (Courtesy to Stripes)

RAMSTEIN AIR BASE, Germany &#8212; Airman 1st Class David Intihar knew the difference between a megabyte and a gigabyte, but few would guess him as a &#8220;computer geek.&#8221;

They called him &#8220;Big Dave&#8221; or &#8220;Big D&#8221; for a reason. He was tall and worked religiously in the gym. He had only been with the Ramstein-based 735th Communications Squadron a couple of months but was already formulating a plan to get members of his unit in better physical shape.

His enthusiasm for fitness and nutrition makes his death at age 23 more shocking to members in the squadron.

Intihar, of Pinebrook, Fla., died last Wednesday. His wife of five months found him dead in their apartment in Landstuhl.

Special agents with the Air Force Office of Special Investigations are investigating but have released few details.

About 140 squadron members, family and friends remembered Intihar at a memorial ceremony at the base&#8217;s North Chapel on Tuesday.

His death is difficult to fathom for many in the squadron, especially those in their early 20s and new to the Air Force, Spencer said.

The squadron is responsible for maintaining the Kaiserslautern military community&#8217;s network of 22,000 computers. Intihar worked in the network control center as a messaging technician making sure the e-mail worked smoothly.

Intihar joined the 735th in early February and quickly made friends with others who shared a common interest in online gaming. He came from South Korea, where he had met his wife, H.J.

Chaplain (Maj.) Michael Fitz-Patrick said everyone is affected by his death in some way and &#8220;none of us could have anticipated exactly why David&#8217;s earthly light ended when it did or how it did.&#8221;