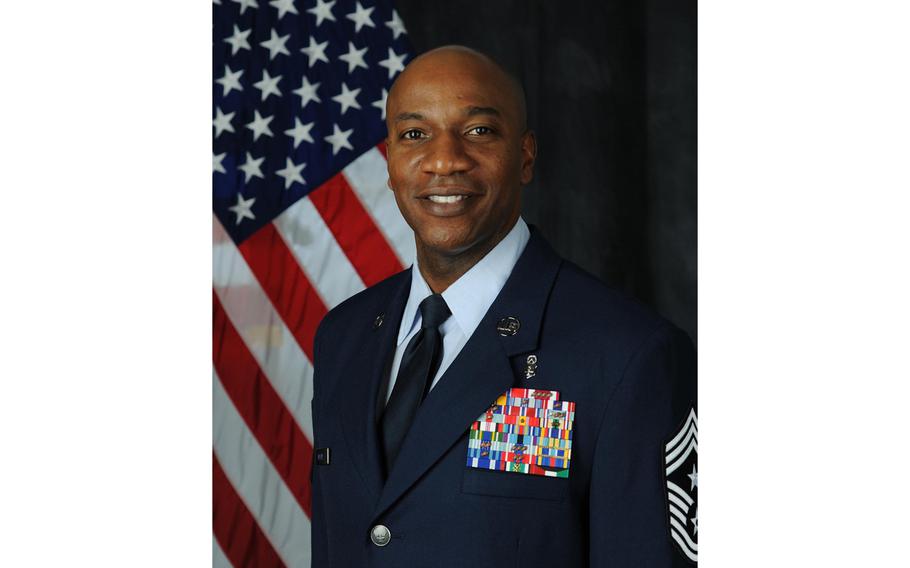 Wright is a four-time command chief with experience at the squadron, group, wing, numbered air force and major command levels. He’s currently the command chief master sergeant for USAFE-AFAFRICA at Ramstein Air Base.

Goldfein called choosing a new chief master sergeant of the Air Force “the most critical personnel selection I will make during my tenure” because of the important relationship between a senior officer and his or her senior enlisted leader.

“When it works — like it has — it’s magic,” he said in remarks from the ceremony that were recorded in a video posted to his official Facebook page.

Wright’s Air Force career began in 1989 at Pope Air Force Base, N.C., where he was a dental assistant specialist with the 23rd Medical Group. He would go on to various assignments in the dental career field, including flight chief and squadron superintendent positions.

Goldfein noted that Wright was also a professional military education instructor and was one of the first enlisted members to complete the Air Force’s Air War College program by correspondence.

Wright, who spoke briefly at the ceremony, said he and his wife, Tonya, were grateful and excited to serve as “the advocate for our almost 400,000 enlisted airmen across” the Air Force.

“Seventeen giants have come this way before us,” he said, referring to his predecessors. “We understand how important it is and how difficult it will be to fill their shoes but, I can tell you, we’ll be ready.”

Wright will be only the second African-American to serve in the Air Force’s highest enlisted position since the job was created in 1967, during the Vietnam War. The first was Chief Master Sgt. Thomas N. Barnes, who was appointed to the job in 1973.