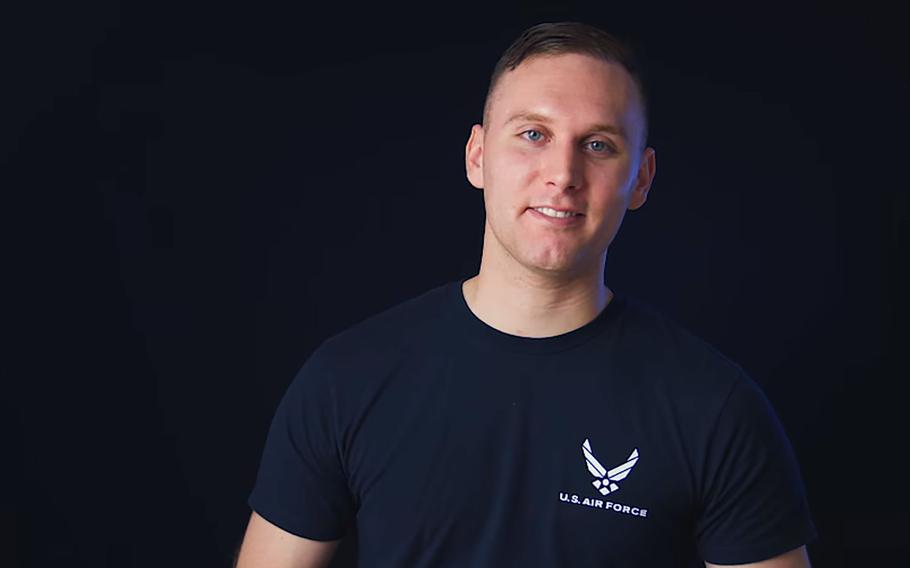 KAISERSLAUTERN, Germany — A Ramstein airman passionate about photography and filmmaking will get the chance to use his creative talents to help Air Force recruiters do their jobs.

Senior Airman Lane McCall, a technician with the 86th Communications Squadron, was named the winner of the Air Force’s 2018 “We Are Airmen” recruiting video contest, the Air Force announced Wednesday.

McCall said he was exited to work on the production set that will turn his video into an on-air Air Force recruiting commercial, the Air Force said in a statement.

A photographer and short film director away from the Air Force, McCall has his own YouTube channel featuring travel vlogs, tech reviews, photo shoots and other content.

In his winning video, McCall speaks at a fast, engaging clip, mixing in humor as he shows in 60 seconds what the Air Force has to offer.

After dazzling footage of fighter jets, bombs and paratroopers, he says: “But that doesn’t mean we’re all pilots, jumping out of planes, blowing stuff up. Get real.”

McCall goes on to describe career fields beyond the stereotype, such as cyber, mechanical, medical and engineering.

More than 70 airmen submitted videos for the contest. McCall was one of 10 finalists invited to attend the Air Force Association’s Air, Space and Cyber Conference this week in National Harbor, Md., where the winner was announced.

Contestants had full creative control over the style, tone and content of their videos.

McCall said he joined the Air Force for the education benefits.