Ramadan in Bahrain: A servicemember’s crash course on customs, rules and where to eat 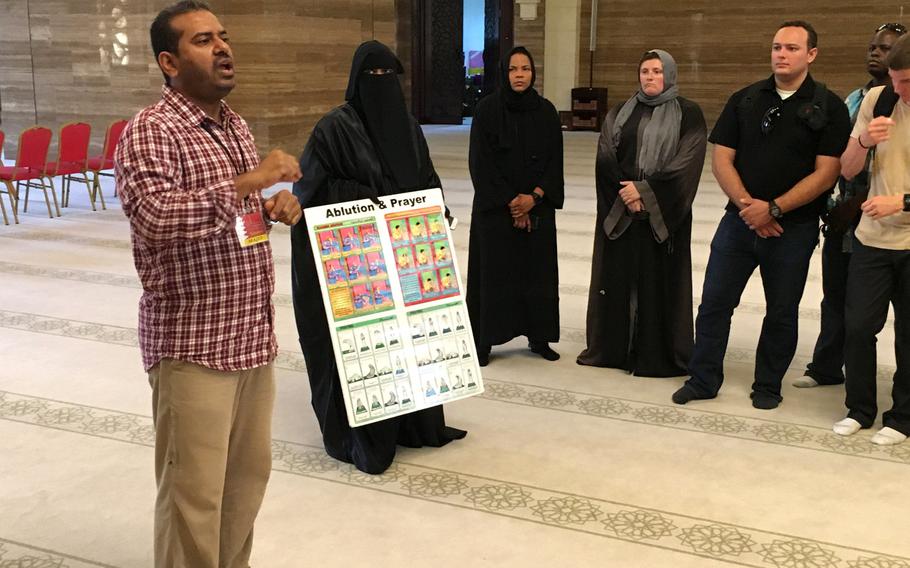 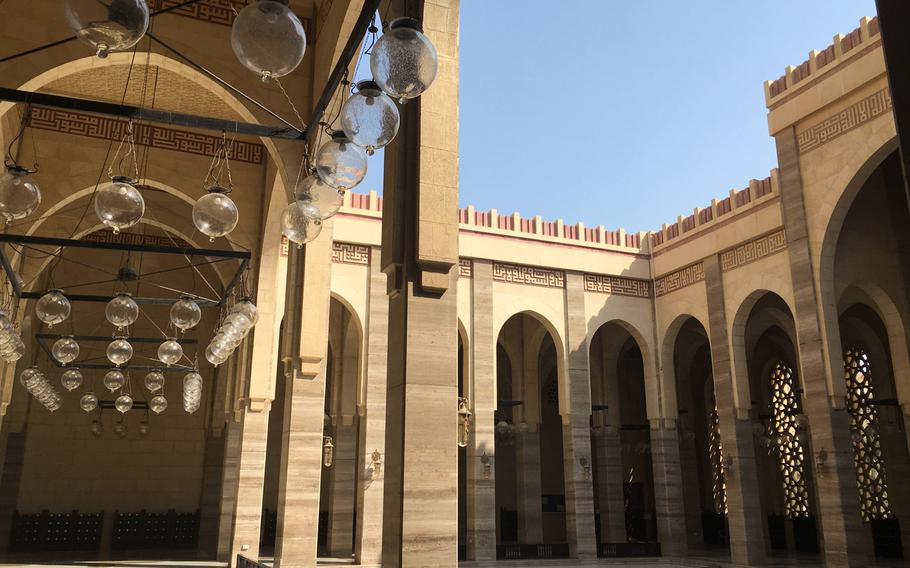 Buy Photo
The Al-Fateh Mosque, the largest in Bahrain, can host more than 7,000 worshipers at a time. (JOSHUA KARSTEN/Stars and Stripes) Buy Photo
The Al-Fateh Mosque, the largest in Bahrain, can host more than 7,000 worshipers at a time. Ramadan, the Muslim holy month, is set to begin May 6 and requires all expats in Bahrain to observe fasting laws during daylight hours. (JOSHUA KARSTEN/Stars and Stripes)

MANAMA, Bahrain — Petty Officer 2nd Class Nojeem Ogungbo, a Muslim sailor assigned to the U.S. Navy base here, was excited to practice his faith in a Muslim country during the religion’s holy month of Ramadan, which begins Monday.

The period of fasting from sunrise to sunset marks the ninth month of the Islamic lunar calendar when the Quran was believed to have been revealed to the Prophet Muhammad.

“One thing that I always do differently during Ramadan, it helps me pray more,” Ogungbo said. “I double my prayer when it comes to Ramadan.”

While non-Muslims stationed here are not required to adhere to the monthlong fast, those who flout local practices could face penalties off base for chewing gum or smoking in public during the day.

And even though there is no enforcement of Ramadan practices on base, non-Muslims may want to be more sensitive to the experiences of their Muslim counterparts during the fasting season, some adherents said.

Servicemembers attended mandatory briefs throughout April aimed at helping them understand cultural courtesies and laws during Ramadan, but Alaa Afifi, the base’s intercultural relations specialist, prefers not to call them dos and don’ts.

Instead, he and others offered tips on what to expect and how to show respect during the month ahead.

Be mindful in public For Muslims, fasting means avoiding ingesting anything through their mouths during daylight hours, as well as abstaining from sexual acts or bad deeds.

While off base, non-Muslims are expected to respect the observance by not eating, drinking, chewing gum or smoking in public during that period — failing to do so is considered a civil offense which could result in a fine or confinement.

There are exceptions for children under age 12, the elderly, the sick and pregnant or menstruating women.

Swimming is allowed at hotels but resorts and private compounds set their own policies, so it’s best to ask management before taking a dip, he said.

Public drunkenness, while never appropriate, is “particularly offensive” during Ramadan. Local authorities may be less forgiving of it during the month, Afifi said.

Not everything is off-limits Eating and drinking — including alcohol — can be done in a private residence or hotel room, and food and drink can still be purchased at supermarkets during the day, but not sampled there.

Four- and five-star hotels also typically stay open for all-day dining, though Afifi said it’s best to call ahead to be sure.

Local community groups, the U.S. Embassy and word-of-mouth can also be helpful when looking for a place to eat during the fast.

“Most restaurants will have takeout and delivery,” said Tina Hurban, administrator of the Bahrain Family Group page on Facebook, who sent out a list of popular restaurants that will serve during fasting hours.

Sarosh Aibara, who manages four hotels in Bahrain as chief operating officer for Elite Hospitality Group, said all eateries will open in the evening, after sunset, but will not serve alcohol.

Mistakes can be tolerated While many of the civil offenses carry possible penalties and rumors have swirled online about police arresting people for things like drinking water in their car, community leaders said they’ve never heard of foreigners being detained for minor violations. Afifi, who has led Ramadan briefings on base for 21 years, said he has never seen a servicemember get in trouble.

In the past 18 months, Lt. Christina Mauntel, a base chaplain, has seen no cases of troops getting penalized.

“People say all sorts of things, but it’s one of those things where we have the understanding that we are here as guests of the Kingdom of Bahrain,” she said. “We just want to be culturally sensitive.”

Aibara, the hotel executive, believes “it’s only right” to follow local laws, such as prohibitions on drinking water in public, even in a privately owned car, he said, “but in Bahrain, I have never heard of the cops getting strict on that.”

Ramadan is “not used to condemn other religions,” said Ogungbo. “It teaches about friendliness, it teaches about brotherhood and also peace,” he said of Islam.

Make it a learning experience People of other faiths might also want to take the opportunity during the month to experience some of the cultural aspects of the holy month, some Muslims said.

“For those who wish to enjoy the atmosphere and culture of Ramadan, there will be Ramadan tents throughout the country where food, conversation and games are available every night,” said Mubarak, the retired chaplain. “The local population sincerely enjoys hosting visitors during the holy month. Please do not be shy to accept an invitation.”

Afifi recommended that expatriates, foreigners and military members take part in Iftar, the meal that breaks fasting after sunset each day. On the day after Ramadan, Muslims mark Eid al-Fitr, several days of feasting and celebrating, expected to begin after sunset June 4.

Non-Muslims were encouraged to ask questions and socialize with locals during the month. Some have been known to use the time to learn more about the religion.

“It’s a holy season, don’t be paranoid about it, but be respectful,” Mauntel said. “We’re guests here, so if you’re curious, just ask. The worst someone can tell you is ‘I don’t want to talk to you about it,’ which that has not been my experience.”

Ogungbo is happy to talk to people newly experiencing Muslim culture for the first time, he said. A native of Nigeria and a Muslim from birth, he’s accustomed to the challenge of the spiritual and physical practices of the holy month.

“I’m used to [physical training] while fasting,” he said. “It doesn’t hurt ... I run and I can do Ramadan. It’s business as usual.”