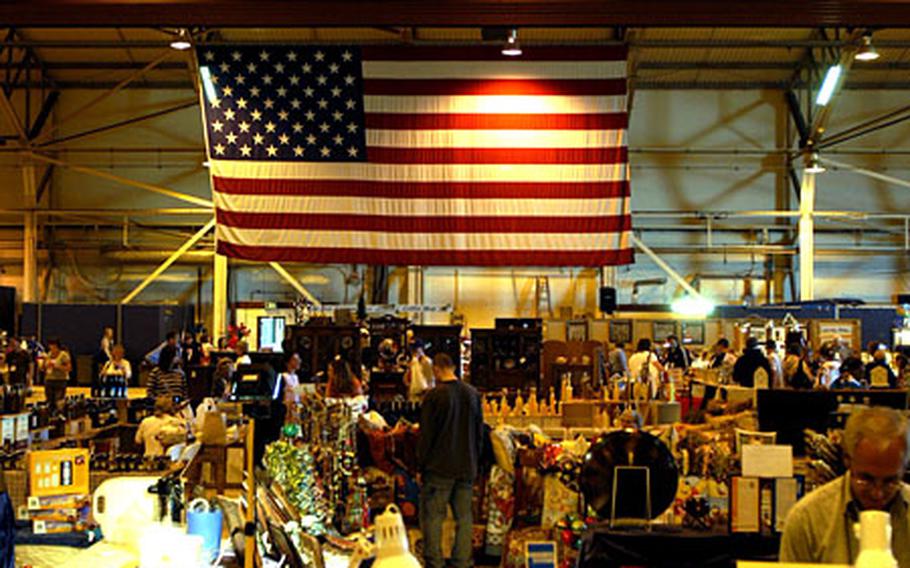 Vendors from across Europe will fill RAF Lakeheath&#39;s Hangar Seven over the weekend for the annual holiday bazaar. (Bryan Mitchell / S&S)

Vendors from across Europe will fill RAF Lakeheath&#39;s Hangar Seven over the weekend for the annual holiday bazaar. (Bryan Mitchell / S&S) 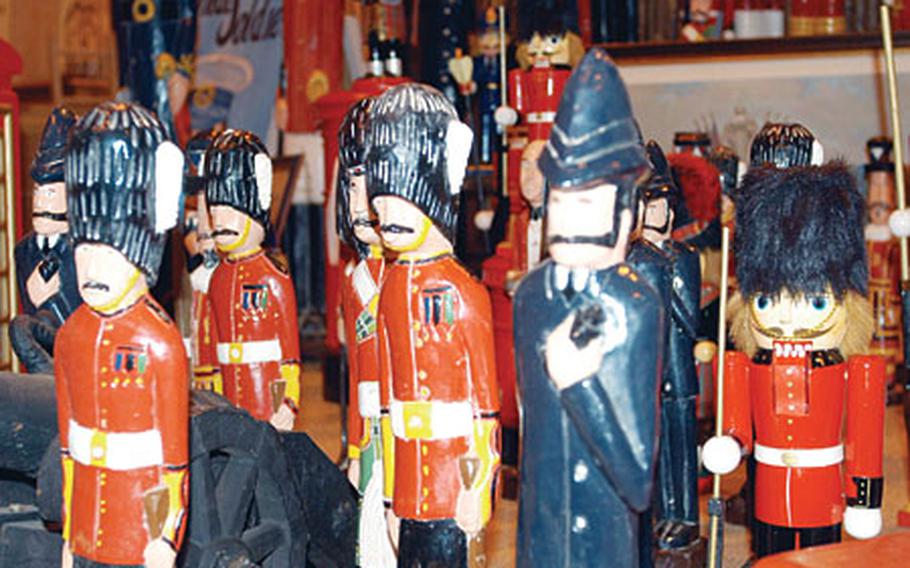 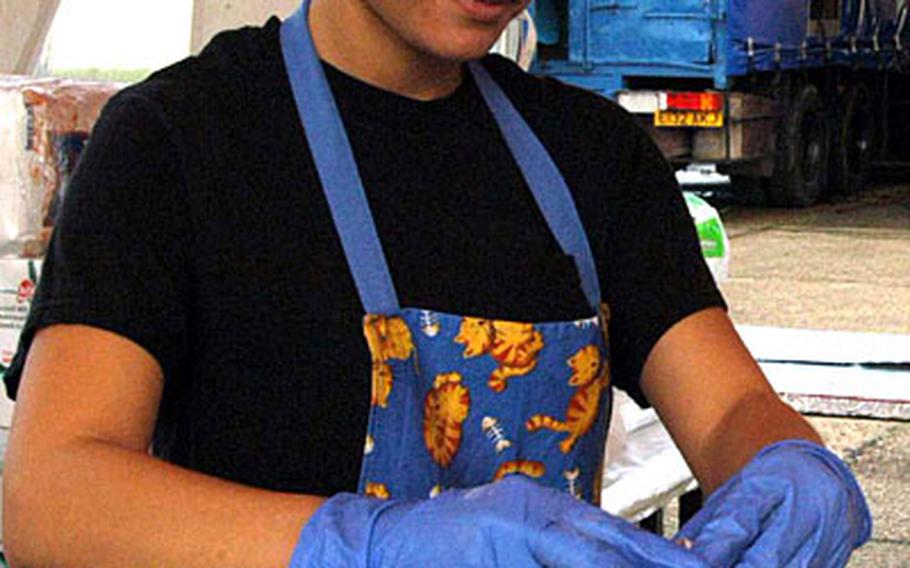 RAF LAKENHEATH &#8212; It&#8217;s that time of the year again, time for the local Air Force community to gather in the name of fun, charity and buying some really cool stuff.

The annual Lakenheath Holiday Bazaar kicks off Friday, offering food, rides and vendors from across Europe hawking their wares.

They will be selling Dutch cheese, Polish pottery, rugs and a ton of antiques, to name a few items, according to Kate Van Yperen, the bazaar&#8217;s chairwoman.

The event takes place around hangar 6, building 1238 and the wash rack on either side of the taxiway.

Aside from the numerous vendors on hand, there will be rides and food outside, she said.

Concessions will be open two hours later on Friday and Saturday this year, giving community members more time to take in the bazaar, Van Yperen said.

And while good deals and good times are a given with the event, it&#8217;s also the primary fundraising apparatus for the Enlisted and Civilian Spouses Club and the Officers and Civilians Spouse Club, two organizations that donate regularly to charities throughout the year, she said.

From the variety of products available to the all-around fun vibe, the bazaar offers an experience most community members won&#8217;t find back in the States, she said.