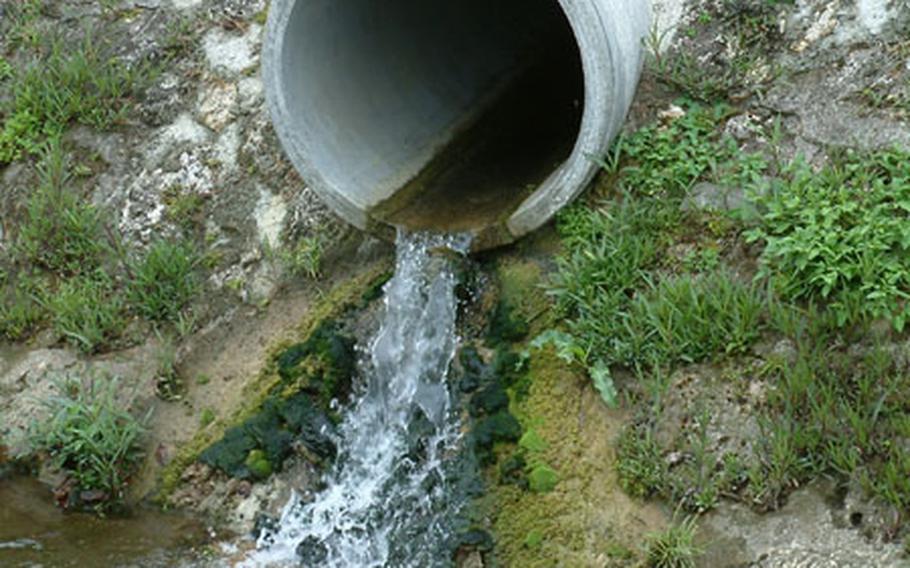 NAHA, Okinawa &#8212; Get out your raincoats and umbrellas: The rainy season officially has begun on Okinawa.

However, it&#8217;s too early to breathe a sigh of relief and put away the extra water you stored for the island&#8217;s water-rationing plans.

&#8220;Although the rainy season has started, there has been no substantial rainfall that would drastically change the present water condition,&#8221; said Sakae Ito of the Okinawa General Bureau, a national government agency that manages six of the nine major reservoirs on Okinawa.

&#8220;The severe water situation on Okinawa remains the same,&#8221; said Ito, a member of the Okinawa Drought Countermeasure Council.

The weather observatory announced Wednesday that the six-week rainy season had begun a tad early with a half-inch of rain falling overnight.

&#8220;A rain front dominates near Okinawan waters and cloudy days with rain showers are expected during the coming week,&#8221; a forecaster said.

The weather bureau predicted an average rainfall of about 17.8 inches during the rainy season.

Ito said members of the Drought Countermeasures Council are cautiously optimistic that water-rationing can be shelved this year. Overnight rationing was scheduled for March 29 but got canceled after a weekend deluge. Voluntary water-conservation measures remain in effect on U.S. military bases in Okinawa.

&#8220;According to the weather forecast, an average rainfall is expected during the rainy season, but this is still a prediction, and not for sure,&#8221; Ito said. &#8220;We won&#8217;t know for sure until it actually happens.

&#8220;Until then, the situation does not allow any optimism. While hopeful, we are still asking people to continue to conserve water.&#8221;

As of Thursday, the average water level in the nine reservoirs was 49.4 percent capacity.