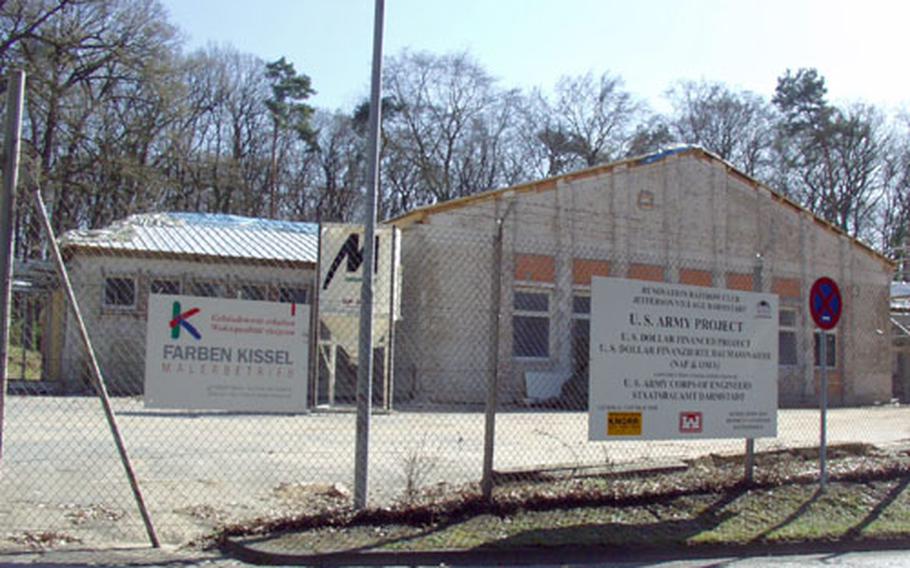 A contract to renovate the Rainbow Club, in Darmstadt, Germany, will have to be rebid after the original contractor halted work and had the contract taken away. (Jessica Iñigo / S&S)

DARMSTADT, Germany &#8212; A contract for renovating the Rainbow Club outside Cambrai-Fritsch Casern in Darmstadt will be rebid after German officials removed the original company from the project.

The Knorr-Spezialbau GmbH construction company&#8217;s contract was terminated by Darmstadt building inspectors on Feb. 6, about 10 days after the company stopped work.

According to a news release by the 233rd Base Support Battalion, based in Darmstadt, the German officials sent the company notification that work had to resume. When it did not, Knorr-Spezialbau was removed from the job.

German officials declined to say why the company stopped work, other than that it was not &#8220;legitimate.&#8221;

German officials said they anticipate award of a new contract by the end of April and completion by August. Knorr-Spezialbau will be held accountable for any additional costs.

The nightclub, originally built in the 1950s and open to all ranks and civilians, is being renovated with both Army construction funds and money from Morale, Welfare and Recreation. It had been scheduled to open March 15.