Rain presents a challenge for Air Force crews in Liberia 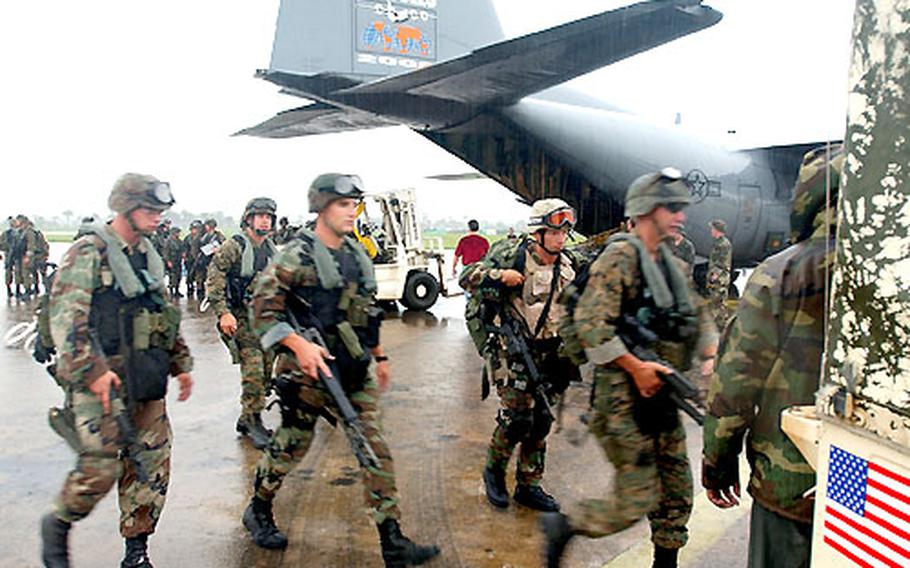 KAISERSLAUTERN, Germany &#8212; At their homemade compound at a Sierra Leone civilian airport, U.S. Air Force crews are doing anything they can to come in from the rain.

That&#8217;s a challenge in the midst of the West African nation&#8217;s rainy season, said Col. Steven Dreyer, commander of the 398th Air Expeditionary Group. The 398th AEG was established with 100 rescue and security forces airmen to support future humanitarian operations in Liberia.

The waterproofing work is makeshift at best, though.

&#8220;Half the time you get in the copter and your gear is drenched. It makes a seven-hour sortie all that much longer when your clothes are soaked through,&#8221; Prejean said.

Life in a nonstop rainstorm is one reason Dreyer opted against building a tent city at the airport, which backs up to a thick jungle outside Sierra Leone&#8217;s capital of Freetown.

In addition to force protection concerns, the area is rife with mosquito-borne malaria. And if it ever stops raining, airmen also would have to contend with threats such as venomous snakes and other vermin, Dreyer said.

So the commander arranged to lodge the airmen in hotels at the airport, where they live two to three to a room.

Temperatures are averaging about 90 degrees. Airmen, who are on alert 24 hours a day, are pleased with the accommodations.