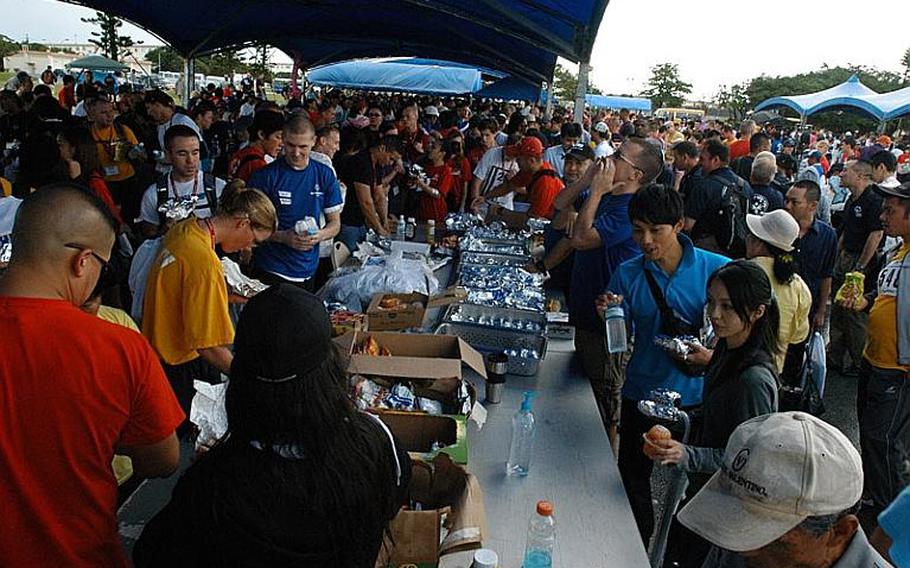 Buy Photo
Hot dogs, hamburgers and packets of chips were served for all the athletes and volunteers taking part in the Special Olympics, Saturday. Many took cover under the large tents as rain came down throughout the day. (Matt Orr/Stars and Stripes)

Buy Photo
Hot dogs, hamburgers and packets of chips were served for all the athletes and volunteers taking part in the Special Olympics, Saturday. Many took cover under the large tents as rain came down throughout the day. (Matt Orr/Stars and Stripes) 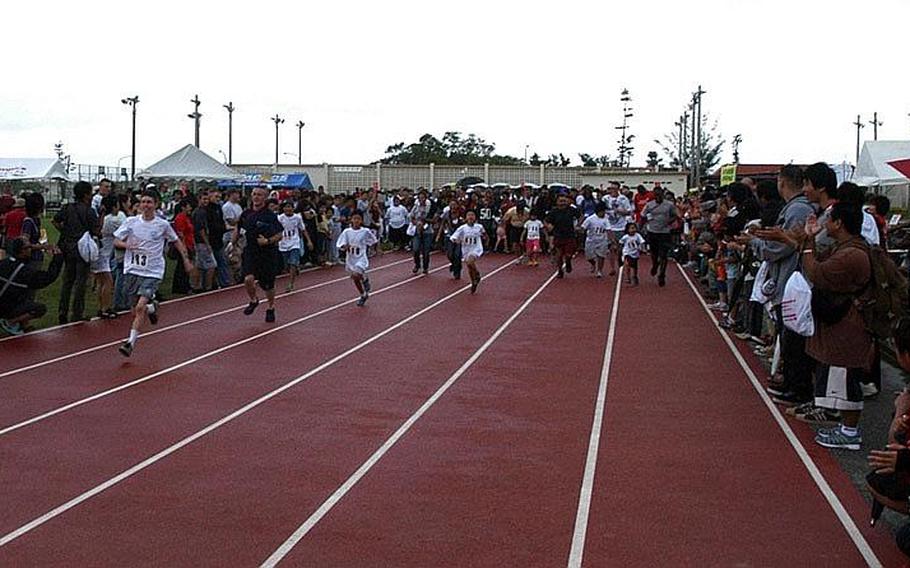 Buy Photo
Special Olympics athletes race down the track in the 30-meter dash held at Kadena Air Base Saturday. The weather certainly didn???t cooperate for the day, with near constant rain storms occurring throughout the day. (Matt Orr/Stars and Stripes) 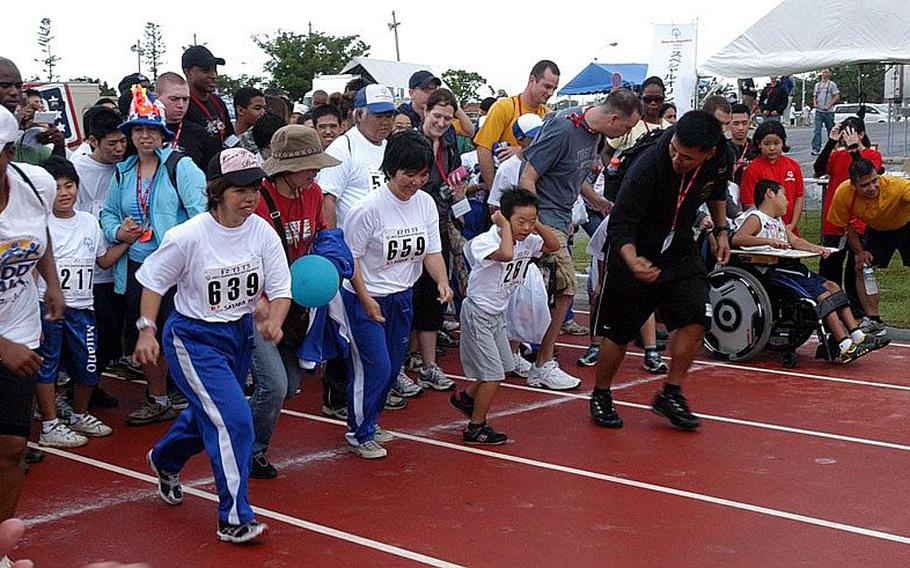 Buy Photo
Special Olympics athletes race across the start line in the 30-meter dash Saturday. Athletes didn???t let the rain spoil their day as they competed in the various events throughout the day. (Matt Orr/Stars and Stripes) 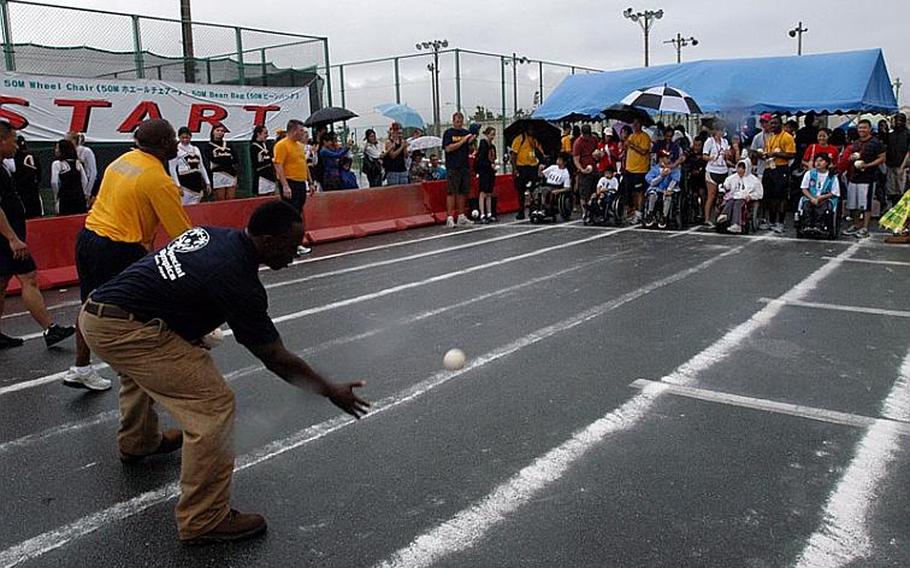 Buy Photo
Special Olympians compete in the softball throw at the Special Olympics on Kadena Air Base, Saturday. Athletes threw a softball as far as they could and winners were awarded medals at the completion of each heat. (Matt Orr/Stars and Stripes)

KADENA AIR BASE, Okinawa &mdash; Even an autumn storm that swept high winds and rain through the base couldn&rsquo;t dampen the spirits of the more than 4,600 special-needs athletes and volunteers taking part in Kadena&rsquo;s 12th annual Special Olympics.

The festivities featured various sport competitions, including races, a wheelchair softball throw, a beanbag drop, ground golf, floor hockey and wheelchair dance. There was even an art exhibit.

In between the heavy rain, hundreds of athletes competed in races at the Risner Fitness complex while double the number of American volunteers lined the track to encourage them on.

Tsugushi Toma, 19, was all smiles after crossing the finish line.

&ldquo;I have never seen my son so freely expressing his emotion in public,&rdquo; said his father, Toshihiko. It was the first time Tsugushi took part in the event.

Special Olympics, which was started by Eunice Kennedy Shriver at her Maryland home in early 60&rsquo;s as a summer day camp for young people with intellectual disabilities. It has grown into a major international event for more than 3 million athletes around the world.

Hiroyuki Urasaki is among the athletes who have taken part in every event at Kadena Air Base.

&ldquo;For someone like my son, who has Down syndrome, it is very rare to have an opportunity to meet with many people like in this event,&rdquo; said his father, Tatsuhiro.

&ldquo;Meeting new people will connect him with the society, which helps him to grow,&rdquo; he said.

Hiroyuki&rsquo;s escort, Luis Avila, hospital corpsman at Camp Kinser, found out through an interpreter that Hiroyuki has love for baseball and basketball. That&rsquo;s when his interest in his Japanese guest grew more. Taking out a sheet of paper with basic words in both Japanese English, he scrambled to look for a word to ask more questions.

&ldquo;I do 5-K run, too,&rdquo; he said as the two exchanged smiles.