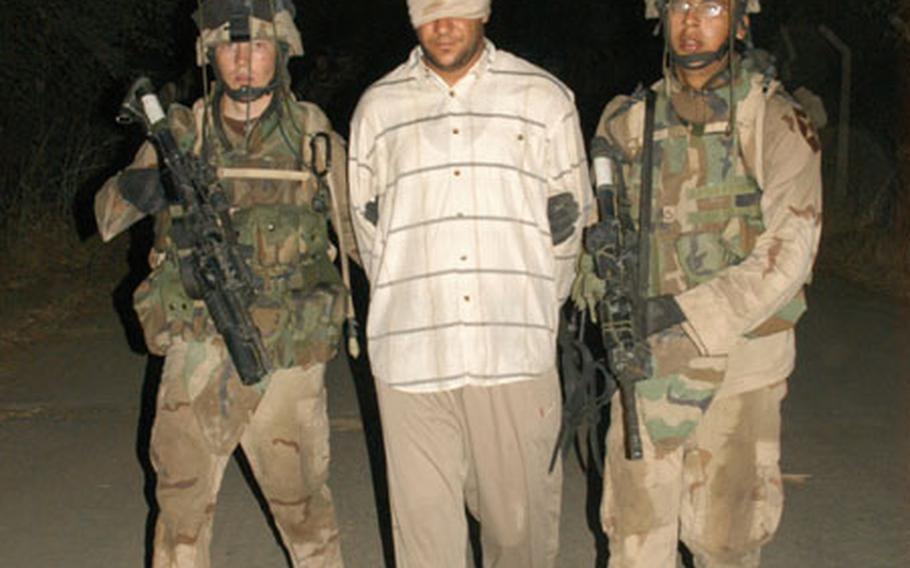 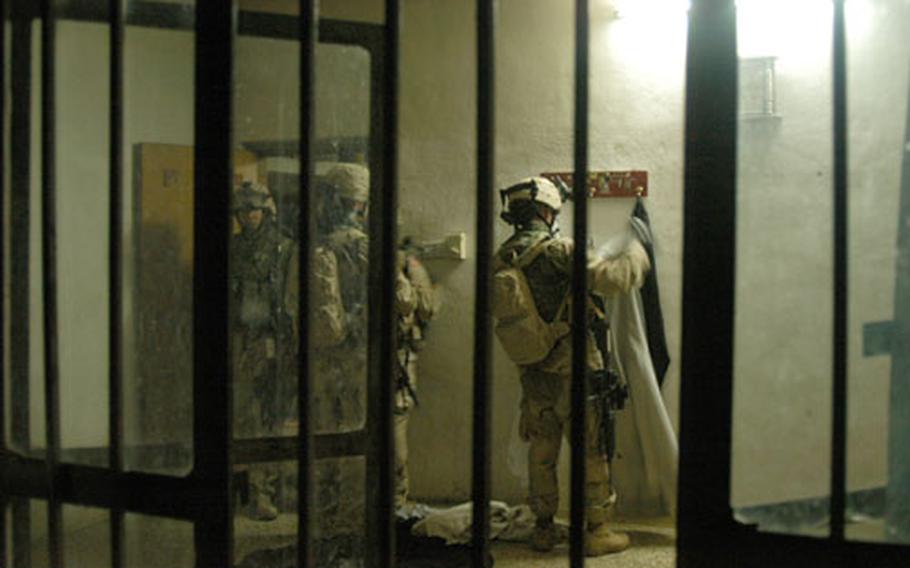 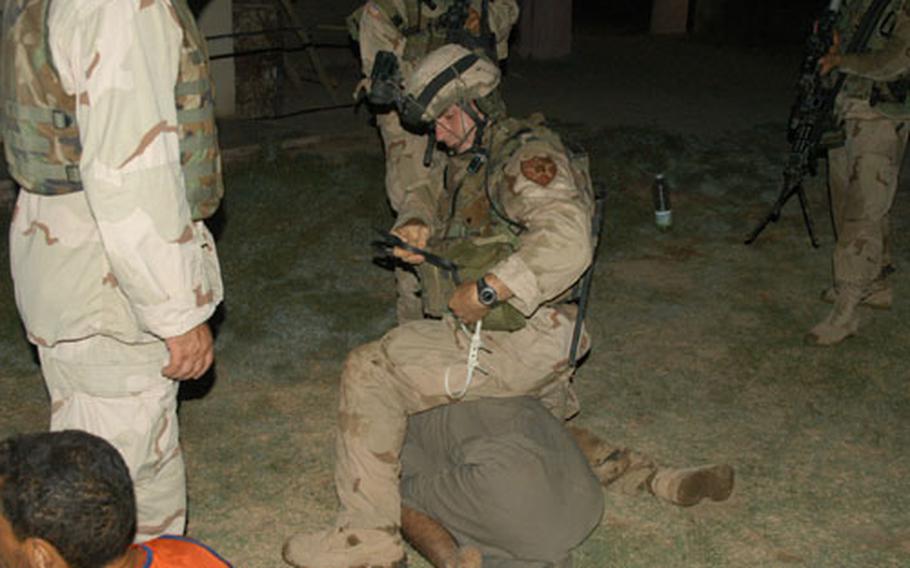 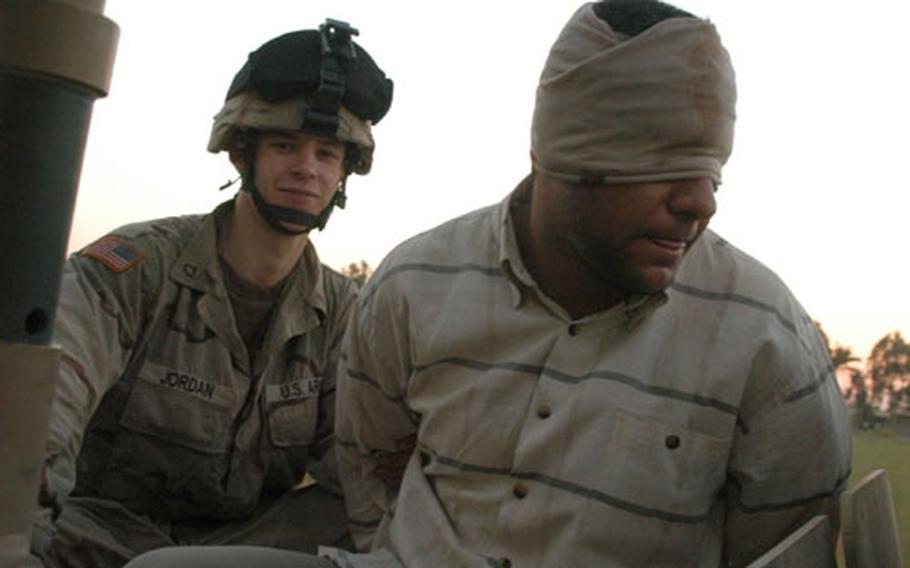 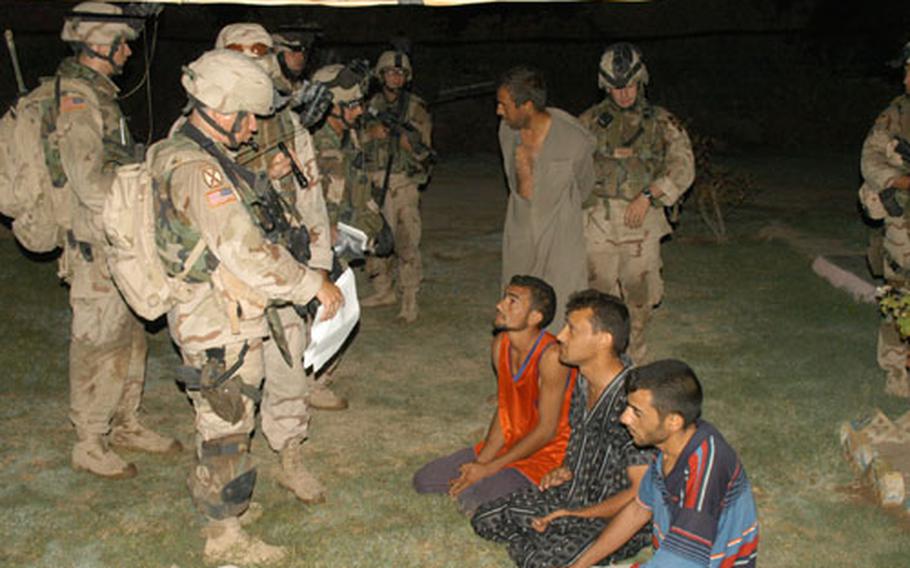 CAMP HABBANIYAH, Iraq &#8212; Iraqis in the Habbaniyah area can expect regular house raids from the U.S. Army until they stop helping insurgents who have set hundreds of bombs on local roads, said Col. David Clark, the commander of the 1st Battalion, 506th Infantry Regiment.

Since 1-506 arrived at Camp Habbaniyah two weeks ago, soldiers have been targets of the roadside bombs several times a day, Clark said.

Locals are helping the insurgents, many of whom come from outside the district, by giving them places to hide, he said.

The 1-506&#8217;s answer is to step up the pressure on insurgents by raiding their homes and the homes of their friends and families, he said. The unit is known as the Currahees, a Cherokee word meaning &#8220;stands alone.&#8221;

Clark said that, on Saturday, 1-506 soldiers mounted a series of raids from Camp Habbaniyah and killed three insurgents who attacked a Humvee with a bomb, commonly referred to as an improvised explosive device.

Intelligence from the &#8220;Iceman,&#8221; an insurgent captured during raids earlier in the week, led to the discovery by 1-506&#8217;s Company A of a cache of 120 mm mortar rounds at one house, while a random sweep of another area by the company uncovered hundreds more rounds, Clark said.

Meanwhile, 1-506&#8217;s Company C mounted a series of raids in the small town of Abu Fleis, near Camp Habbaniyah. Those raids led to the detention of one man and the seizure of a computer and compact discs suspected of containing terrorist training videos.

In the early hours of the morning soldiers from Company C slipped through a hole in the barbed wire around the perimeter of their forward operating base and crept through the darkness toward Abu Fleis.

The soldiers&#8217; night vision goggles allowed them to keep a lookout for ambushes as they approached the town and moved along its dimly lit streets toward their objective.

When they reached the target house, an assault team went in, kicking the door open and quickly subduing four males inside.

The men were assembled on the front lawn and interrogated by Company C&#8217;s commander, Capt. William Jones, who accused one of being an insurgent.

&#8220;We were looking for Ali Mohammed Sulyman and Oman Mohammed Sulyman &#8212; two brothers who have both been to jail before. They are part of a terrorist network that has been setting IEDs in Khalidiya,&#8221; he said.

Through a translator, Jones made a series of threats that resulted in the Iraqi offering to lead him to where the Sulymans lived.

The man led the soldiers through a network of twisting dirt farm tracks to another house where the assault team again kicked in the door, once again assembling the males &#8212; two men and a boy &#8212; on the front lawn and taking the women to the back of the house.

Jones began a second interrogation that caught one of the Iraqis in a lie. At first, the man said he did not know the Sulymans; then he admitted they were his relatives. A search of the house turned up a computer and what appeared to be a series of terrorist training videos on compact disc.

Jones detained the man and confiscated the computer and discs.

Company C blindfolded the prisoner and marched him back to Camp Habbaniyah for further interrogation. They raided two other houses on the way back but did not find the Sulymans, who appeared to have fled three weeks earlier.

The soldiers appeared enthusiastic about the mission, one of their first since arriving in Iraq. Most were hyper-alert as they stalked the streets, constantly scanning for danger.

The young soldier was in the lead element during the patrol and helped clear three houses.

&#8220;Being able to go in without firing a shot was good. The squad and the platoon know each other and we were able to go to an objective and get out of there quick,&#8221; he said.

Company C returned to Abu Fleis later in the morning to pay the people at the first house for damage caused by the raid, Jones said.

But he will not compensate the owners of the target houses because they are terrorists, he said.