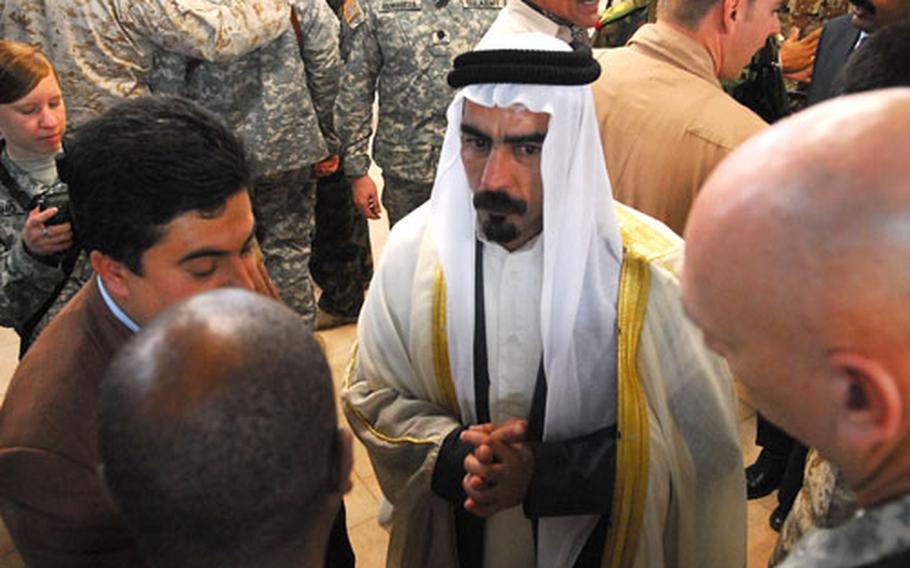 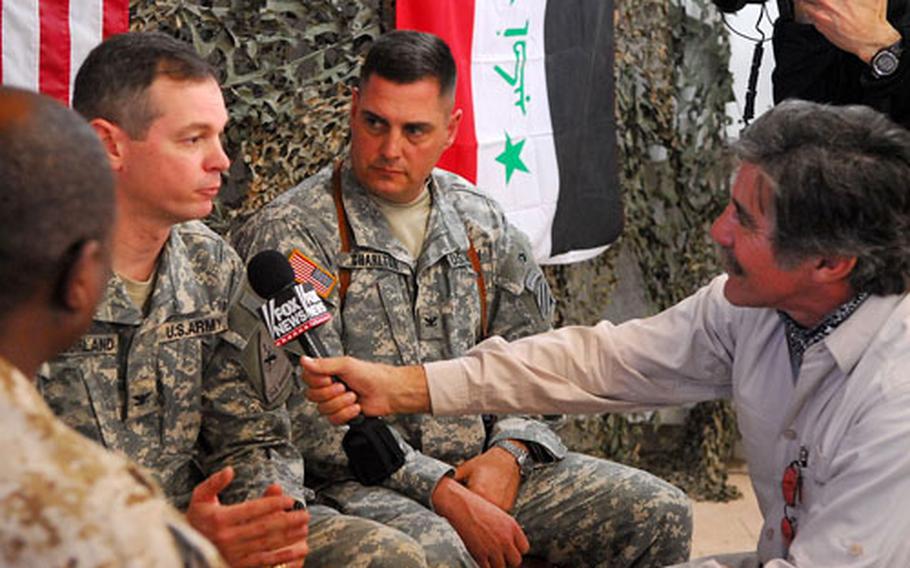 The breakthrough &#8212; which occurred when a majority of local tribe leaders decided to ally with coalition forces against Islamist militants &#8212; bodes well for the incoming 1st Brigade Combat Team, 3rd Infantry Division &#8220;Raider Brigade,&#8221; which is now on its third tour in Iraq.

&#8220;Although there is still work to be done, we take comfort knowing that we are relinquishing our job to the superior soldiers of the Raider Brigade.&#8221;

Col. John W. Charlton &#8212; commander of the 1-3ID who has served twice before in Iraq &#8212; said Sunday that his soldiers were prepared to build on the gains made by the departing 1-1AD.

Among those who attended the ceremony at Camp Ramadi was Marine Maj. Gen. Walter Gaskin, commander of Multinational Force West; Army Lt. Gen. Ray Odierno, commanding general of Multi-National Corps-Iraq; and Sheikh Abdul Sattar, the leader of a movement of Ramadi area tribes who have vowed to fight militants from Islamist groups like al-Qaida in Iraq.

The movement, which has been dubbed the &#8220;Anbar Awakening,&#8221; has prompted more than 4,500 local tribesmen to join the once-defunct Iraqi police force here and has also resulted in a surge in Iraq army recruiting in this Sunni Arab city. Commanders like MacFarland credit Sattar and other sheikhs with many of the gains the military has made in recent months.

Among other developments, U.S. officers say that enemy roadside bomb and mortar and rocket attacks have dropped by more than half since the &#8220;Anbar Awakening&#8221; movement took hold late last year.

&#8220;The tribes of the Awakening have sent thousands of young men into the police force and have helped us to chase al-Qaida forces out of the city,&#8221; MacFarland said. &#8220;Even as we speak the Awakening is spreading to other parts of Anbar, driving enemy forces further away from this province. They are truly our brothers in arms.&#8221;

In comments following the ceremony, Sattar vowed that the alliance of tribes would continue to help battle Islamist militants like al-Qaida in Iraq.

The campaign to retake Ramadi has been a costly one. At the transfer of authority ceremony MacFarland said that 86 soldiers, sailors and Marines had died in the effort.