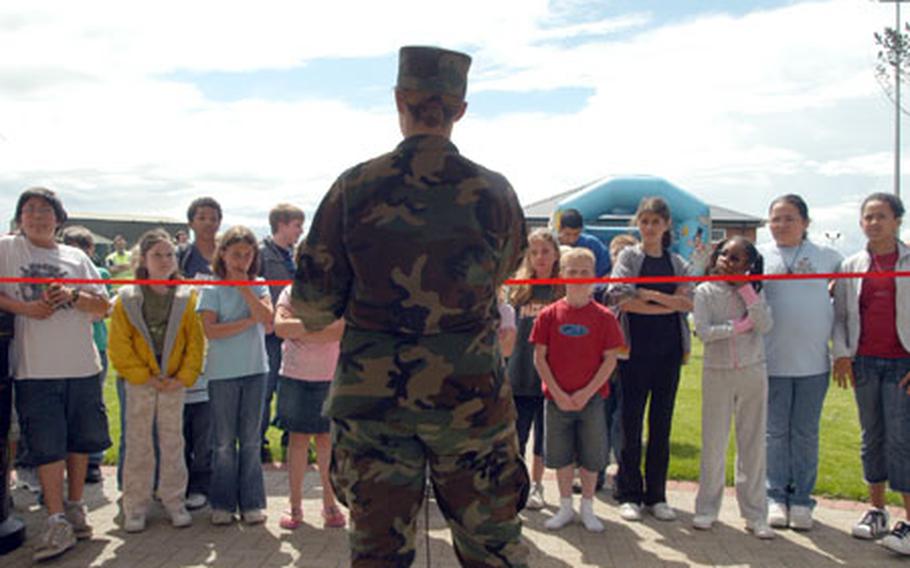 RAF MILDENHALL &#8212; Dozens of youngsters braved another chilly summer day last week for the official unveiling of the newest playground at RAF Mildenhall.

Six months in the making, Heritage Park is the culmination of a joint Air Force and Ministry of Defense project to move the playground from the old Ford Field &#8212; home to the new 100th Civil Engineering Squadron headquarters &#8212; to a tract of land between the bowling alley and the running track.

The park cost roughly $680,000 and required about 40 British contractors to complete, according to 100th CES program manager, Chris Nicholson.

But that mattered little to Gina Sachse, who arrived with three kids in tow to the unveiling. She just wanted another safe place to keep the kids entertained.

Heritage Park also has a bathroom/changing facility with accommodations for the disabled.

The park is built on land once home to an enormous swath of Roman era ruins, which included the so-called Mildenhall Treasure now housed in the Britain&#8217;s National Museum in London. The adjacent land that&#8217;s now home to the track was a cemetery where archaeologists found a collection of silver trays believed to have belonged to a high-ranking Roman official.