RAF Mildenhall kids are back in the Zone 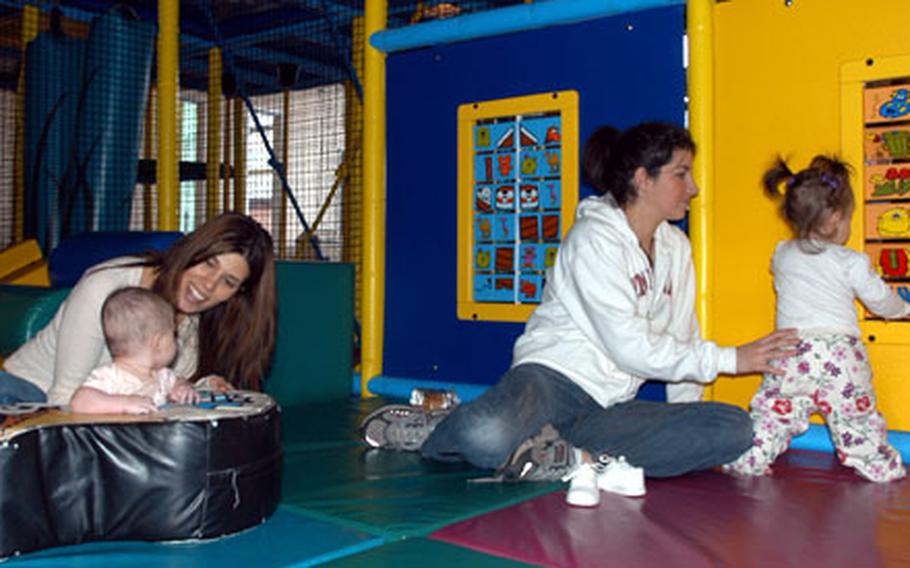 RAF MILDENHALL &#8212; Parents of young children breathed a sigh of relief days before the start of the new year when officials at the Bob Hope Community Center reopened the Kids Zone play area after a two-month closure.

&#8220;We opened it up and had kids in the same day,&#8221; said center director Stephanie Lown, who estimated about 40 children scamper through the facility each day.

The indoor play area, which consists of plastic playground equipment and foam padding to absorb falls, closed Oct. 18 following an Air Force inspection that deemed it unsafe. No injuries had been reported in connection with the closing, but Air Force inspectors said the three slides had too much space between them and posed a danger to children.

The slide area has been temporarily cordoned off from the rest of the play area with child-safe netting while officials wait for a replacement slide to arrive. In October, 100th Services Squadron airmen repaired a few minor problems found in the inspection.

Parents enthusiastically greeted the reopening of the main indoor play area for children 7 and younger.

Cunningham&#8217;s friend and fellow parent of two, Desiree Collert, said the Kids Zone is key to getting the children out of the house in Britain&#8217;s typically foul winter weather.

Two years ago, the base chapel constructed the Kids Zone out of half of the center&#8217;s ballroom, with roughly $40,000 provided by the now-defunct Combat Care program.