RAF Mildenhall chapel to get a new look 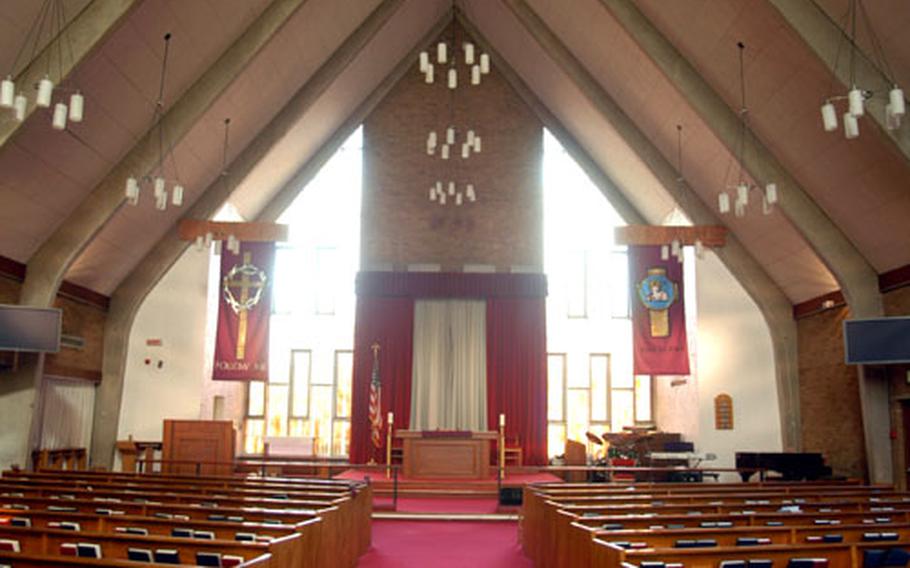 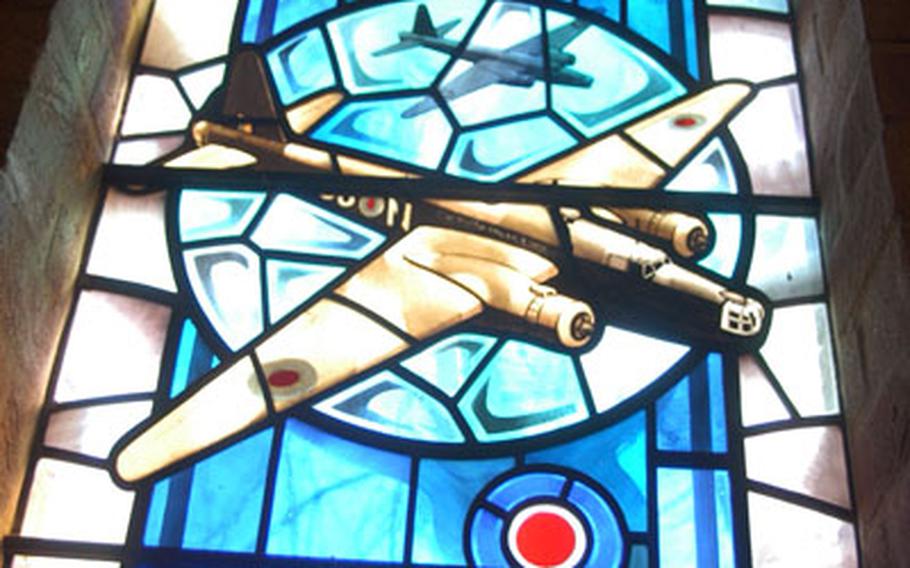 The stained glass windows at the RAF Mildenhall chapel will remain in place as the building undergoes a comprehensive renovation. (Ben Murray / S&S)

Worship services will take place in a smattering of temporary locations during the refurbishment, said Emma Doel, secretary to the 100th Air Refueling Wing chaplain.

In store for the 36-year-old chapel is a comprehensive utility and aesthetic improvement, including a new heating and lighting system throughout the building, new floors and carpeting and a new kitchen, among other upgrades, Doel said.

The sanctuary, or main worship area, will receive new carpeting ceiling tiles and kneelers, refurbished pews and other improvements, she said.

The renovation is expected to cost about $2 million, she said.

The extended closure of the chapel has sent numerous church-affiliated groups searching for temporary space until the building reopens. It also means a hiatus for the chapel&#8217;s religious-education and Sunday school offerings, Doel said.

Mothers of Preschoolers, which used the chapel for its twice-monthly gatherings and steering meetings, cut its spring schedule short and will hold its last event in Liberty Park at Lakenheath, said MOPS publicity chairwoman Shelly Criswell.

The group of 30 to 40 mothers of kids age 5 and younger are hoping to secure a new venue, possibly at a local youth center, by the fall, Criswell said.