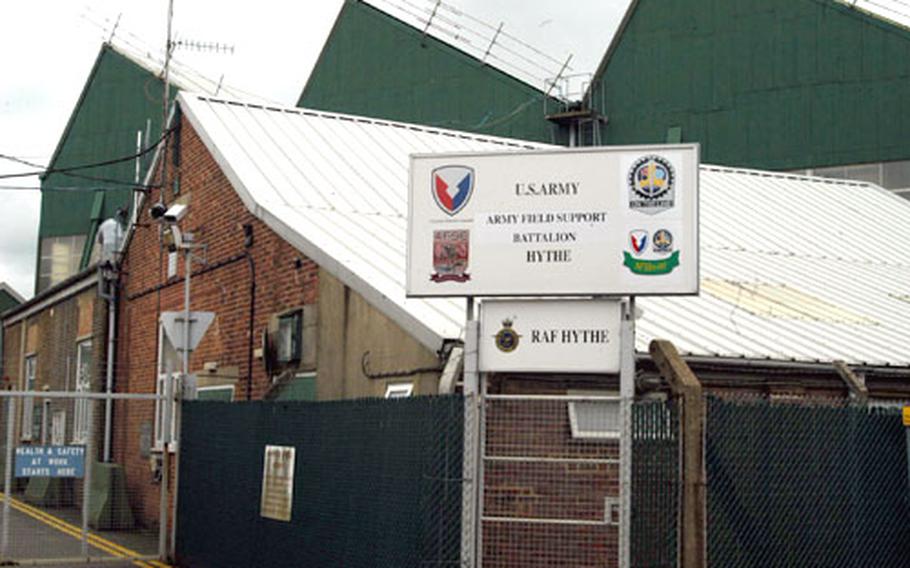 The Field Support Battalion-Hythe will cease operations at the end of September. (Bryan Mitchell / S&S)

The Field Support Battalion-Hythe will cease operations at the end of September. (Bryan Mitchell / S&S) 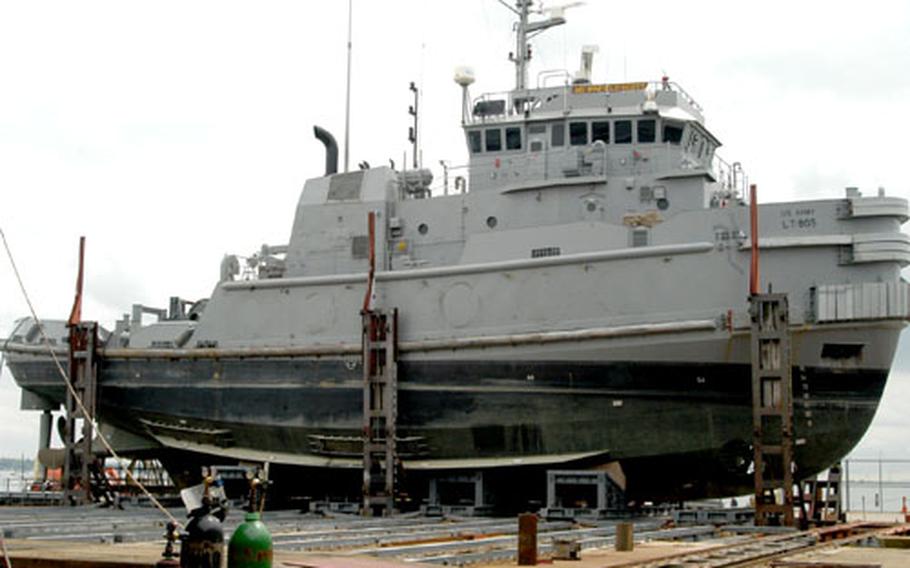 One of the Army’s 128-foot tugboats is retrofitted by the staff at the U.S. Army’s Field Support Battalion-Hythe as the installation prepares for closure. (Bryan Mitchell / S&S) 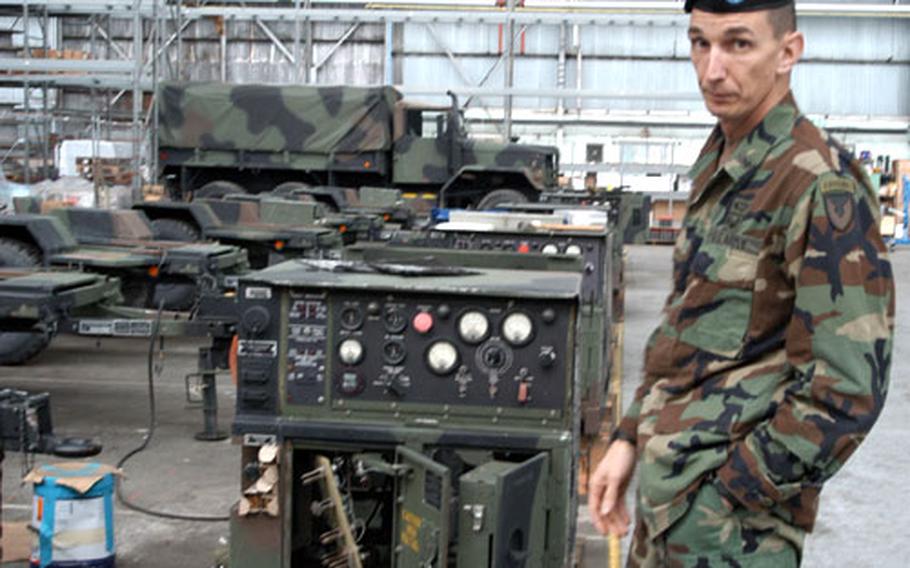 The U.S. Army Field Support Battalion-Hythe commander, Lt. Col. Martin Binder, stands next to a row of electric generators, just back from Afghanistan, that the staff is refurbishing. (Bryan Mitchell / S&S)

RAF HYTHE &#8212; Here on a quiet, tucked-away stretch of southern English coastline, the U.S. Army is slated to close its last installation in the United Kingdom.

The Field Support Battalion-Hythe will cease operations at the end of September after nearly 40 years nestled alongside the Hampshire shipyards and, more recently, the luxury cruise ship Queen Mary 2.

The Army Field Support Brigade Europe announced the closure May 9, citing &#8220;ongoing realignment and transformation.&#8221; The Pentagon said the closure will save $15.2 million annually &#8212; the installation&#8217;s operating budget.

The Army has employed 210 British nationals at the 11-acre facility, which has specialized in the maintenance, storage and support of forward-deployed Army watercraft since the late 1960s.

&#8220;It is a unique capability that your typical Army officer does not grow up seeing,&#8221; said Army Field Support Battalion-Hythe commander Lt. Col. Martin Binder. &#8220;It does surprise many people that the Army does have this many watercraft.&#8221;

Hythe&#8217;s mission had been to maintain 60 ships that were essentially contingency vessels, according to Binder, a 43-year-old Lorain, Ohio, native who is the only Army official stationed at the base. Binder will be reassigned.

Those ships already have been transferred to Army pre-positioned sites in Kuwait and Japan, Binder said. Between 2002 and 2004, the Army sent the vessels to Yokohama North Dock in Japan and Kuwait Naval Base in the tiny Persian Gulf nation.

But that does not mean work has ceased. The facility&#8217;s highly skilled workforce is tackling a range of refurbishing projects, many of which fall outside the Army&#8217;s inventory of goods.

Rebuilding electrical generators just back from Afghanistan, refitting an Air Force side-loading storage container from RAF Mildenhall and refurbishing an Army flatbed semi-trailer are among the staff&#8217;s projects.

The soon-to-be-displaced tradesmen also are upgrading some of the Army&#8217;s largest vessels. Tugboats 128 feet long are being fitted with a new wheelhouse and upper deck. The ocean-going vessels will have a much larger control room and the latest in maritime technology.

All of that work will end in four months when the Army vacates the installation.

The future of the facility, which sits on Royal Air Force property that has been used by the British Ministry of Defence since World War I, is unclear.

The U.S. Army will conduct a preliminary study to determine if any contamination exists, according to Lee Davis, head of disposal of Defence Estates, the property branch of the British Ministry of Defence. &#8220;Recent rule changes mean the U.K. will clean up any normal industrial contamination,&#8221; Davis said.

The property will first be offered to the Ministry of Defence and then any other British government agency.

If there&#8217;s no interest, the site would be put up for sale on the open market, Davis said.

The workers say they hope the site will be used for industry but fear waterfront condominiums will sprout from the land, as they have in an open tract adjacent to the installation.