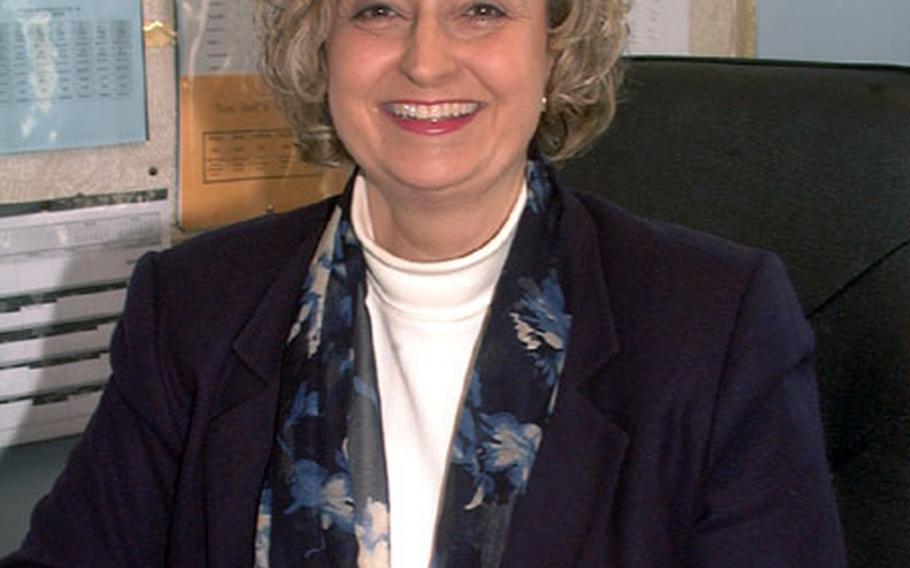 Noni Hoag, assistant principal at Lakenheath Middle School at RAF Feltwell, England, has been named the Assistant Principal of the Year for the Department of Defense Education Activity. (Ron Jensen / S&S)

RAF FELTWELL, England &#8212; Noni Hoag is the youngest of five children born to a cowboy father and schoolteacher mother in southern Colorado.

But all of her siblings have dabbled in education at least briefly during their adult lives. And Hoag has been an educator for 24 years.

Had Hoag listened to her mother, she would not have been named the assistant principal of the year for the Department of Defense Education Activity.

The selection program is sponsored by McDonald&#8217;s and the National Association of Secondary School Principals. An assistant principal is chosen from every state, plus DODEA, for the honor. A national winner will be named at the NASSP convention February in San Diego.

Hoag is assistant principal at the Lakenheath Middle School at RAF Feltwell, England. Her varied experience has been building toward this honor. She has been a classroom teacher at every level and served as a curriculum liaison for the United Kingdom district.

She has been a member of professional committees and honored more than once by Phi Delta Kappa, the professional organization for educators.

In her third year as assistant principal at Lakenheath, Hoag&#8217;s experience is evident, said Jannett Klinke, the principal.

It seems fitting, too, that Hoag receives the honor while serving at a middle school. It is an age when children are undergoing great change and present great challenges.

Richard Nicholson, the middle school&#8217;s other assistant principal, said middle school students are often a handful for teachers. He said Hoag has a knack for enabling a teacher to deal with a tough situation by helping that teacher find within himself or herself the necessary skills rather than dictating a course of action.

Hoag said she has enjoyed all of her jobs as an educator, but added, &#8220;My personal best experiences are dealing with middle schoolers because I just like that age.&#8221;