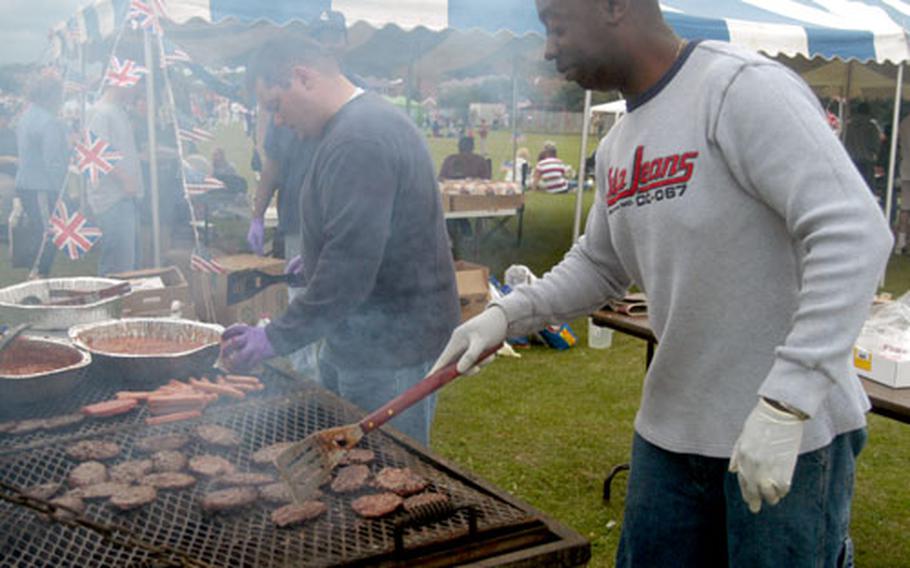 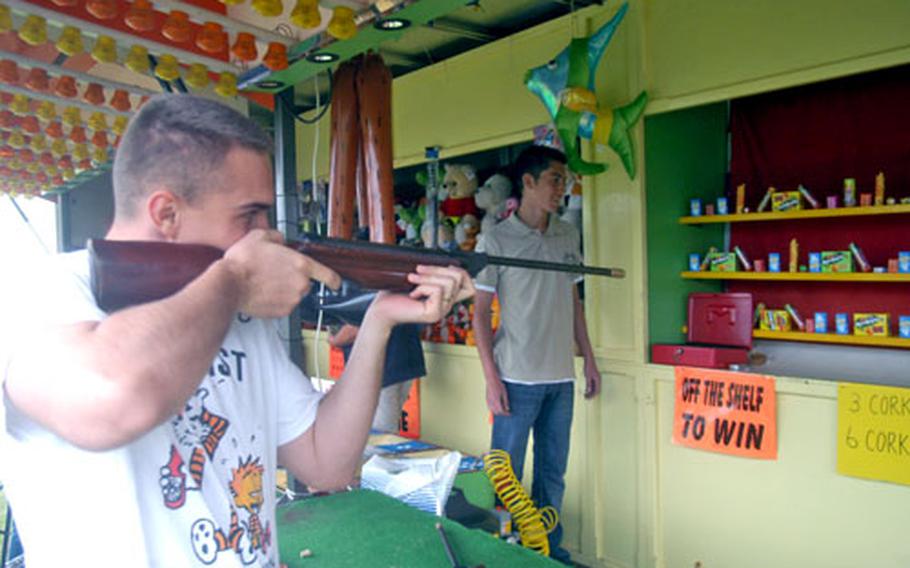 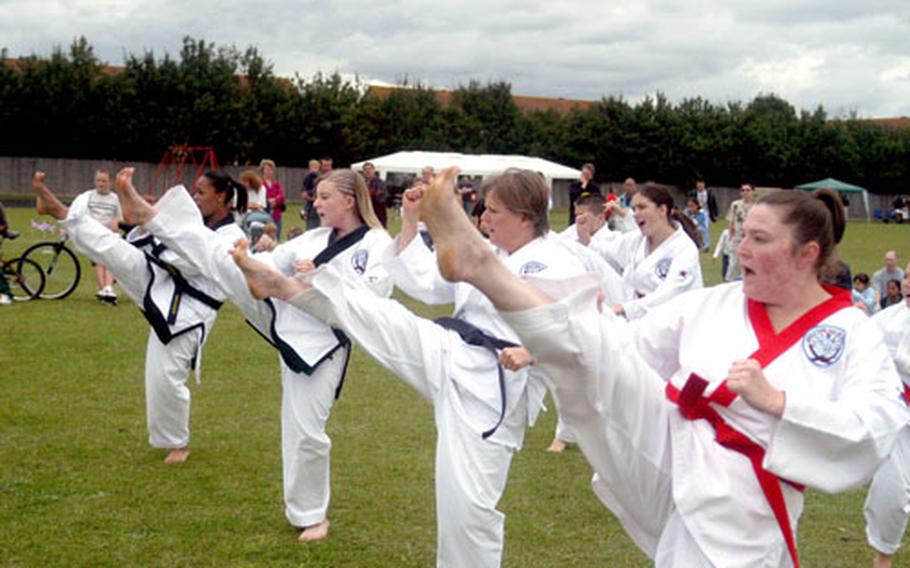 CAVERSFIELD, England &#8212; The village of Caversfield, England, is an odd one.

It consists of a handful of old houses, plus several hundred that were built by the British military after World War II to house British and American military members and their families.

There is no downtown, no business district.

&#8220;No pub, unfortunately,&#8221; said Odette Phipps, chairwoman of the committee for British-American relations at nearby RAF Croughton, home of the U.S. Air Force&#8217;s 422nd Air Base Support Group.

Without a central gathering place for socializing, Phipps said, the British citizens who live in houses abandoned by the military over the years and the Americans who work at RAF Croughton and live in the rest of the houses have no place to mix.

That&#8217;s why Phipps&#8217; committee organized Saturday&#8217;s Summer Fete on the large green park in the center of Caversfield. Smoke rose from grills where hamburgers and hot dogs were being grilled. American music blared.

And people from Caversfield got to know each other.

Many of the nearly 400 active-duty members in the 422nd Air Base Group live in the Caversfield housing.

People recognize their neighbors and may nod as they pass. But for people who speak (almost) the same language, there is little mixing.

Phipps said one reason is the frequent coming and going of Americans, who may live in Caversfield only two or three years before moving on.

Briton Donna Cooling, who has seen Yanks come and go at Caversfield, said her children, Charles, 11, and Beatrice, 7, are most affected.

The Summer Fete, held under a sky the color of slate, was considered a positive step in furthering relations in the village of brick houses.