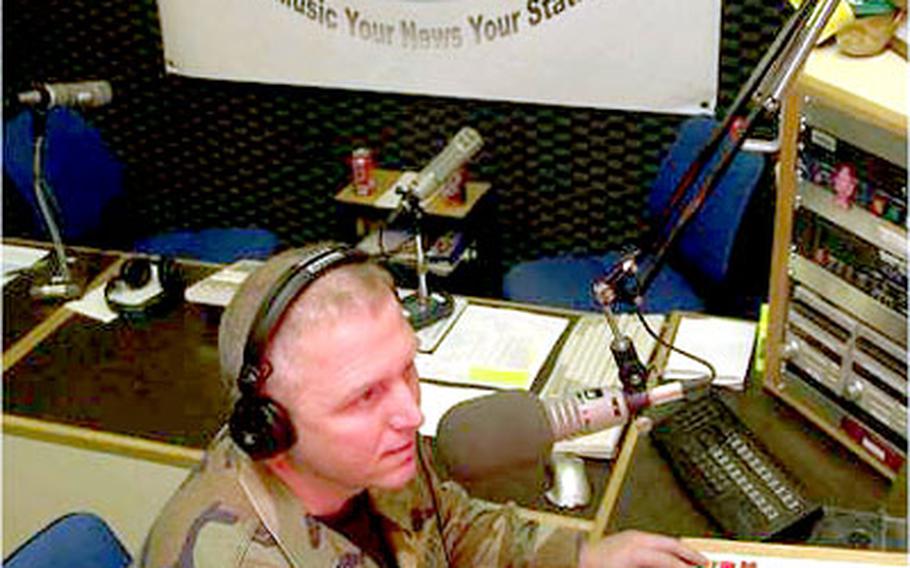 Air Force Tech. Sgt. Mike Burnette, who came up with the “Home for the Holidays” contest, works at the radio station Z-100.2. (Courtesy of the U.S. Air Force)

KAISERSLAUTERN, Germany &#8212; Single servicemembers in the Kaiserslautern area wishing for a visit home this holiday season ought to put those dreams in writing.

For the second year, American Forces Network&#8217;s Kaiserslautern-based radio station Z-100.2 is sending a single or unaccompanied servicemember on an all-expenses paid trip to New York City and then on home for Christmas.

Z-100 D.J. Mike Burnette came up with the idea for Operation: Home for the Holidays last year as a way of paying back his loyal listeners.

&#8220;I&#8217;m always looking for ways not only to promote the radio station but to help the community,&#8221; said Burnette, an Air Force technical sergeant.

The station teamed with the Army and Air Force Exchange Service and AAFES&#8217; Chrysler New Car Sales office in Kaiserslautern, which are funding the trip to the tune of about $4,000. And it hooked up with New York radio station WHPZ-Z100 &#8212; the radio station with the largest audience in America &#8212; to add a Big Apple element.

To win a trip, a servicemember who hasn&#8217;t been home for at least a year has to write a letter explaining why he or she is the best candidate for a homecoming.

The letters must be in by noon Dec. 10, and Burnette will announce the winner on the air Dec. 11.

More information about the contest is available on the AFN Web site at www.afneurope.net/Kaiserslautern/.

Letters may be sent to Michael.Burnette@Ramstein.af.mil. Letters also may be dropped off at any of the AAFES new car sales offices in the Kaiserslautern area.