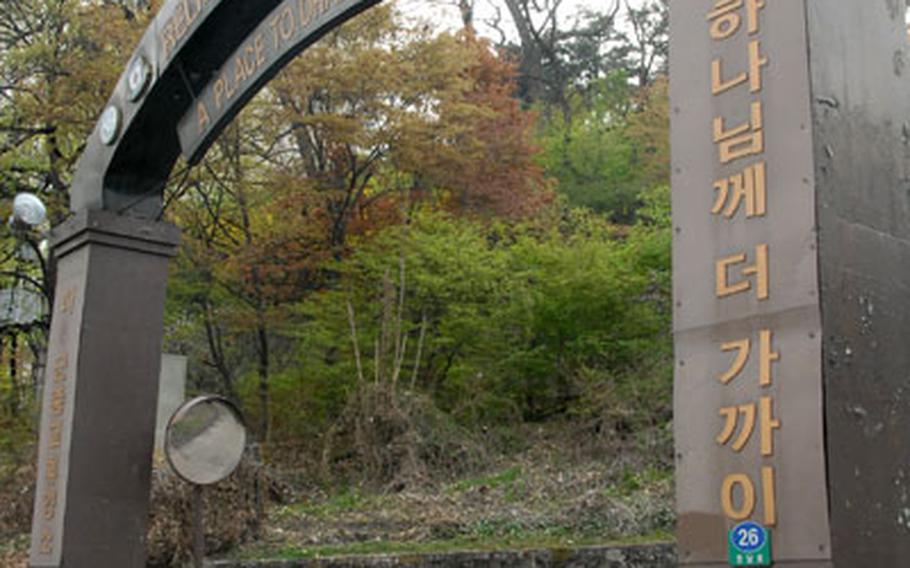 The Religious Retreat Center in Seoul will be the site of Passover Seders on Saturday and Sunday. (T.D. Flack / S&S)

The Religious Retreat Center in Seoul will host its annual Passover Seders Saturday and Sunday.

The Seder is a traditional meal and remembrance of how Moses led the ancient Hebrews out of slavery in Egypt.

Meanwhile, a new rabbi sent to South Korea by a Jewish outreach organization unaffiliated with the military also will host a Seder in Seoul.

People are still welcome to make reservations and servicemembers won&#8217;t be turned away, he said.

Weiss recommends that anyone interested in the military retreat center services who doesn&#8217;t traditionally observe Passover should come on the second night, which will be less crowded.

There will be a holiday lunch served the next day, followed by the second Seder at 8 p.m.

Defense Department personnel can make reservations to stay at the Religious Retreat Center throughout the weekend. A U.S. Forces Korea command letter authorizes all commands to grant passes to servicemembers for religious purposes this weekend.

The entire program is free, but donations are encouraged.

Weiss was instrumental in the second option. He encouraged the Chabad group to send a rabbi to South Korea. Seoul is one of the last major Asian cities without a Chabad rabbi.

On Saturday, newcomer Rabbi Osher Litzman will hold services and a Seder at the Western Co-op Residence near Dongdaemun Station.

To make reservations for the Religious Retreat Center in Seoul, call Weiss at 010-3100-3329 or e-mail him at avi.weiss@us.army.mil.