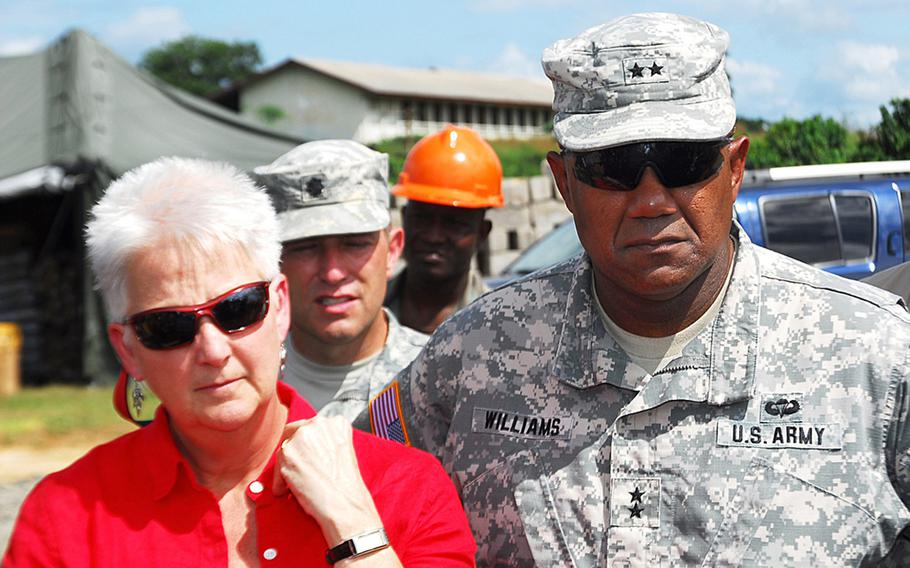 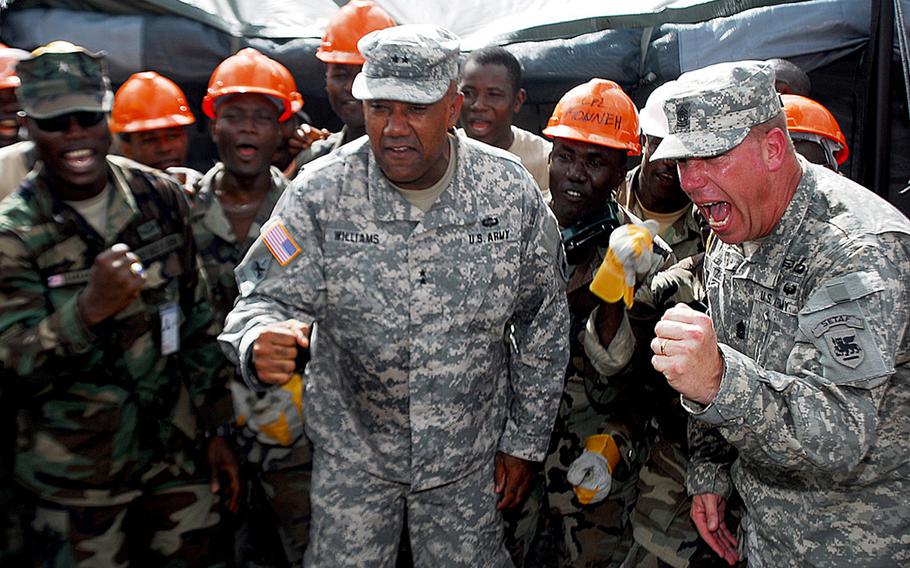 VICENZA, Italy — “Army leadership” unexpectedly decided to quarantine U.S. Army Africa troops as they returned to Italy from a mission in Liberia because they wanted to “reassure both our soldiers and family members,” Maj. Gen. Darryl Williams said by videoconference Tuesday.

Williams, who spent a month commanding those soldiers, was into his third day under quarantine along with 10 other soldiers. He was reportedly surprised to be greeted by workers in hazmat suits when he arrived by plane in Italy on Sunday.

“They wanted to take a more conservative approach,” said Williams, whose chief of staff less than a week ago emphasized that the returning troops would not be under quarantine.

The policy puts the Army at odds with the Centers for Disease Control and Prevention, which on Monday issued new guidelines calling for voluntary, home quarantine for people returning from West Africa who are at the highest risk of contracting Ebola. The new guidelines outline various risk levels, with the highest being health care workers whose protective gear may have failed or who were stuck by a needle while caring for an Ebola patient.

Most health workers needed to be subject only to daily monitoring, according to the CDC.

More than 75 troops returning from Africa will be housed in a Caserma Del Din facility that is physically separate from other Army personnel. They will be allowed no physical contact with family members but will have access to telephones and the Internet, Army spokeswoman Lt. Col. Alayne Conway said.

Officials say the troops will work while in isolation, and they’ll have access to a gym and entertainment facilities during off hours. Meals prepared on base will be delivered to the holding site, and troops will undergo twice daily health checks to monitor for signs of Ebola infection.

Williams said he and 10 others, housed within three buildings at Del Din, were eating food from the mess hall delivered in disposable containers, which were being burned after use. He said everyone was happy to be back in Italy, even if the garrison was enclosing their area with a temporary fence.

“We’re not frustrated at all,” he said. “We’re used to executing orders. We can exercise, watch movies … I Skype with my wife…

“We have 18 more days,” he said. Another group of about 30 soldiers will arrive in a few days, he said, followed by a third group a few days later. Each will be held in quarantine separately until 21 days — the outer limit of the Ebola incubation period — has passed.

Williams said the decision to isolate the servicemembers was not the result of calls for such measures by Italian officials. Vicenza Mayor Achille Variati had called for the quarantine, despite the fact that U.S. Army Africa officials have repeatedly said that troops never came into contact with Ebola patients.

The order to quarantine troops when they redeploy from Liberia and Senegal was announced Monday by Army Chief of Staff Ray Odierno. Conway said Odierno had delivered his recommendations on the Army’s Ebola safety procedures to the Secretary of Defense and Joint Staff, but officials in those divisions of the Pentagon would not comment early Tuesday on the apparent disconnect between the Army action and the Obama administration’s policies.

So far, the Army is the only military branch to order quarantine.

Italian media questions during the teleconference suggested that many local citizens remain fearful. One asked what was being done to treat the quarantined soldiers’ sewage. Another asked whether their computer keyboards might be contaminated by their sweat and whether the people delivering their food might become infected.

“We’re as healthy as you are,” Williams said.

Experts agree that there is no risk of contracting Ebola from asymptomatic carriers or through the air. They say that the virus is not transmissible until an infected person becomes quite ill, and then, only through the passage of body fluids — especially blood, stool and vomit — into mucous membranes.

Stars and Stripes reporters Chris Carroll and Jon Harper contributed to this report.