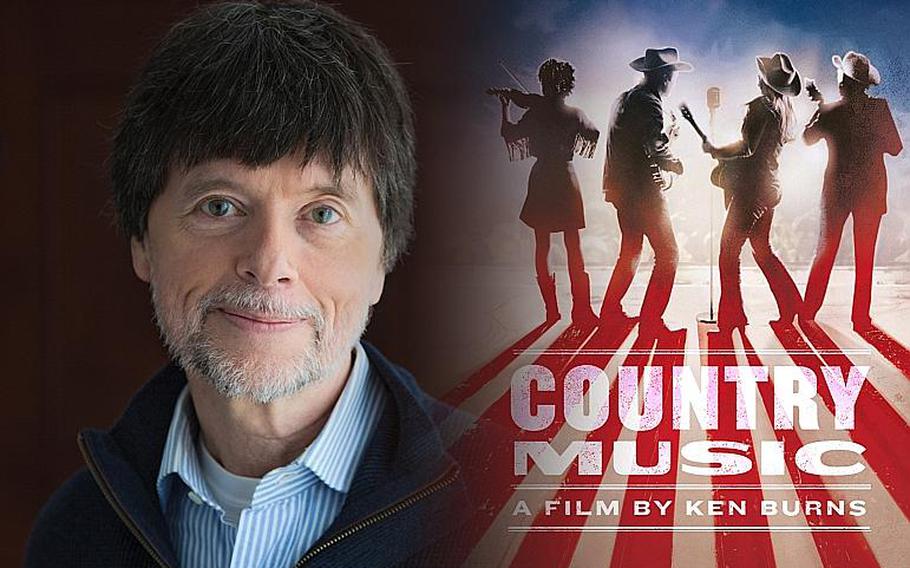 Documentary filmmaker Ken Burns recently spoke with Stars and Stripes about his new series, “Country Music,” which premiered Sept. 15 on PBS and begins airing Sept. 21 on AFN-Spectrum. Part of the interview is below, with his responses lightly edited for brevity and clarity.

Stars and Stripes: Why choose country music as the focus of a documentary series? Burns: From my very first film that I started working on 42 years ago, I’ve been interested in an emotional archaeology – not excavating dry data and facts and events from the past, and not succumbing to the superficial syrupy nostalgia and sentimentality. And I don’t think I know of any other film I’ve worked on that prompts those emotions like country music. This is about the joy at birth, the sorrow at death, falling in love, trying to stay in love, losing love, being lonely, seeking redemption, trying to have a relationship with your creator. These are such potent emotions — the two four-letter words, love and loss — that we don’t want to deal with it, so we pretend that country music is much more superficial ... that it’s about good ol’ boys and hound dogs and pickup trucks and six-packs of beer. Mostly, it’s about the heartache, about the joy of love and the heartache at the loss of love. And this is what everybody on the planet has experienced in their lifetime.

The documentary conveys the idea that the military helped popularize the genre of country music. How did that occur? What you have in the military is the ultimate melting pot. It’s an even faster one, because if the guy or gal next to you in a foxhole might be responsible for saving your life — whether it be in Afghanistan or Iraq, or back in Bosnia or Kosovo, or whether it’s Vietnam or Korea or World War II — and they love this music, you’re going to get to know it as well. The intimacy of service primes people to be receptive to how other people are. It’s not to say there aren’t divisions, but if the guy who just saved your life loves Ray Charles, you’re going to pay attention to Ray Charles. I think that’s a hugely important part of the dissemination of country music.

Did you always enjoy country music? I wasn’t what you’d call a fan. I was a child of rock ’n’ roll and R&B. But I worked in a record store in the late 1960s in Ann Arbor, Mich. I sold it and I knew it. I was very proud of the fact that in our extensive Merle Haggard scene — one of the biggest scenes in the whole film – I recognized every single one of those album covers, and I sold them in the record store. I knew that stuff.

What would you like viewers to take away from this documentary series? Vince Gill says it at the end of the film. He says, “All I really wanted out of music is that it moved me.” And that’s what I think country music does so well. It moves people. You have a relatively simple music — it’s not as complicated or sophisticated as classical music and some jazz — but it speaks right to the heart of all human experience, and that’s what we wanted to turn folks on to. They may already know about it and be good fans, but they’re going to learn much more. There are going to be folks who say, “Man, I’m a fan of everything you’ve done, but I really don’t like country music.” At the end of the eighth episode, they’ll be in this apologetic puddle. We love being evangelicals for this sort of thing.”