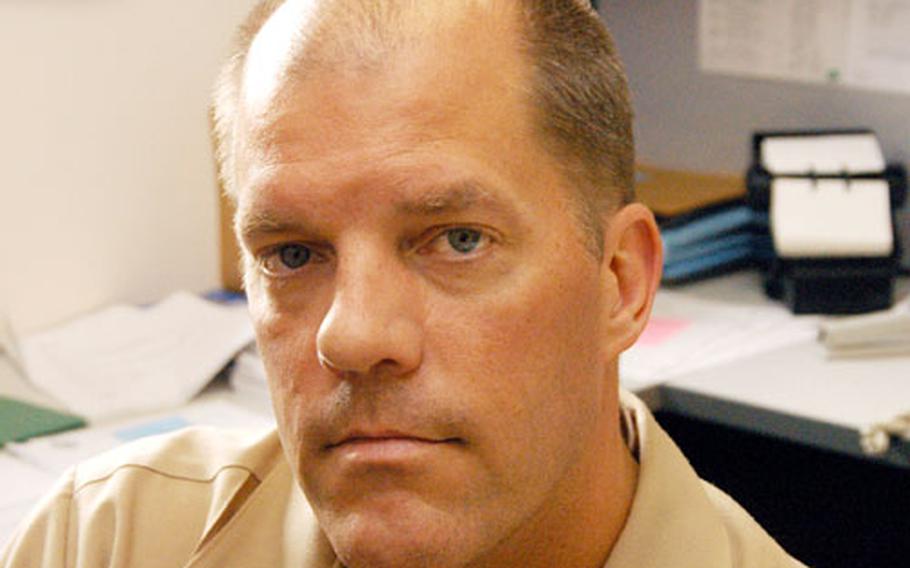 On Oct. 14, 2005, the Pentagon added wording to Article 134 of the Uniform Code of Military Justice to make patronizing prostitutes a specific offense. Article 134 now reads:

(a) That the accused had sexual intercourse with another person not the accused&#8217;s spouse;

(b) That the accused compelled, induced, enticed, or procured such person to engage in an act of sexual intercourse in exchange for money or other compensation;

(c) That this act was wrongful;

(d) That, under the circumstances, the conduct of the accused was to the prejudice of good order and discipline in the armed forces or was of a nature to bring discredit upon the armed forces.

With the latest prohibition in effect for a year, Stars and Stripes recently interviewed Lt. Cmdr. Chuck Le Moyne, with U.S. Naval Forces Japan&#8217;s judge advocate&#8217;s office, about the law and how it is applied.

What&#8217;s different about this from previous Defense Department efforts to educate people about and combat human trafficking?

Does the law apply in foreign ports and places where prostitution is legal?

The prostitution law specifically states sexual intercourse, but you&#8217;re still accountable for conduct under the general article (if you&#8217;re doing something else with the prostitute). There&#8217;s also an article on sodomy in the UCMJ that makes a crime to engage in acts that are not sexual intercourse. If you pay for an act of sodomy, the punishment is worse.

What is the burden of proof in these cases?

It depends. At a court-martial, you must prove evidence of sexual intercourse beyond a reasonable doubt. (In adultery cases, this means video or an eyewitness without the parties&#8217; admission.) Nonjudicial punishment, or Article 15, requires a &#8220;preponderance of evidence&#8221; &#8212; a much lower standard of proof. Administrative measures can also be taken in less egregious cases.

Has anyone in CNFJ been charged with patronizing a prostitute since the change?

I&#8217;m not aware of anyone being charged with that specific offense.

What is the penalty for prostitution?

The maximum is a dishonorable discharge, confinement up to a year, reduction in rank to E-1, and fines or forfeitures.

What if I&#8217;m in a bar where there appears to be human trafficking?

The DOD provides very specific training on detection, and the legal provisions of trafficking. It depends on the situation, but if there are some indicators that trafficking is going on, the only appropriate response is to report it.