Putin: Russian buildup on disputed islands is response to US military 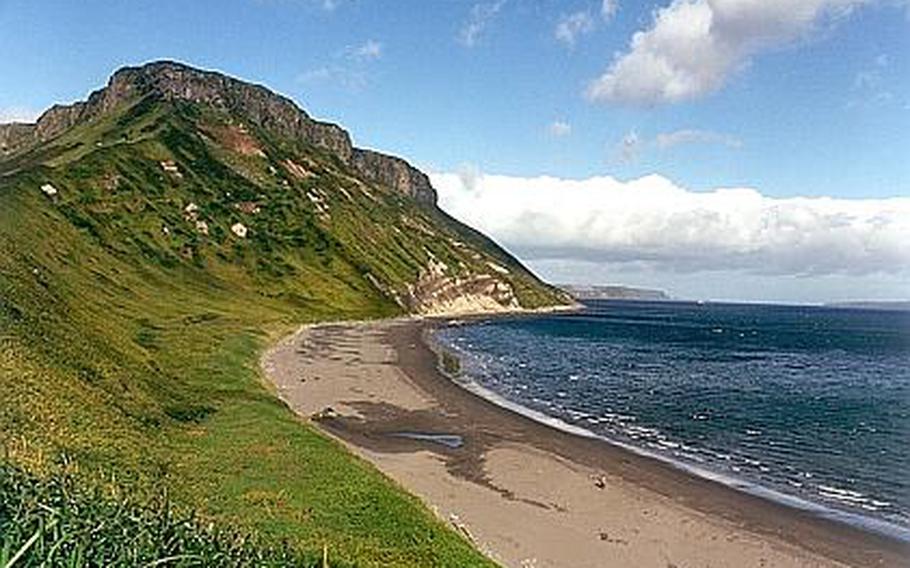 One of the Kuril Islands, shown here in an undated photo, where Russian President Vladimir Putin plans to send an additional military division to counter what he says is a threat from the U.S. military missile defense shield. (NOAA)

Russia is planning to deploy a division of troops and has already sent two types of anti-ship missiles to the Kuril Islands, which the Soviet Union claimed from Japan after it had announced its surrender at the end of World War II.

Meanwhile, the U.S. has been strengthening missile defense in the Far East, deploying a Terminal High Altitude Area Defense system to South Korea in March.

The THAAD system’s roughly 125-mile range is made to stop missiles in their terminal phase; however, analysts say China and Russia are concerned that THAAD’s radar could be used to track their missile systems.

Putin said Thursday that Russia’s buildup is a “countermeasure out of necessity” against the U.S. missile defense and not something started by Russia, according to a Kyodo News report.

“It will not undermine China’s or Russia’s strategic deterrent,” he said.

Demilitarization of the islands, known as the Northern Territories in Japan, is possible but should be considered in the context of reducing tension throughout the region, Putin said, according to Kyodo News.

Russia and Japan are negotiating joint economic development of the islands, but return of the islands has long been a rallying cry among right-wing supporters of Japan Prime Minister Shinzo Abe.

However, Putin expressed concern that they could be armed by the U.S. military if they were returned, according to Japan’s Asahi newspaper.

“A U.S. missile defense system may be deployed,” Putin said, according to Asahi. “Russia cannot accept that.”

“Whenever they are asked about increases in military deployments their standard approach is that it is a response to American provocation,” Brown said.

Russia appears to be trying not to antagonize Japan, despite the deployment of 3K60 Bal and K300P Bastion-P missile systems to the islands, he said.

The longer-range Bastion-P, which has carried out strikes in Syria, has been installed on what Japan calls Etorofu Island, the northernmost of the disputed territories. The shorter-range Bal is on Kunashhiri Island, close to Japan’s Hokkaido, he said.

“The Russians have minimized the amount of Hokkaido that can be covered by these missiles,” Brown said. “One system just upgrades an older anti-ship missile that had been there for some time. The Japanese are fairly relaxed (about the deployments).”

It’s unclear how many troops are in the Russian division headed to the islands, which already host 3,000 troops.

“Even with these increases it will still be a lot less than the Soviets had there during the Cold War,” Brown said. “They used to have a fighter base (on one of the islands) but now they only have a few helicopters.”