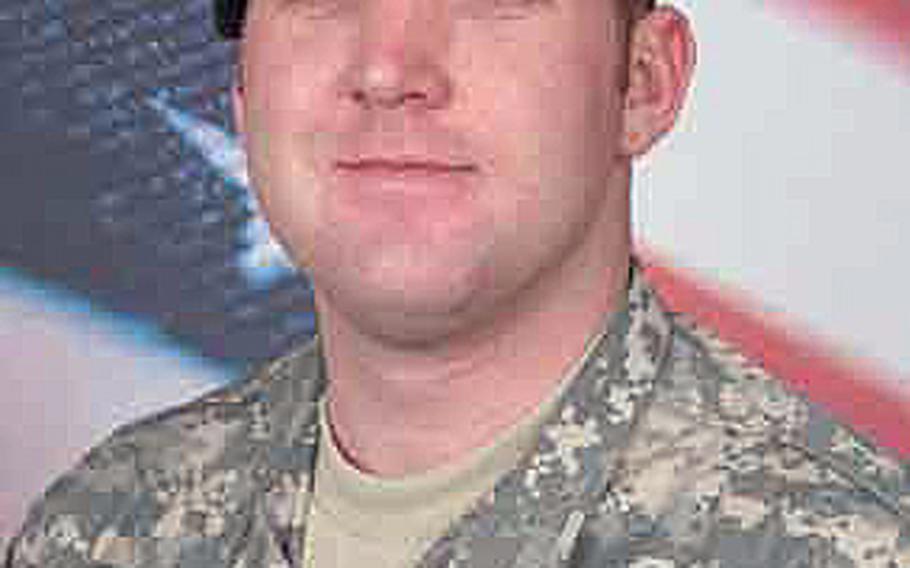 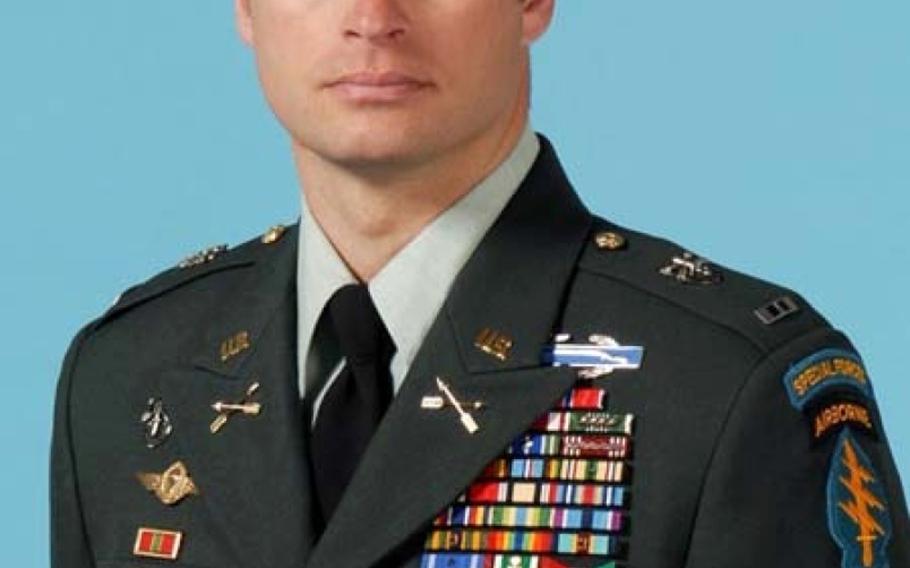 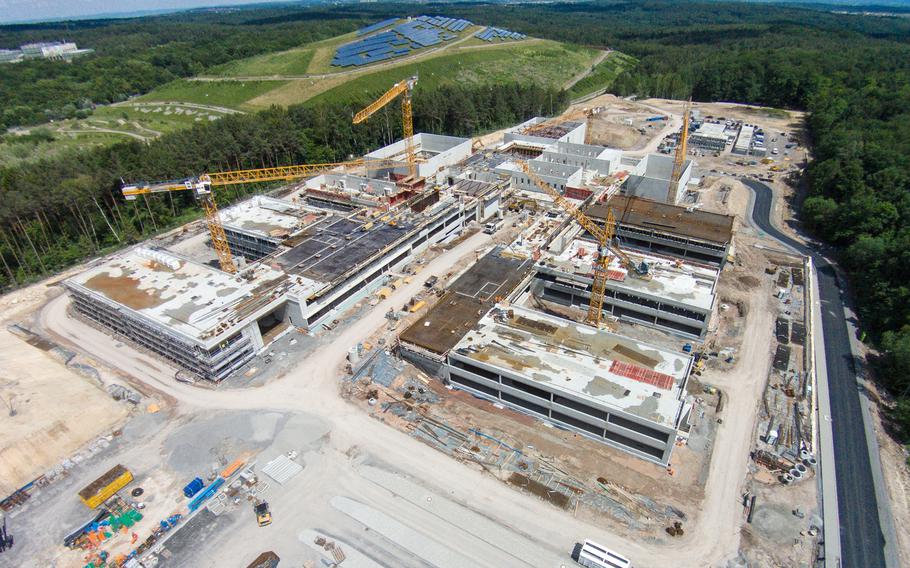 As seen in this aerial view, work continues on the new high school and elementary school for Stuttgart, Germany, students. Garrison officials have proposed that the new schools, slated to open next school year, be named after two Green Berets who were killed in combat in Afghanistan. (Courtesy of U.S. Army Garrison Stuttgart)

STUTTGART, Germany — The new Stuttgart High School and Stuttgart Elementary School, slated to open next year, will bear the names of two fallen Green Berets, if the military community here has its way.

As construction continues on the two schools, scheduled to open in time for the 2015-16 school year, a push is underway to name the high school after Chief Warrant Officer 2 Douglas M. Vose and the elementary school after Staff Sgt. Patrick F. Kutschbach. Both were killed in combat in Afghanistan.

The move would mark the first time that any Department of Defense Education Activity schools in Europe have carried the names of servicemembers killed during the post-9/11 era, and only the second time worldwide, according to DODEA. Hampton Primary School at Fort Bragg, North Carolina, is named after Capt. Kimberly N. Hampton, a helicopter pilot shot down in Iraq in 2004.

“My desire is to always take the opportunity to recognize those who have sacrificed everything,” said Col. John Stack, garrison commander in Stuttgart, who has led the push to rename the schools.

“These particular soldiers served here, deployed from here and went into harm’s way. They were on the leading edge of combat in Afghanistan and they didn’t come back,” Stack said. “So when we build a significant structure like these schools, I think it is a fantastic opportunity to recognize the sacrifice.”

During more than a decade of fighting in Iraq and Afghanistan, more than 5,000 troops have been killed in action. In the years ahead, as military communities come to terms with those sacrifices, it’s likely there will be more requests to get base buildings and schools named after fallen troops. It’s only natural for communities to honor those who died in the line of duty, Stack said.

Stack’s request is moving up the chain of command. He has already won support from top Army officials in Europe, including U.S. Army Europe commander Lt. Gen. Donald Campbell, he said. Now, the request is headed to DODEA headquarters, where the final decision will be made.

Robert Purtiman, a DODDS-Europe spokesman, declined to comment on whether school officials intend to endorse the plan, saying he didn't want to influence the process.

As a matter of DODEA policy, schools are generally named after their respective cities or towns. But there are exceptions, such as Stuttgart’s current Patch High School, which was named after a World War II general and is slated to close at the end of this school year.

Stuttgart, home to U.S. European Command and Africa Command, hosts some of the U.S. military’s most elite fighting forces, including the Army’s Green Berets and the Navy’s SEALs.

When Stack came up with the idea of naming the new Stuttgart schools after fallen soldiers, he reached out to troops with the 1st Battalion, 10th Special Forces Group, a unit that has spent much of the past decade operating in Afghanistan. The 1-10 command put forward the names of Vose and Kutschbach.

Vose, who was killed in 2009 during combat operations in Afghanistan, was known in his unit for his physical toughness and courage under fire.

Kutschbach, who was killed in action in 2007, also was admired for calm and courage under fire.

“Those battles were fought and won by the guys on the ground, the chiefs, the staff sergeants, who made the ultimate sacrifice,” Stack said. “Stuttgart (High School and Elementary) is not a bad name, but you’re missing an opportunity to honor a servicemember and show the community we don’t forget.”