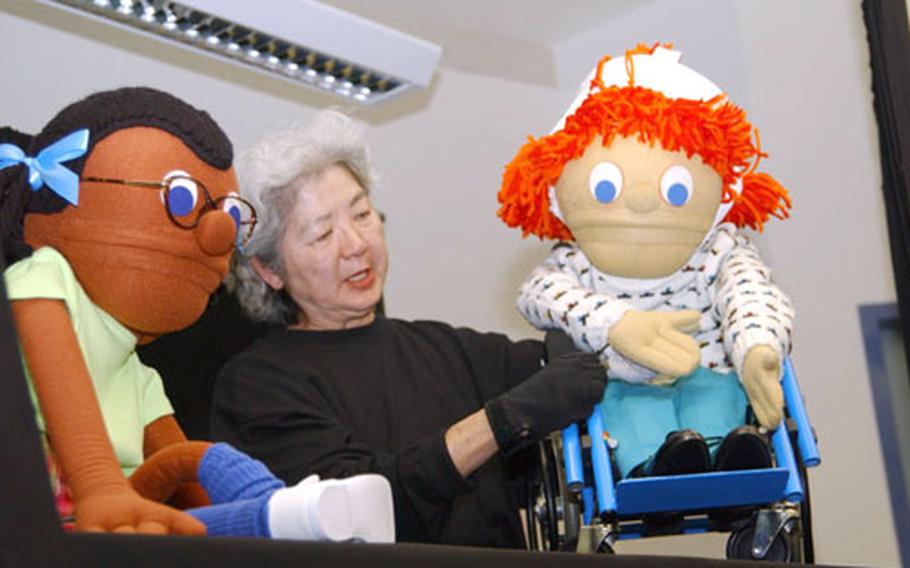 During a performance Wednesday at Würzburg Elementary School in Germany, Kids on the Block puppeteer Mary Bolsom helps puppets Mike Riley and Melody James discuss what it&#39;s like to have cerebral palsy. (Lisa Horn / S&S)

During a performance Wednesday at Würzburg Elementary School in Germany, Kids on the Block puppeteer Mary Bolsom helps puppets Mike Riley and Melody James discuss what it&#39;s like to have cerebral palsy. (Lisa Horn / S&S) 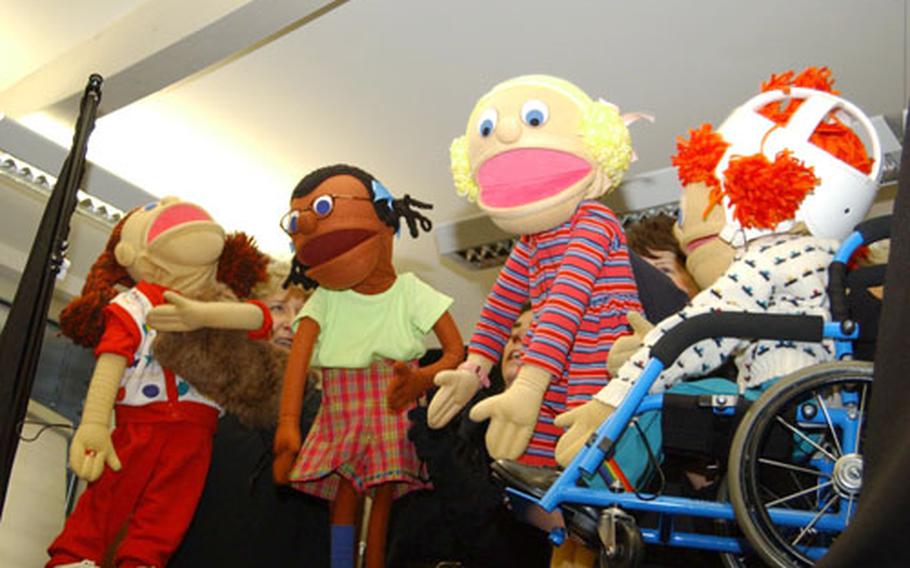 The Kids on the Block puppets perform at Würzburg Elementary School in Germany on Wednesday. The skits included lessons on learning disabilities, physical handicaps and deployed parents and relatives. (Lisa Horn / S&S)

W&#252;RZBURG, Germany &#8212; Melody James seems to have a lot in common with DODDS fourth-graders &#8212; she enjoys making new friends, going to the movies and has three brothers that drive her crazy. She has few concerns, except for thinking a lot about her dad who has recently deployed to Iraq.

The similarities end there, however. Melody is a puppet and a member of the Kids on the Block, a program that uses puppets to teach children about physical learning disabilities and social issues.

The Bavaria Kids on the Block troupe visited fourth- and fifth-graders Wednesday at W&#252;rzburg Elementary School, where skits focused on learning disabilities, physical handicaps and deployed parents and relatives.

Thanks to an increase in funding for the program, it is the first year that the Bavaria troupe has had a complete performance schedule.

There are also Kids on the Block programs at Department of Defense Dependents Schools in the United Kingdom; Heidelberg, Germany; the Mediterranean and the Pacific.

After each skit, the puppets encouraged pupils to ask questions. The children raised their hands in response and talked to the puppets as though they were classmates.

The deployment skit, &#8220;Wait Till the War is Over,&#8221; brought the most hands Wednesday and is typically the most emotional skit, Lightle said.

Another pupil asked the puppet how it feels to have her dad gone.

Upcoming Kids on the Block performances by the Bavaria, United Kingdom and Heidelberg troupes (times are to be announced unless listed):